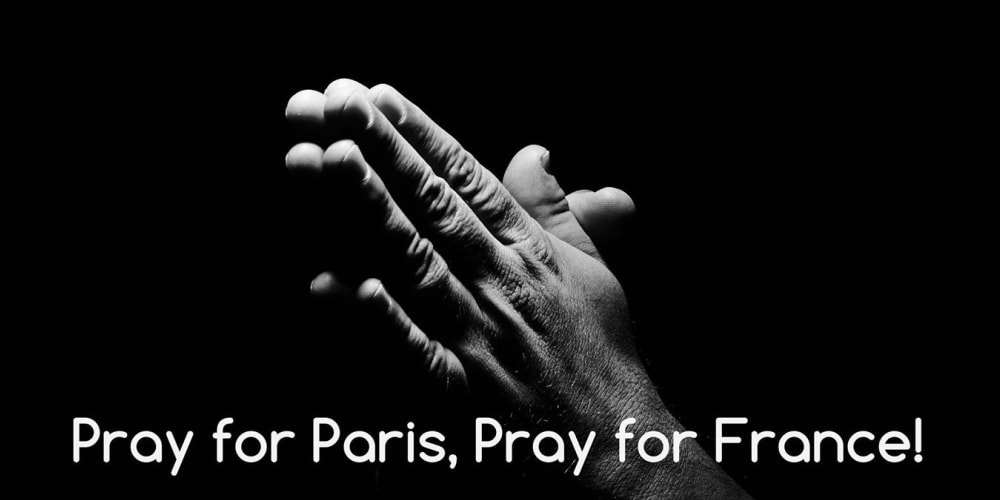 The Seventh-day Adventist Church and its members worldwide offered prayers and support for Paris after a series of shootings and explosions killed scores of people.

France declared a state of emergency and closed its borders after at least 80 people were reported killed in a concert hall and 50 others died in attacks on restaurants and near a stadium on Friday night.

“We express our solidarity with all French people,” he said in an e-mailed statement.

The Inter-European Division noted in the same statement that twin suicide bombings killed at least 43 people two days earlier in Beirut, Lebanon, a possible indication that “terrorism is growing more and more uncontrollable.”

“Human life is precious in God's eyes,” it said. “When people turn away from God's directions and wisdom, they become a threat to the freedom of those who unfortunately cross paths with these agents of Satan.”

French President Francois Hollande declared the attacks an “act of war”carried out by the Islamic State militant group.

Ted N.C. Wilson, president of the Adventist world church, said that “our hearts go out to the people and families suffering in the tragedy unfolding in Paris.”

“Please pray for a return to safety and peace,” he said
on his Facebook page, adding, “May dire situations like this awaken all to the need for God and His love to be supreme in our lives as we see prophetic events taking place which herald the Lord's soon return.”

Let's keep Paris and the families affected by the tragedies in prayer. #AECprays.

Adventist believers around the world took to social media to express their sorrow and to lift up the people of Paris in prayer. The hashtag #PrayforParis was trending on social media.

“Prayer unites us in terrible moments!” the Newbold Church in Bracknell, England,
said on Facebook. “Remember our friends and family in Paris. What a tragedy.”

The Adventist-owned college, located on the campus of the church’s Newbold College of Higher Education, posted a black-and-white photo of praying hands with the words, “Pray for Paris, pray for France!”

ADRA International, the church’s humanitarian and relief agency
tweeted that “our prayers are in Paris tonight.”

“Please join and pray for our brothers and sisters who are now victims, survivors, hostages, and their families,” it said.

“Let’s keep Paris and the families affected by the tragedies in prayer,” said the
Allegheny East Conference, which oversees the work of 96 historically African-American churches with 31,000 members in Delaware, the District of Columbia, Maryland, New Jersey, Pennsylvania, Virginia, and West Virginia.

John Bradshaw, speaker and director of It Is Written television,
said he was saddened but not surprised by the events.

“For me, one very sad thing about the terrible tragedy in Paris is that I'm not surprised it happened. And that neither are you,” he said, adding in French, “Dieu ait pitié,” or “God have mercy.”

Some church members expressed concern about what impact the attacks might have on migrants. Europe is grappling with its biggest migrant crisis since World War II as hundreds of thousands of people fleeing wars in Syria, Iraq, and Afganistan seek to resettle on the continent.

“[I’m] devastated just thinking of the effects this will have on refugees already facing a terrible winter and more,”
said Ashley Eisele, senior content manager for ADRA International.

The mood was bittersweet at Oakwood University in Huntsville, Alabama, where more than 35 people were baptized at an evening service.

“I can’t stop crying because on a night when so many died, my friends are gaining a new life in Christ,” a sophomore tweeted.

Read 4 lessons for Adventists from the Islamist attack in Paris on Jan. 7, 2015

Christopher Holland, speaker and director of It Is Written Canada,
said the attacks offered a reminder that Jesus’ return was near.

“The Paris situation reminds us that Satan is the ultimate terrorist, seeking whom he can destroy because he knows his time is short,” he said.

The Inter-European Division statement also focused on the hope of Jesus’ Second Coming.

“We pray that the Lord may comfort those who are experiencing this unexpected and incomprehensible pain,” it said. “We pray our Lord may strengthen the faith and hope of those who are waiting for His return to establish a new world where peace and mutual respect will reign for ever.”