Adventists Join WHO to Support World No Tobacco Day 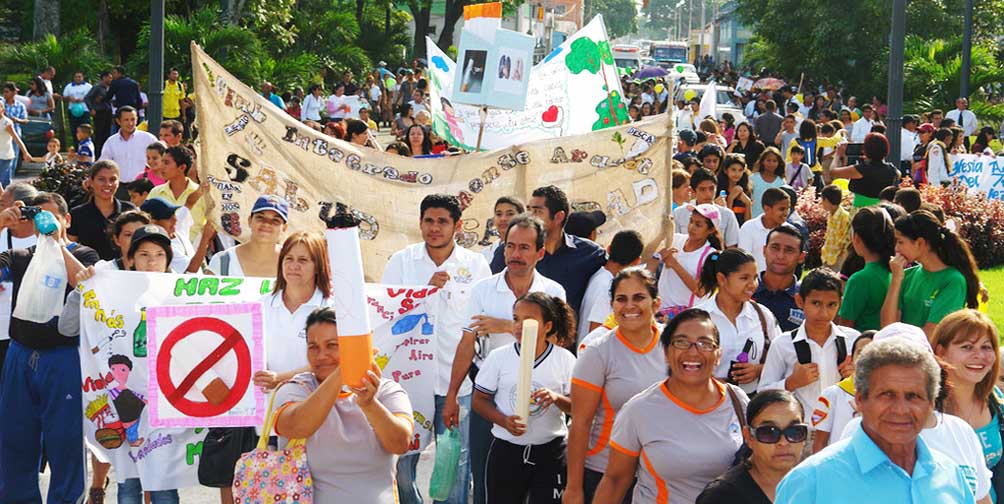 The Seventh-day Adventist Church is joining the World Health
Organization to mark May 31 as World No Tobacco Day.

The Adventist church supports this year’s theme, “Raising Tobacco Taxes,” which
is a core policy recommendation of the church’s 1996 statement
on tobacco.

Dr. Peter Landless, Health Ministries director of the Adventist world church,
said increasing taxes on tobacco is one of the most cost-effective ways to
reduce the use of tobacco, especially among those who are young or poor.

“While we respect freedom of business in the marketplace, we
should also respect the freedom for citizens to establish policies that curb
the single most preventable cause of death,” he said.

Adventists — long known for a promotion of healthful living — were on record
against tobacco more than a decade before the denomination was officially
established in 1863.

“Tobacco use is the single most preventable cause of death
globally and is currently responsible for 10 percent of adult deaths worldwide,”
the WHO said in a statement.

As developed counties toughen their restrictions on smoking, tobacco companies
increasingly focus on developing countries, where they face less resistance.
Adventists are continuing anti-tobacco initiatives through the denomination’s
worldwide network of churches,
schools and hospitals.

In the Southeast Asian country of Cambodia, where smoking rates are about 40
percent among men, the Adventist Development and Relief Agency has implemented
anti-tobacco projects since 1995. Government health officials could once be
seen smoking during meetings, which prompted ADRA to partner with other
non-governmental organizations to help reduce the smoking rate down from 70
percent in the mid-1990s.

“ADRA is currently working on more awareness education through its rural based
development programs and partners where smoking rates have not reduced nearly
as fast as in the urban centers,” said Mark Schwisow, director for ADRA Cambodia.

In Bulgaria, smokers account for 45 percent of people between the ages of 25
and 64, said Valerie Dufour, Health Ministries director for the church’s
Inter-European Division. The Adventist church in Bulgaria is one of several
group advocating for the reinstatement of a ban on tobacco that was rescinded
by parliament in 2010, Dufour said.

In Portugal, the Adventist church has held smoking cessation programs since
1967, Dufour said. More than 4,000 programs have reached some 60,000 smokers in
the country.

The Adventist church first introduced a smoking cessation program in the 1950s.
In July, the church will release an updated version of the program, now known
as “Breathe Free,” that includes new research and methods. The new “Breathe
Free” was rewritten in collaboration between the International Commission for
the Prevention of Alcoholism and Drug Dependency and the Adventist-operated
Loma Linda University.

“We pray that this will serve as an impetus to renewed energy in the church’s
efforts to make the difference in the lives of many wishing to break the
habit,” said Landless, the Health Ministries director. “My prayer is that we
will answer this call. The need is clear and our duty defined.”