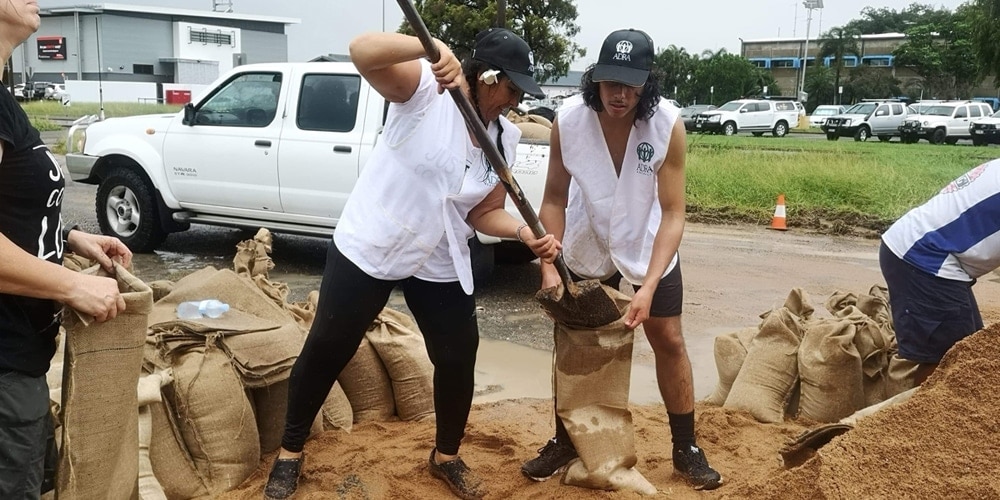 While the office has not been affected by flood damage, road closures are restricting travel to the site, which is also home to Aitkenvale Adventist Church, Riverside Adventist Christian School, and the church’s campground, Riverside Convention Centre. Despite the riverside setting, the buildings are unaffected because they are set high on the grounds above the swollen Ross River.

Speaking to Adventist Record early on February 4, 2019, conference president Darren Slade said he had not received any reports of damage to Adventist churches, the school, or the campground.

“Praise God that the campground is up high. Our camp caretaker and those staying on the campground were all able to stay in their homes last night, and there was no need to move," Slade said. “I have been in touch with my pastors. One of my pastors had water up to the top of the steps of his home, but it didn’t come in.

“Some [members] have evacuated as a precaution ... it’s still early hours yet; not everything has filtered through.”

Slade said the homes of some of the school families have been affected by floodwaters, while there are unconfirmed reports that several church members’ homes may also have been impacted.

“There hasn’t been much rain during daylight hours today, which has been a blessing, but more is forecast.”

The floodwaters have cut off roads to the north, south, and west of the city.

NAC youth ministries director Christos Spero, who lives in Rosella — one of the hardest-hit suburbs — was unable to return to his home.

“I left Townsville on Friday night for work and haven’t been able to get in,” he said.

Local Adventist churches were closed on Saturday (Sabbath) due to flash flooding that made road travel too risky.

Volunteers with the Adventist Development and Relief Agency (ADRA) were busy on February 3 filling sandbags and delivering them to significantly affected households.

“I’m very proud of our members who have put their own needs aside to go to the assistance of those more seriously affected,” Slade said.

“There will be a real work for us to do once the flooding has subsided and people are able to access their homes again — they will need a lot of assistance for the clean-up. It’s a great chance for us to connect with people in our community.”

The Queensland government has described the flooding as the worst in the region for decades, declaring it a disaster situation.

Acting Communities Minister Shannon Fentiman said the past few days had been incredibly tough for north Queenslanders, and many areas are still severely affected by flooding.

“This continued heavy rain and flooding has damaged homes, isolated communities, and displaced people from their homes,” Fentiman said.

At least 500 homes in low-lying areas of Townsville have been inundated, and several emergency evacuation centers have been established. Schools and childcare centers remained closed today.

The heavy monsoonal rain has affected communities as far as Mount Isa near the Northern Territory border.

Mount Isa pastor Pat Tuialii said members had placed buckets in his church to catch water leaking through the roof. “The water has gone through the downstairs of our house, but our family is safe upstairs where we reside,” he said. “Please keep us in your prayers.”

Slade also encouraged prayer: “While at this stage we haven’t been impacted, certainly many residents in Townsville and surrounds have, and you feel for them as they face a precarious future.”