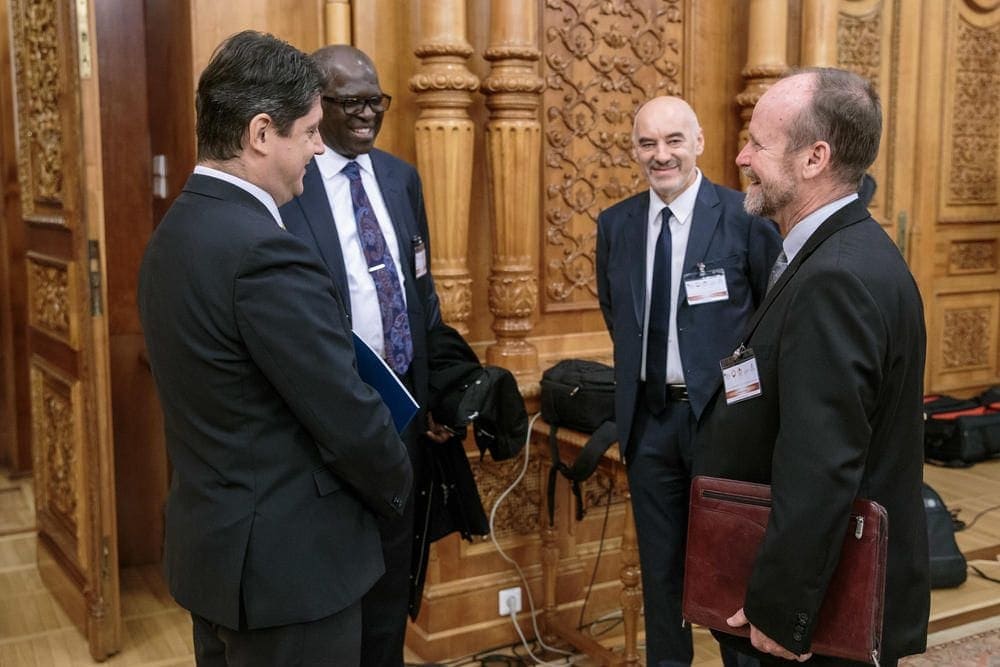 Two religious freedom advocates with the Seventh-day Adventist Church underscored the centrality of the right to worship at a major conference in Romania.

The third International Religious Liberty Conference, co-organized by Nelu Burcea, an Adventist believer and president of the Conscience and Liberty Association, gathered Romanian politicians and thought leaders together with international academicians and religious freedom advocates at Bucharest’s renowned Palace of the Parliament, one of the world’s largest buildings and seat of the national legislative assembly.

The conference focused on legal protections for religious freedom in an increasingly pluralistic world and the challenges that arise when different faith groups must share the same space.

In his address, Burcea referred to the event’s theme, “Law, Ethics and Religion in the context of Religious Liberty.”

“Even though these three elements seem to be incompatible, a holistic perspective can uncover various unifying elements,” said Burcea, who served as director of two departments of the Adventist Church in Romania — the public affairs and religious liberty department and the communication department — until his elections as associate director of the Adventist world church’s public affairs and religious liberty department at the General Conference Session last July.

“We can easily see that religion has a powerful influence in enacting laws, but that without a framework of ethics in enforcing those laws, the result will be subjective, partial, and inadequate for creating true religious freedom,” Burcea said.

Ganoune Diop, director of the Adventist world church’s public affairs and religious liberty department and secretary-general of the International Religious Liberty Association, was one of the plenary speakers, and in his address he underlined the key role that laws play in both protecting individual freedoms and promoting harmonious relationships within society.

Diop described religious freedom as a multi-faceted human right that is central to all other human freedoms. As such, it “can function, at the intersection of law, ethics, and religion, as a moral center for pluralistic societies,” Diop said. “Each human being is treated with dignity and allowed to develop his or her potential for the common good, and for the benefit of the human family.”

In his presentation, Deputy Bogdan Ciucă, president of the Committee for Legal Matters of Romania’s Chamber of Deputies, said that legal provisions for religious freedom are in vain if they are only respected because of legal coercion and not willingly, out of love for others.

The papers presented during the Nov. 19 conference have been published in the third edition of the Journal of Freedom of Conscience, one of Romania’s premier publications in the area of freedom of religion and belief. Sponsors of the event included Romania’s Conscience and Liberty Association, the Committee for Legal Matters of Romania’s Chamber of Deputies, the International Religious Liberty Association, the International Association for the Defense of Religious Liberty, and the Seventh-day Adventist Church in Romania.