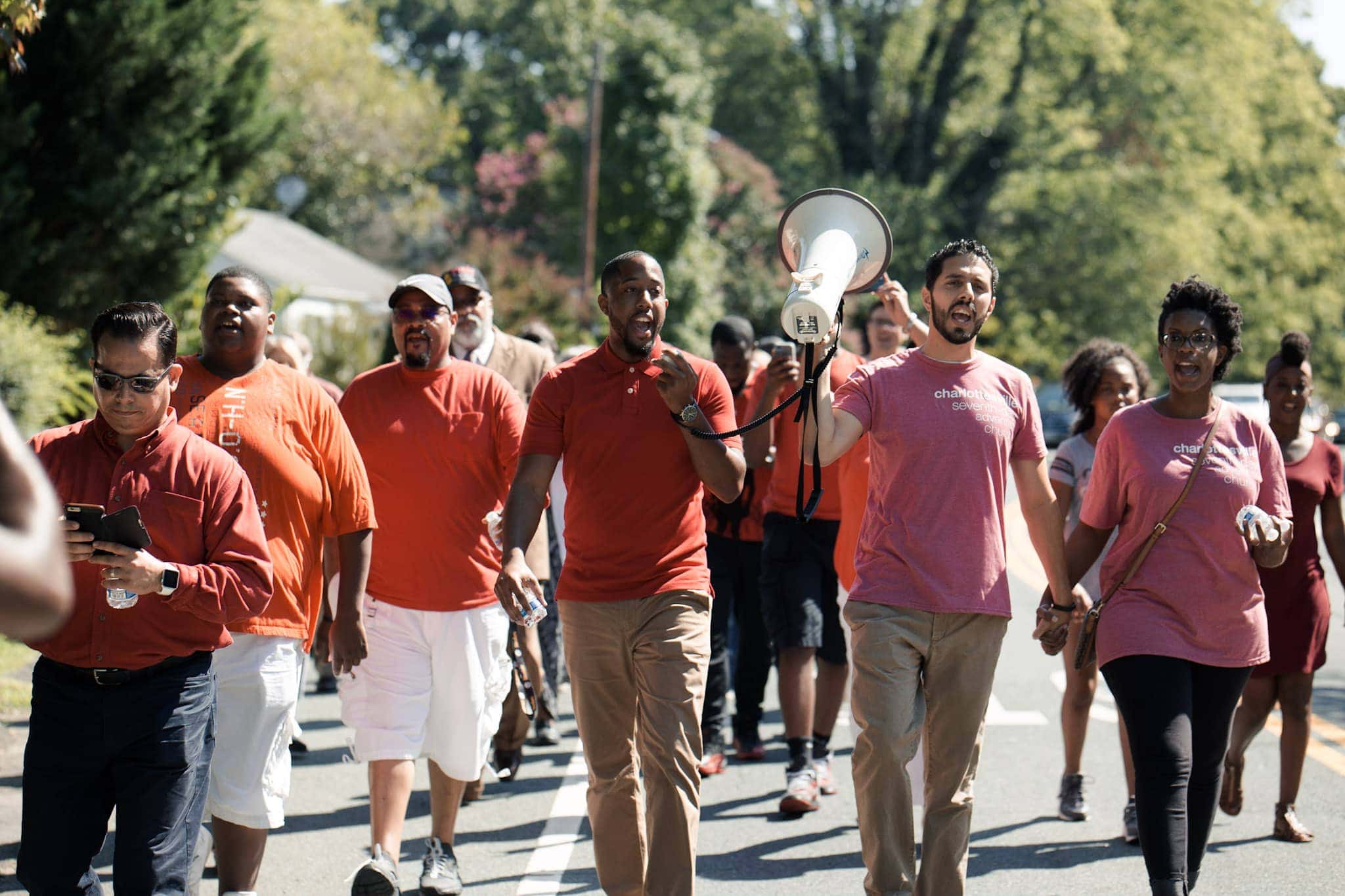 In the wake of the violent Charlottesville, Virginia attack that left a family grieving, 19 others injured and a city in shock, Seventh-day Adventist worshippers made their way to the downtown promenade where residents and visitors gathered to post messages of comfort, love and hope on giant chalkboards erected in the town square.

In front of a large chalk sketch of Heather Heyer, the 32-year-old woman who died after being struck by a car that plowed into a crowd protesting a white nationalist rally in her city, church members and leaders prayed and placed red roses and a handmade prayer chain for her family. Then, they headed to 4th Street where they planned to sing, pray and recite “The Lord’s Prayer.”

“We planned everything so carefully, including to meet at the site where Heather was hit at the exact time of the incident, 1:42 p.m., and offer prayers for all who were impacted,” says Debra Anderson, communication director for Potomac Conference, who spearheaded the Adventist response. “What we didn’t plan is what happened next.”

As they rounded the corner onto 4th Street, someone spotted Susan Bro, her husband and the young adults they’d asked to lead them to the site where their daughter was killed. In silence the group watched and waited, wanting to give the family privacy.

When Susan noticed the group, many donning red clothing, she beckoned them. “It’s ok, you can come closer,” she said. “I probably need you right now.”

It had only been a week since her daughter died.

Without hesitation, they descended on the couple enveloping them with hugs and words of comfort and encouragement. “We love you,” someone said. “We’re so sorry about Heather,” someone else said. “Do you need anything?” asked another. The crowd grew as Adventists, city residents and visitors from far and near surrounded the couple. Then, someone started singing, “This little light of mine, I’m gonna let it shine. (Watch a video of the song here.)”

“Can we pray for you?” asked Daniel Xisto, pastor of Potomac’s Charlottesville church. With consent, he lifted his bullhorn and prayed so the crowd could hear: “We thank you, Lord, that … love is stronger than hate. … At this moment, we just want to bring healing down upon this family. Lord, they have lost such a bright light. And I pray that You’ll be with them … comforting and strengthening them in the days and weeks ahead. … Bring healing into this place, bring healing into our hearts. …”

After leading the group in reciting “The Lord’s Prayer” and more singing, and as more and more people gathered to hug the couple and share words of solace, the Adventist group moved aside.

“AS A CHURCH, WE NEED TO RESPOND"

The need to come together compelled leaders from the Allegheny West (AWC) and Potomac conferences, which have four churches and more than 250 members in Charlottesville, to collaborate with the Columbia Union in releasing a statement and planning a trifecta of unity—a joint Sabbath worship service, prayer rally and potluck.

“As a church, we abhor evil and stand against individuals and organizations who perpetuate hatred, violence and discrimination,” they said in a statement released August 15. “God calls each of us to love, to be compassionate and to show mercy to all people no matter their race or gender. We honor that call and stand in solidarity with those who seek peace and justice. We pledge to do everything in our power to end the scourge of racism, sexism and discrimination whenever and wherever we see it.” (Read the entire statement in English or Spanish.)

On Sabbath morning, members from all four churches gathered at Allegheny West’s Bethany church and despite the record heat index, marched three-quarters of a mile to Potomac’s Charlottesville church singing and chanting “Love Wins.”

During the worship service that followed, each speaker echoed the sentiment, calling for love and unity to prevail. “When they speak hate, we’re going to speak love even louder,” said Bethany pastor Nathaniel Drew.

“What you’re seeing on TV, that is not who we are,” said Charlottesville’s vice mayor Wes Bellamy. “Now, more than ever, we are unified, stronger together and more than willing to deal with and address our issues, not in our own silos, but collectively.”

William Miller, president of Potomac, which has two churches in Charlottesville, explained why he wanted to participate. “As the church, we need to respond,” he said. “This happened on our watch. This happened in our lifetime.”

Fernando Muller, who pastors AWC’s Central Hispanic congregation, shared one more reason for the turnout: “When we started talking about coming together today, there is one word in the Bible that started resonating with me: That word is compassion,” he said, drawing a chorus of “Amens” from the worshippers. “I hope that today we can show compassion because that’s the reason God created the church, to show compassion in this moment.”

Jose Cortes Jr, an associate ministerial director of the North American Division, and Celeste Ryan Blyden, led worshippers in a prayer of commitment during the August 19 joint worship service in Charlottesville, Va. The transcript of the prayer is available online.

Commentary
Keep Calm and Trust God
As we commence this new year, let us remember that God is powerful to see us through. 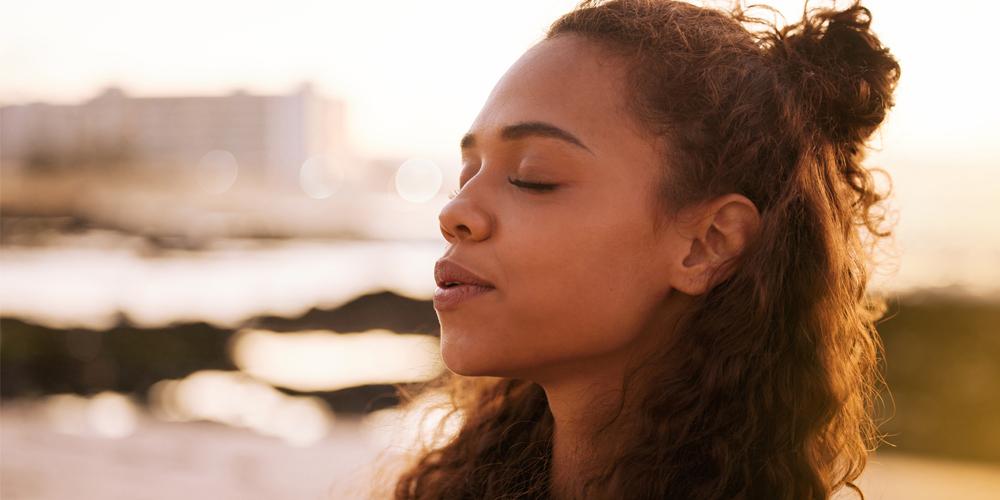