Adventists Celebrate the Success of Health Initiative in Inter-America 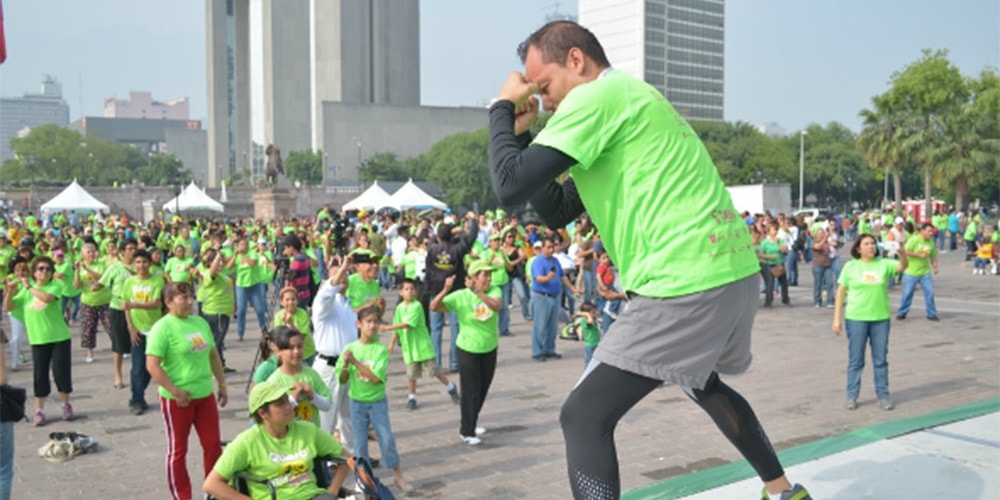 Seventh-day Adventist administrators and executive committee members in the Inter-American Division (IAD) church region recently thanked Antulio Espinoza for creating the “I Want to Live Healthy” initiative, which has been successfully implemented across the territory for more than 10 years. The program centers around the Adventist Church’s health message, which emphasizes the physical, mental, and spiritual temperance and well-being of the person.

“You have left a significant legacy for the church not only in Inter-America but across continents to show that we must give importance to the art of living well,” said IAD president Elie Henry. “I know that we will one day see the fruits of your valuable work that has motivated thousands to promote this initiative in their communities.”

Espinoza and his wife, Marilu, were honored at the IAD headquarters in Miami, Florida, United States, on April 30, 2019.

A small Adventist elementary school in Tecate, North Mexico, began to use the pilot program in 2009, which taught young students to make healthier choices every day.

“With that start, Antulio Espinoza and all his ideas moved across the entire region in North Mexico, filled the Monterrey Arena with the city-wide launch of the program, saw him involved in a Guinness world record for largest salad on display at the Monterrey Plaza, and crossed seas to many remote places in the Inter-American Division,” said IAD health ministries director Belkis Archbold.

“We want to thank you because you allowed God to enlighten you in designing this program,” Archbold told Espinoza.

Church leaders from the North Mexican Union were also commended for their exemplary implementation of the initiative. Regional church officers also congratulated Montemorelos University, a Seventh-day Adventist school in Nuevo León, Mexico, and its leaders, for their important role in training health promoters on the methodology of the program, and developing additional projects, activities, and further research.

Praise for the Program

The initiative has been praised by Armando Barriguete, president of Epode International Network, a non-profit organization that supports community-based programs which raise awareness of obesity and non-communicable diseases across Latin America, said Archbold, who has met numerous times with Barriguete and government leaders in several countries across the territory.

“Barriguete is always saying, ‘The model that you have is essential for a healthy lifestyle, and you must continue to share it so they can see what you offer,’” Archbold said.

Thanks to the IAD-owned “I Want to Live Health” program, the division territory has witnessed a health-awareness explosion. The initiative will continue to be an integral part of health outreach across the territory, Archbold said.

“We could see that church members were waiting for something simple and easy to follow and understand, and a program that is in harmony with the eight natural remedies which [Adventist Church co-founder] Ellen G. White speaks of in her book The Ministry of Healing,” Archbold explained.

The program has been implemented across churches and public schools in North Mexico, as well as in Chiapas. It has been used in other countries, including Costa Rica, Colombia, Dominican Republic, El Salvador, French Antilles and Guiana, Guatemala, The Bahamas, Cayman Islands, and Turks and Caicos.

It will soon be implemented in several Caribbean islands, including Barbados, Dominica, and St. Vincent and the Grenadines, Archbold said. In addition, many Hispanic churches in the North American Division (NAD) and parts of West Africa and Central Asia are implementing the initiative.

Archbold said that the initiative has seen thousands of individuals trained in the program and has expanded to a specialized program called “I Want to Grow Healthier,” which is geared toward children. The new program is designed to be taught in schools and churches.

The plan is for all 24 union church regions in IAD to implement the initiative, Archbold said. “We want to reach all schools and churches across the IAD, through community centers, small groups, health expos, and other programs, to reach every corner in our territory.”