Adventists Are Supporting Victims of Devastating Fires in Australia 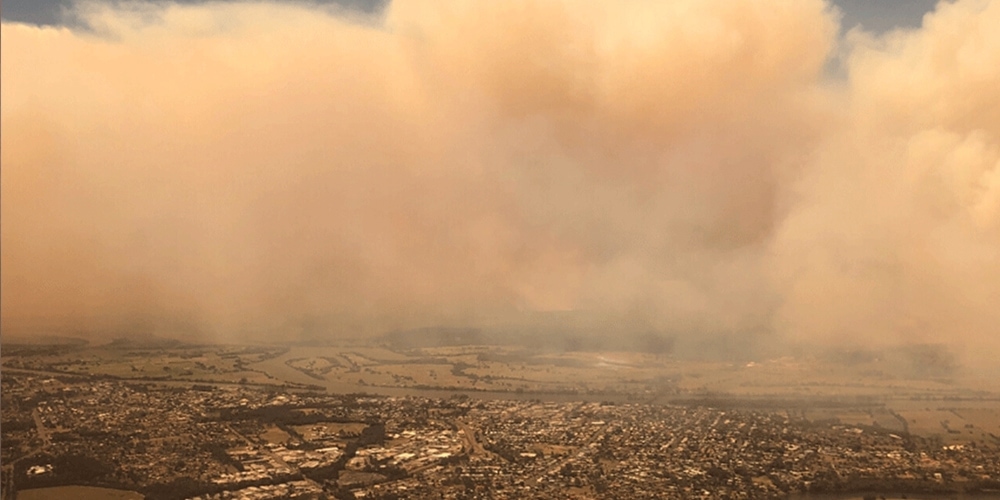 Seventh-day Adventist schools, churches, campgrounds, and family homes in the states of New South Wales (NSW) and Queensland (Qld) continue to be under threat as devastating bushfires spread across these regions.

With 72 fires — 36 of which are currently uncontained — burning in NSW alone, 3 people have been reported dead, 5 missing, and 40 injured, as well as 150 homes destroyed and hundreds of thousands of hectares of bushland lost.

To address the widespread devastation, a number of Seventh-day Adventist churches in northern NSW have opened their doors to the community. Dorrigo church is currently accommodating 50 people and Forster church 19 people, while other churches, including Nambucca Heads, Taree, Tuncurry, Port Macquarie, Kempsey, Tenterfield, Glen Innes, Wingham, and Gateway, are offering food and water to displaced residents.

Stuarts Point Convention Centre (northern NSW), which faced its own bushfire threat on November 8, and Watson Park (Qld) campgrounds have partnered with police and local councils to be on standby as registered evacuation centers.

Adventist schools in fire-affected communities are on high alert. On Friday, November 8, Manning Adventist School was evacuated as a precaution. On November 11, Kempsey Adventist School encouraged families to keep their children at home if possible due to low-lying smoke.

“The situation is being constantly monitored, and we will be in regular touch with pastors of the areas affected and certainly providing any immediate support that we can for families and members,” Raethel said. “[However,] there are some preliminary reports that members may have lost property or equipment, but we can’t confirm anything at the moment.

“We certainly solicit the prayers of members across Australia for those communities that have been impacted,” he added.

ADRA in Australia is partnering with local churches across the country to assist families in need. Currently, local churches within the fire zones and who are actively supporting their community can apply for AU$2,000 (about US$1,370) to assist their efforts. More funds can be provided if necessary, according to ADRA leaders.

In addition, local church pastors and members can apply for funding for families and individuals in desperate need. One-off cash advances of AU$500 (about US$340) are available from ADRA to supplement other handouts and subsidies from the Australian government.

“All [church pastors and leaders] need to do is send us an email with a short description of what is happening [and] give us the details of the church’s [or person’s] bank account, and that money will be deposited as soon as possible or within a day,” he said.

“This is a time when communities really need support,” Rubessa said. “Local Seventh-day Adventist churches are just so wonderfully placed to offer that support, and ADRA is proud to be partnering with them to help communities at a local level and in a practical way.”

On November 11, ADRA launched a website to kick off its “Summer Fires in Australia” appeal campaign, urging people to give generously to drought and fire victims across the country.

ADRA senior manager for church engagement Simon Lewis described the situation across NSW and Queensland as “touch and go.”

“The situation could change at any time, especially where fires are out of control,” he said. “ADRA is viewing these fires as an extension of the drought, and the lack of rain and moisture we’ve had this season. With no rains predicted, there’s really no end in sight.”

While northern NSW has been the area worst affected by fires, the news media is currently warning Sydney residents to brace for unprecedented conditions by November 12 as the fire warning reaches “catastrophic” for the first time in history.