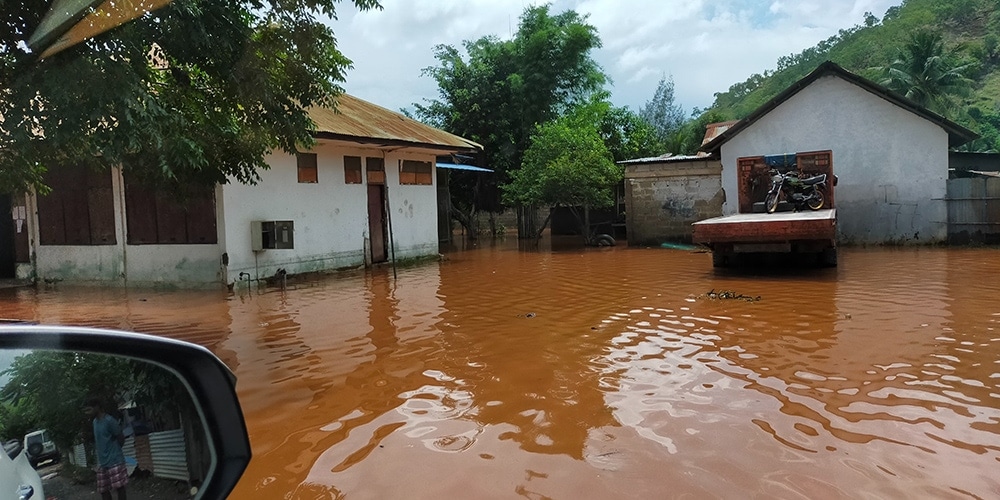 While infections of the coronavirus are still spiking in many parts of the world, Indonesia and East Timor have one more calamity to worry about: too much water. Torrential rains started pouring on the eastern side of the Indonesian archipelago and the country of Timor-Leste on Sunday, April 4, 2021, causing massive flooding and widespread destruction to lives and property.

Weather forecasts reported the risk of heavy rains in eastern Indonesia and Timor-Leste due to a low-pressure area on the western part of the island of Timor. Torrential rains began Friday, April 2, and gained strength until Sunday morning, turning major streets into rushing rivers.

Heavy rains and flash floods also destroyed commercial establishments and infrastructure, including roads that connect the capital city of Dili to districts affected by the calamity.

“Families in Dili are greatly affected by this calamity. The floods submerged their belongings,” House wrote, adding, “Electricity service is down. Many homes are badly damaged; some were completely washed down by the rushing waters. Streets are covered in mud; some bridges are broken and are not passable.”

House wrote that the mission house was able to accommodate five families whose homes were severely damaged and that they were currently assessing the situation.

The Adventist Development and Relief Agency (ADRA) in Timor-Leste will conduct a rapid needs assessment. ADRA will be a part of the coordinated assessment team organized by the National Directorate of Civil Protection of Timor-Leste, which begins April 6. Initial reports from local government units mentioned bedding and cooking equipment as the first needs of families in evacuation centers.

While the number of evacuees grows daily, government units reminded people to observe minimum health protocol inside evacuation centers (social distancing and wearing masks) to avoid a spike in COVID-19 infections in the country.

ADRA said that the agency will also provide food, water, bedding, and cooking stoves to evacuees in the worst affected area of Tasi Tolu.

Adventist Church leaders in the Southern Asia-Pacific Division (SSD) called members to intercede for those living in the affected areas. “Please pray for all those affected in Timor-Leste and east Indonesia,” they said.