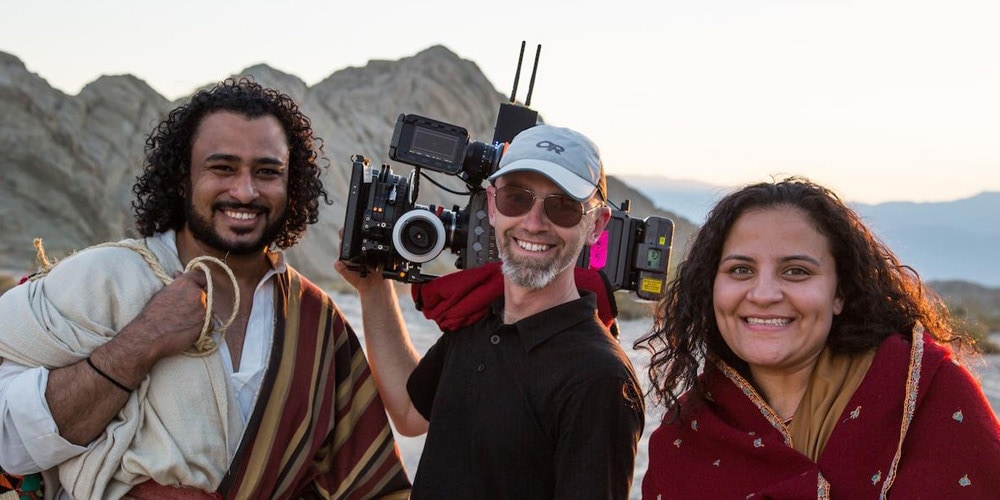 The Music Department of La Sierra University, a Seventh-day Adventist University in Riverside, California, United States, debuted a Christmas music video arranged by an Emmy-winning composer and showcasing the talents of several of the university’s students. The premiere took place during the institution’s 70th Annual Candlelight Concert on Dec. 1.

The video, produced in conjunction with the Office of University Advancement, features eight La Sierra University student musicians performing the carol, “O Come, O Come, Emmanuel.” The tune was arranged specifically for the project by six-time Emmy Award-winning composer Gary Kuo, who is an adjunct professor at La Sierra.

The students and production crew, with a small, white grand piano in tow, traveled to Mammoth Lakes, California, to film their performance of the song amid the scenery of the Sierra Nevada mountain range. The video portrays the nativity story of Mary and Joseph, roles acted by La Sierra alums Marian and Joseph Helmy who arrived from their native Egypt to study accounting at the university. In Hebrew, the name Marian is a variant of Mary. The role of baby Jesus is played by Kenzo Grant. Shooting for the nativity scenes took place on La Sierra’s campus and in the Painted Canyon area near the Southern California desert city of Mecca.

The music recording and editing process took more than 100 hours with filming in the various locales occurring on four days between Oct. 1 and Oct. 6. Numerous other details included acquiring filming permits from the U.S. Forest Service and the Bureau of Land Management, buying food for students and crew, and renovating an older, white piano borrowed from a La Sierra alum for use in the musical performance scenes in the Sierras. The piano was taken apart and transported into the mountains with a U-Haul truck where it was carried by seven crew members to the filming site on Minaret Vista.

The Department of Music and the Office of University Advancement served as executive producers for the project. The eight-member video production crew were led by Jonathan Davidson, an Advancement Development Officer and university alum, and Development Officer Kristine Barker, a student in La Sierra’s MBA program. The duo functioned as producers, directors, and editors. Crew member Jonathan Hwang is also an alum of the university.

“It’s a Christmas gift to the church, the global community, and anyone who loves great music,” said Davidson. “We believe that the combination of music and film is a powerful way to share God’s love. The La Sierra University music students are extremely talented, and we wanted to give them an opportunity to share those talents in a unique way.”

The Christmas music video can be viewed HERE.