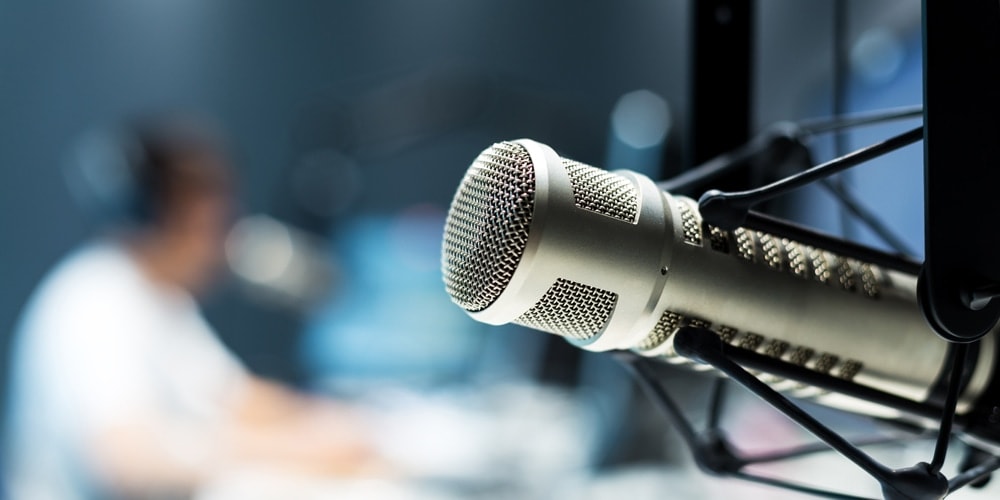 The world of radio is changing. Analogue is switching to digital with AM and FM transmissions switching to Digital Audio Broadcasting (DAB), online and broadcast-on-demand services. The listener has more choices, and in the youngest age-group (teenagers), only three percent listen to live radio. Spotify and social media fulfill their needs. The audience and audience expectations are changing too.

Where does that leave Adventist broadcasters? That was a question posed to forty-one radio producers and media experts in a Pan-European Radio Advisory held in Bucharest, Romania, earlier this month.

Organized by Adventist World Radio and the Inter-European Division, and hosted by the Romanian Union and the Speranta TV (Hope Channel) media center, participants from Latvia to Moldova to Portugal got acquainted with the latest trends, challenged to update their broadcasting styles, and tested through a series of workshops. They were also introduced to the idea of Radio 2.0, where webcams or full blown TV cameras are added to a radio environment, giving an opportunity for greater interaction with listeners.

Nicolas Moulard, one of the foremost proponents of Radio 2.0 in Europe and a new media consultant, led several major sessions. In his keynote address, he pointed out that in France there are 25.5 million digital audio listeners, representing 50 per cent of those over 15. He also noted that on-demand has seen a 76 percent increase and that, in developing content, broadcasters and communicators must consider ‘mobile first’ since it is the way most people access content.

Moulard also emphasized the need to ‘be social,' noting that whether you like it or not, Facebook is the number 1 social media site. “There is a need to go where your audience is,” he emphasized. In the fight for attention, he explained that audio is now being created directly for social media and that it may sound quite different to the radio experience.

That doesn’t mean radio is dead, but that it has to adapt. Tune into BBC Radio or any major broadcaster, and you will find presenters pointing listeners towards websites and social media links, and very often giving an opportunity for listeners to watch or interact via a video link. Small broadcasters are also finding, what is called the ‘Radio 2.0’ experience, to be beneficial.

David Elisabeth, from Radio AdventLife, in Paris, France, knows this all too well. “In this modern world everything can change in a blink of an eye,” he said. “I have learned the importance of being connected with my audience even outside of the studio.” Camille Decure seconded. “This allows us not to see radio as an end in itself, but as an area where everything remains to be done.”

“God enables those who are called. During these days, I feel that God trained His great team because He is one God with one mission.”

David Hermy runs a small Adventist radio station in St. Malo, in northern France. Two Go-Pro cameras in his studio give listeners an enhanced experience. “I found it difficult at first,” he confessed, “since it meant being more conscious of the visual look of the studio.” He said at first he would wonder, “Do I look at the camera or focus on the microphone? How do I control yet another set of buttons in a self-driven studio?” Now he would not be without it.

Speranta TV in Romania and RCS Radio in Portugal have taken it even further. They combine radio and TV in the same studio, being conscious of both audiences in joint productions that feed their FM audience and Hope Channel on their TV sets or computer screens.

Such convergence gives more opportunity for interaction, and as a result, for witnessing. Stefan Stanciu, who is part of a team aiming to launch a digital station in London said that the conference was invaluable. “It has shown practical ways in which we can work,” he said.

Roberto Vacca, from RVS Florence, said that “hearing the experience of other radio stations, with their different approaches, was refreshing and again, a challenge.” Juris Karčevskis and Agris Janišauskis, from Latvia, said how much they appreciated to have experienced lecturers, besides informal and invaluable conversations. “We felt a deep interest from our team members in finding technical solutions and ideas for improving our studio work.”

Adventist World Radio vice-president Greg Scott said the event exceeded his expectations. “The level of excitement and enthusiasm to learn about the new possibilities of Radio 2.0 was inspiring,” he said. “I was thrilled to see the high level of networking among the various groups, languages and radio entities.”

Overall, the event meant that across secularized Europe, presenters, technicians, and managers have been challenged to think differently, to adapt to new technologies, to interact with their audiences in new ways, and to focus on Total Radio Involvement in sharing hope.

Daniel Galaio summed it up well. “God enables those who are called. During these days, I feel that God trained His great team because He is one God with one mission.” As he returns to Esperance radio in Martinique, in the Caribbean, Michel Giberne equally expressed the challenge felt by all. “I feel the assurance that by the grace of God, I will be able to put into practice what I learned to take part in the proclamation of the good news of salvation in Jesus Christ.”