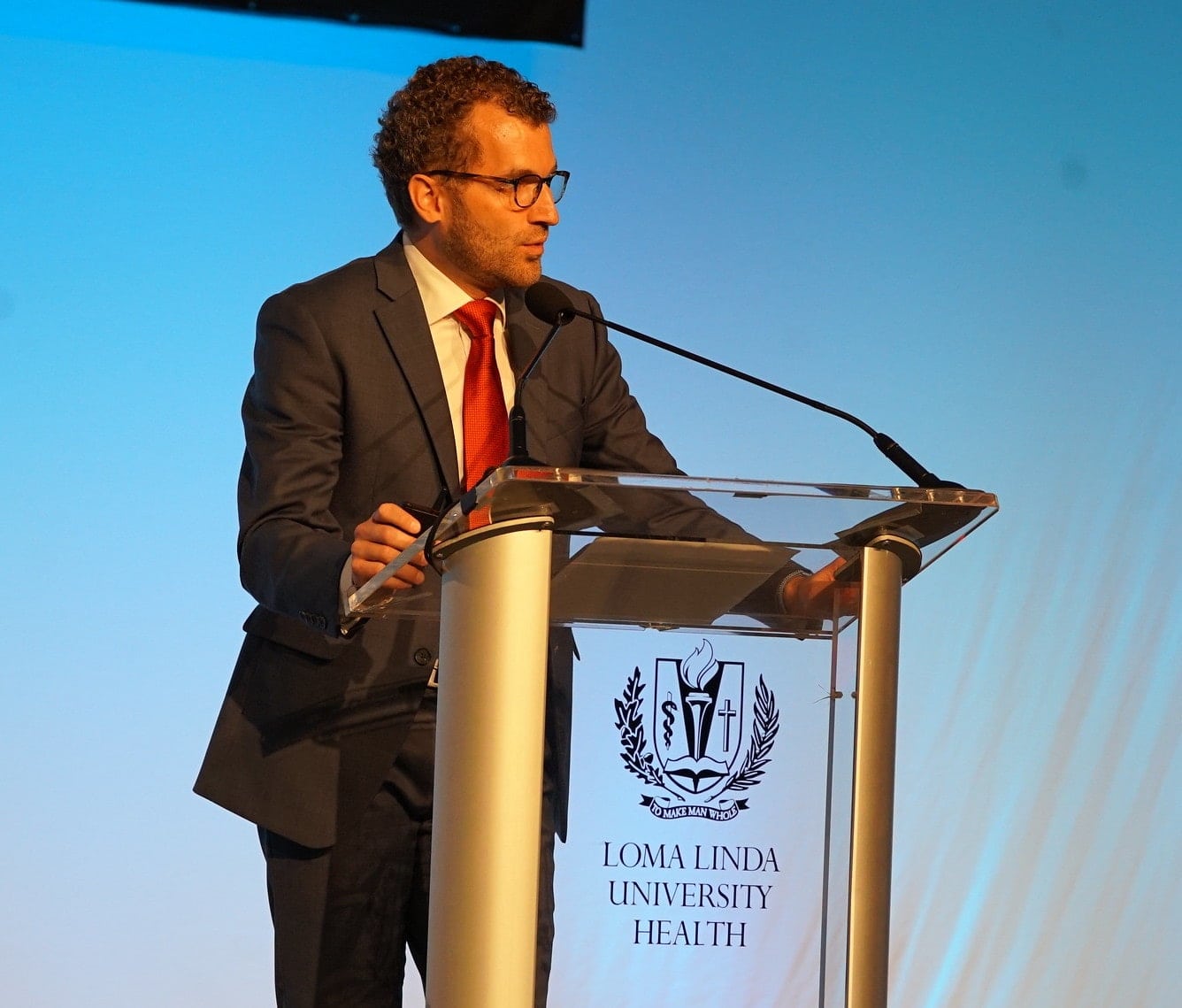 “What I am going to share with you today may challenge you; it may trigger some soul-searching,” said Seventh-day Adventist psychiatrist Torben Bergland at the 3rd Global Conference on Health and Lifestyle at Loma Linda University on July 12, 2019.

His assertion was the opening statement of a presentation entitled “What’s Unhealthy About Fanaticism,” in which Bergland, an associate director of Adventist Health Ministries, unpacked how the fanatical mind thinks and works and how to prevent it.

According to the Merriam-Webster dictionary, Bergland said, “fanaticism is an outlook or behavior especially as exhibited by excessive enthusiasm, unreasoning zeal, or wild and extravagant notions on some subject.” At the same time, he cautioned, it’s not just an issue of placing labels on others but something we all have the potential to fall into. At least part of the problem, he said, is the fact that we forget being human is being fallible.

The Issue of Fallibility

Citing scholar H. J. Perkinson, Bergland said that “fanaticism is a flight from fallibility, and to be a human being is to be fallible.” He explained that our fallibility is a reality difficult to accept because all would like to be perfect. But even though everything that God has made is perfect, all that humankind makes is imperfect, inadequate.

At the same time, Bergland said, as Perkinson reminds us, man can ignore his condition of fallibility and declare that his knowledge is true, that his actions are good. In other words, he can claim to be like God. “At this point he becomes a fanatic,” he said.

Based on Perkinson, Bergland explained that a fanatic is dogmatic, in that he insists his theories, his ideology, his solutions are the correct ones. The fanatic is also an obscurantist since he ignores (or cannot perceive) arguments, facts, or consequences that refute his solutions. “And finally, a fanatic is authoritarian,” he quoted Perkinson as saying. “When he has power, he tries to impose his answers on others.”

“The fundamental objection to fanaticism is that it prevents improvement,” Bergland said, quoting Perkinson again. “Instead of improving what they possess and process, fanatics dogmatically celebrate it, obscure its inadequacies, and strive to impose it on others.”

Fanaticism is often related to the problem of ignorance, in which “the ignorant are too ignorant to know they are ignorant,” Bergland said. He quoted it as the Dunning-Kruger effect, in which “poor performers in many social and intellectual domains seem largely unaware of just how deficient their expertise is.” It is something that presents a double problem, as their “incomplete and misguided knowledge leads them to make mistakes, but those same deficits also prevent them from recognizing when they are making mistakes and other people [are] choosing more wisely,” he explained.

Quoting E. Hoffer, Bergland said that “the fanatic cannot be weaned away from his cause by an appeal to his reason and moral sense,” but “he finds no difficulty in swinging suddenly and wildly from one holy cause to another. He cannot be convinced but only converted.”

A fanatic, explained Bergland, often performs acts of self-denial, which seems to confer the person with the right to be harsh and merciless toward others. Quoting Hoffer once more, he read, “The awareness of blemishes and shortcomings inclines the frustrated to detect ill will and meanness in their fellow men. We usually strive to reveal in others the blemishes we hide in ourselves.”

“When people are very judgmental, very harsh with others, I wonder what they are hiding or running away from,” Bergland said. “When someone seemingly is overly focused on some specific sin, I wonder if the person himself actually may be struggling with that exact thing or something similar.”

Adventist Church cofounder and author Ellen G. White had a profound understanding of fanaticism, Bergland noted. Even though White advocated for dietary and other changes for better health, she explained that going to extremes was, in her words, “the desire and plan of Satan.”

Our enemy wants, she wrote in her book Evangelism, “to bring in among us those who will go to great extremes—people of narrow minds, who are critical and sharp, and very tenacious in holding their own conceptions of what the truth means.” And she added, “They will be exacting, and will seek to enforce rigorous duties, and go to great lengths in matters of minor importance, while they neglect the weightier matters of the law—judgment and mercy and the love of God” (p. 212).

She warned that “if Satan cannot keep souls bound in the ice of indifference, he will try to push them into the fire of fanaticism” (Letter 34, 1889), and thus bring the faith into disrepute.

In Counsels on Diet and Foods, White added, “Extremists do more harm in a few months than they can undo in a lifetime. They are engaged in a work which Satan loves to see go on. Two classes have been presented before me: first, those who are not living up to the light which God has given them; secondly, those who are too rigid in carrying out their one-sided ideas of reform, and enforcing them on others. When they take a position, they stand to it stubbornly, and carry nearly everything over the mark” (pp. 195, 196).

In 1901, White also wrote, “I have something to say in reference to extreme views of health reform. Health reform becomes health deform, a health destroyer, when it is carried to extremes” (Letter37).

On the other hand, truly following the example of Jesus will prevent us from going to extremes, Bergland said. Quoting White once more, this time from her book Gospel Workers, he emphasized, “Those who are close students of the Word, following Christ in humility of soul, will not go to extremes. The Savior never went to extremes, never lost self-control, never violated the laws of good taste” (p. 371).

In closing, Bergland said, “It is my prayer that the church, that Adventist health care and health ministries, and each one of us also, will be like Jesus.”