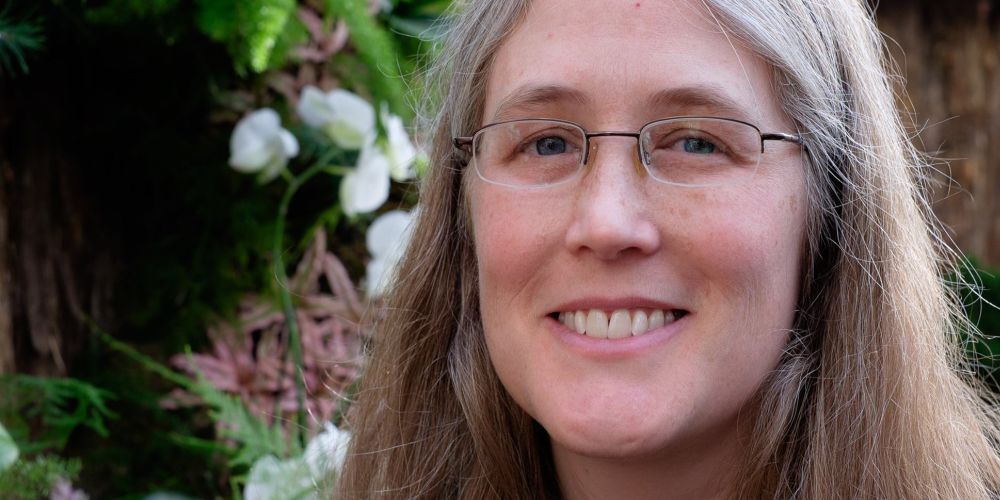 A Seventh-day Adventist physicist is on the international team that made worldwide headlines by announcing the first detection of gravitational waves, a discovery that promises to open a new era in astronomy.

Tiffany Summerscales, an associate physics professor at Andrews University, assisted in the research by the LIGO Collaboration that detected gravitational waves caused by the collision of two black holes a billion light-years from Earth.

“I kind of like to think of gravitational waves as being the true ‘music of the spheres,’” she said. “The LIGO detectors are the radios that we have built so that we can hear that music. So far we have gotten just the first note — well chirp actually — but we know there is more that we will hear as we learn to tune our radios better.”

Summerscales, a 1999 graduate of Berrien Springs, Michigan-based Andrews University, started working with the LIGO Collaboration’s team of more than 1,000 physicists while studying for her doctorate a decade and a half ago at Penn State University in Pennsylvania.

She spoke about the significance of the discovery and what physics means to her as a Seventh-day Adventist in an online interview with the Adventist Review.

Q: What exactly was your contribution to this project?

A: I have been a member of the LIGO Collaboration for the past 15 years or so. This is the group of people who help with the design and improvements of the detectors, analyze the data they produce, and do science with that data.

Specifically, I have worked on two kinds of projects. My students and I are a part of a team that works on the development and testing of one of the computer algorithms that analyzes the data and tries to characterize the gravitational wave signals that are found. We also participate in education and public outreach activities.

Q: What does the discovery of the gravitational waves mean to you personally?

It is very exciting. All of us in the collaboration have been working towards this moment for a long time, some for decades more than I have. It took a long time to make the detectors sensitive enough to measure these faint ripples from space. Now that we have measured them, we can become the gravitational wave astronomers that we have always wanted to be. Using gravitational waves to investigate the universe’s mysteries is going to be great. I am hoping there will be surprises.

Q: Can you share any hints of the possible surprises in store?

Gravitational waves are produced best by some of the astronomical events we know the least about. Until now, we have only been able to see stars and clouds of gas orbiting around and being drawn into black holes. The black holes themselves don’t give off light but they do produce gravitational waves. By measuring these waves we will be able to see what the space right around the black holes is like. We don't currently have a good way of testing how regions of very strong gravity behave.

Another example is supernova explosions that result from the collapse of a massive star at the end of its life. We see the explosion from the outside, but can't see what happens at the center. The core of the star collapses until it is so dense that the atoms get squished until the whole core becomes a big ball of neutrons, kind of like a single huge atom (minus the protons). Nobody knows how this neutron-star stuff behaves because we can't make it in the lab but gravitational waves will be produced from the center of the supernova and will carry information about what this kind of matter is like.

Q: What does this discovery mean for Adventists?

Q: Expanding on that thought, how do you see God's hand in your work?

Space is vast, awesome and jaw-droppingly beautiful. (Just think of your favorite Hubble photos). Of course, on a daily basis I spend even more time working with students. There is a lot of opportunity there to see God working in their lives and growing them into young adults with great potential to positively impact the world.

Q: What is your favorite Bible verse, and why?

Can I pick two? Micah 6:8 and Ecclesiastes 3:11. The first because it sums up our relationship with God and highlights what is most important: justice, mercy and humility, which are different aspects of love. Ecclesiastes 3:11 highlights the awesomeness of God and His creation, and the “setting eternity in the hearts of men” reminds me of how I feel when I think of the vastness of space.

Q: Is there anything that you’d like to add that I didn’t ask?

I would also like to encourage Adventist Review readers to go and find more information. There are videos online with really cool graphics that do a better job of explaining what has been discovered than is easy to convey with just words. ligo.caltech.edu/detection is a good place to start.