A career librarian
recently elected to a one-year term as president of the Association of
Seventh-day Adventist Librarians said she would strive to reach out to other
librarians who are not employed by the Adventist Church.

“I feel elated on the
election,” said Grace Carr-Benjamin, director of library services at the
church-operated Northern Caribbean University in Jamaica.

“It is my desire to
heighten the awareness of the value of being a member of the association by
Seventh-day librarians who are not currently working for the church,” she said.

The ASDAL was
established in 1981 to enhance communication between Seventh-day Adventist
librarians and to promote librarianship and library services to church
institutions.

Carr-Benjamin, who
was elected at a meeting in the U.S., will start working as the organization’s
president in 2015.

Hundreds
of students from dozens of Adventist schools across El Salvador marched and
played musical instruments at a band festival meant to encourage integrity and
teamwork among themselves and promote values and a positive message to the
local community.

Themed “Praising God With
Our Talents,” the annual festival brought dozens of people from the 45 grade
schools and high schools in the Central American nation to perform on their
drums, trumpets, flutes, and cymbals in Santa Ana city’s central square late
last month.

“We look to strengthen the values in our young students with
this activity,” Roxy de Torres, education director for the West El Salvador
Mission, said in comments published in the El País newspaper. “We are living in
very dangerous times, when our young people have so many worldly distractions
occupying their minds.”

Students and church leaders also
marched with signs and banners with positive messages, Bible verses, and words
of hope.

The Seventh-day Adventist
Church in El Salvador has more than 218,000 members worshiping in 692 churches.

Wet weather didn’t dampen
the spirits of about 5,000 people who attended the first Adventist Community
Services congress held in a decade in Papua New Guinea.

People came from seven
provinces for the event held at Ulya, a campsite owned by the congress’ organizer,
the Adventist Church’s Western Highlands Mission.

Attendees endured wet
conditions, with some standing for the entire nightly meetings.

Papua New Guinea Union
Mission associate secretary Henry Monape, who spoke in the mornings, commended
their bravery, saying it showed their commitment to God, His church and their
leaders.

“When the people are
determined to take a courageous stand, nothing will stop them from doing what
they want to do for God,” he said.

It was the first Adventist
Community Services congress in a decade after being reactivated by local ACS
director Samuel Mollen.

“I was so excited to see
delegates coming in number,” he said.

Adventist Community
Services is the non-profit, humanitarian agency of the Adventist Church.

Washington Adventist
University has found a way to assist students and the local community alike
— and to get positive coverage in the local media: open a bike rental
stand.

The new Capital Bikeshare
station opened on Friday on the university campus in Takoma Park, Maryland. Anyone
in the community can pedal away on a short-term rental bike and return it to
the same location or to another, such as a Bikeshare station at the nearest
subway station 1.5 miles (3 kilometers) away.

Local media carried several
reports about the rental station, one of more than 300 in the greater Washington
area, both before and after its opening. WAU was mentioned in every report.

ELEPHANT IN FLIGHT: The video that missionary pilot Gary Roberts filmed of his rescue
flight with a baby elephant.

Gary Roberts, a pilot and
third-generation Adventist missionary, made ripples across the globe over the
weekend when the BBC featured him in a report about his rescue of a baby
elephant in the African country of Chad.

Roberts flew to the
nine-month-old elephant, which weighed 350 pounds (160 kilograms), after learning
that it was the sole survivor of a killing of around 100 elephants in March
2013, the BBC World Service reported in “The Elephant That Flew,” which ranked
near the top of its list of most popular online stories all weekend.

Roberts wedged the elephant,
which was dehydrated, hungry and suffering from severe diarrhea, into his four-seat
Cessna airplane and gave it a ride to his home at a mission hospital in Bere.

"He was quite
interested in playing with my controls, he would put his trunk forward and feel
my hand and touch the controls and of course feel my face," he told the
BBC.

He filmed the experience on
his cell phone.

The Smithsonian magazine wrote about the rescue in July.

Roberts, a U.S. citizen, was
raised in Congo in a missionary home filled with orphaned baby animals, and he
often brings abandoned animals into his own home, the report said.

The baby elephant,
unfortunately, only lived 10 days after the rescue.

Read more on the BBC and in the Smithsonian magazine

Commentary
Adventists’ Passion for Service Is a Force to Be Reckoned With
At the AMEN conference, attendees give away snapshots of their commitment to service.
News
Adventist School in the U.S. Brings a Mongolia Reunion 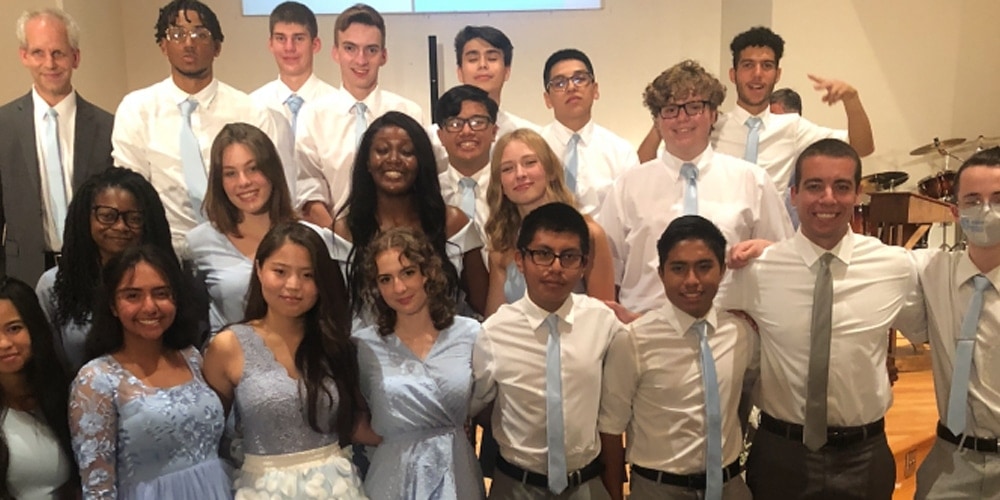