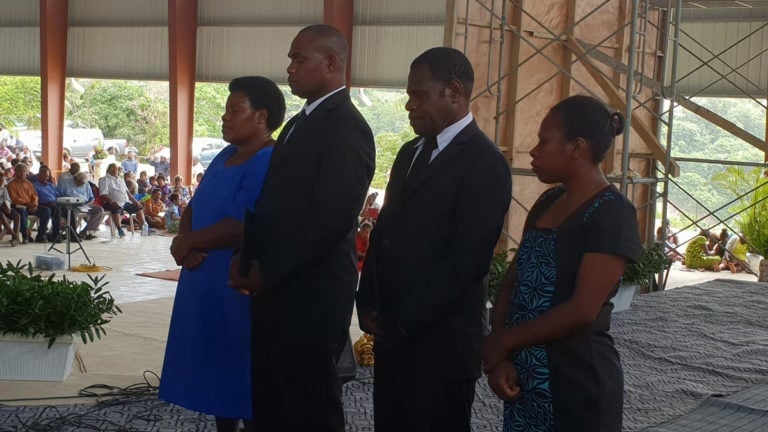 Seventh-day Adventist Church members in Port Vila, the capital city of Vanuatu, are celebrating after the recent opening of a new multipurpose building.

The project, which was launched in August 2015 and completed at the end of 2017, is now the largest building in Vanuatu, and church leaders are hoping it eventually becomes a center of positive influence.

“The multipurpose hall project was initiated to address discipleship needs and to provide urgently needed seating capacity for the growing urban areas of the Pacific,” said Mailalong. “It was ideal to be built in Port Vila as a gathering place for all the church activities and programs.” At the same time, Mailalong shared that the Government of Vanuatu is also looking at opportunities to use the hall as a future evacuation center for natural disasters.”

“While we will use it for worship services and evangelistic meetings, the public can use it too,” said Kaufononga. “Although it was only opened last weekend, it has already been booked until the end of this year, for church and non-church related activities as well.”

Mailalong sees this as a positive sign. “In the long run, this area is going to be very beneficial to all our communities, so we want to work together to build that relationship, for the interest of our people,” he said.

The following day, Towend shared a special message during the Saturday morning program held in the new center. The worship service included the ordination of two pastors and a special appeal by the regional president.

“Townend invited those who would like to study theology and be ministers to come forward, and more than ten people put their hands up,” reported Kaufononga. “We praise God and believe that this center is already an influence for the whole of Vanuatu.”