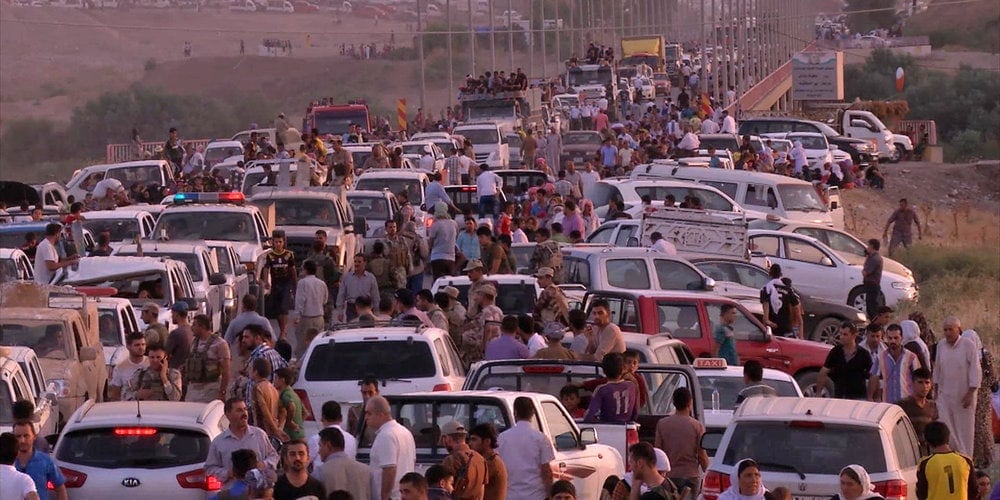 A religious freedom group with
links to the Seventh-day Adventist Church urged the United Nations and
international community on Tuesday to act quickly and decisively in protecting
Christians in Iraq and Syria against “unimaginable and unprecedented” violence
from Islamic
State militants.

The International Association for
the Defense of Religious Liberty, or AIDLR, also said it was the duty of every
person to ask his or her government to support international initiatives to end
violence in the two countries.

“Today, humanity is at a
crossroads,” the Berne, Switzerland-based nongovernmental organization said in
an e-mailed statement. “The tragedy that affects Christians, religious
minorities [and] innocent Iraqis and Syrians terrifies us.”

The Islamic State,
or IS, and its allies have captured large areas of Iraq and Syria in recent
weeks, killing thousands of people, mostly civilians, and forcing more than 1
million people to flee their homes. The United States has responded with
airstrikes.

The UN Human Rights
Council agreed on Monday to dispatch a delegation to Iraq to investigate
reports that IS was brutally persecuting Christians and other minority
communities.

The AIDLR, which appealed to the
UN over the issue late last month, said Tuesday that the UN needed to do more.

“The current human rights situation
requires vigilance and empathy, a common political approach and decisive
measures of action,” said Liviu Olteanu, who represents the AIDLR at the UN,
European Parliament, Council of Europe and Organization for Security and
Cooperation in Europe.

“If not, these tragedies will
continue, and each year the UN delegation will propose and vote similar
resolutions on these sensitive issues, and nothing changes,” she said.

Ted N.C. Wilson, president of the
Adventist world church, earlier called on the international community to unite
for peace in Iraq and Syria and asked Adventist members to pray for “the victims of this
extremism in religious intolerance.”

“It is important
that the international community act unitedly to stop the persecution of
Christian believers and others,” Wilson said on Aug. 8.

The AIDLR,
founded in 1946 by an Adventist doctor, also expressed concern about growing
intolerance and discrimination in other parts of the world, including the
detention and killing of Christians and other religious minorities in Iraq, the
Middle East, North Africa and North Korea.

“This intolerance has become
unimaginable and unprecedented in the 21st century,” it said.