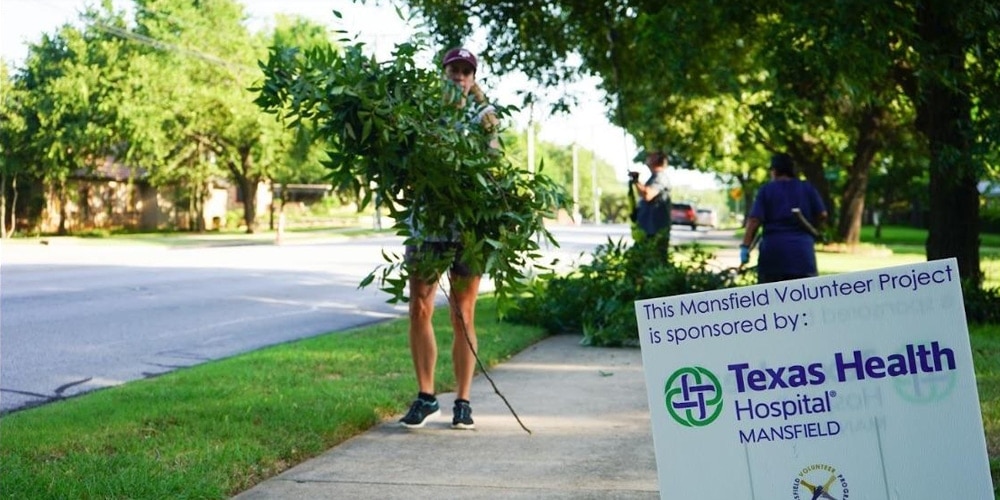 Since its construction was announced, those who reside in Mansfield, Texas, United States, have eagerly awaited the completion of Texas Health Hospital Mansfield. The new health-care campus, slated to open in early December 2020, is expected to bring comprehensive health-care services to that area of North Texas.

As the long-awaited opening date inched closer, the ceremonial balloons and confetti were all in the plans to celebrate the grand opening. Then, something unprecedented happened that has affected the lives of almost everyone — the COVID-19 pandemic.

“The pandemic is unlike anything we have ever dealt with in modern times," Kenneth Rose, president and CEO of Texas Health Hospital Mansfield, said. "While we are thankful that the Mansfield campus has remained on schedule, it is easy to see the increased burden that the pandemic has placed on our team members, the community, and beyond.”

Realizing the community’s need, hospital leaders turned their attention to ways they could help in the immediate future. They decided to nix the originally planned grand opening and donate the money that would have been used for the celebration event to local non-profits. Five organizations emerged as recipients of those funds: Mansfield Independent School District, Harvesting In Mansfield, Toys for Tots, Mansfield Mission Center, and Mansfield Cares.

“One side effect of the pandemic is that it has not only placed tremendous hardships on families, [but] it has also negatively impacted organizations that work to provide support and resources to those who are struggling in the community. Donations like these go a long way in helping provide some relief,” Lori Williams, president/CEO for the Mansfield Chamber of Commerce, said. To help garner further support for these organizations, the hospital is inviting others to assist.

A joint venture between Texas Health and AdventHealth, the Texas Health Hospital Mansfield campus is built on 38 acres (about 15 hectares) and features a four-story, nearly 200,000-square-foot hospital that will offer services that include emergency care, general surgery, women’s care, orthopedics, and interventional cardiology. The campus will also include an 80,000-square-foot (about 7,400-square-meter) medical office building that will offer primary care and specialty practices.

The Mansfield area is one of the fastest-growing communities in North Texas, projected to reach more than 250,000 residents by 2023. To account for this expected growth, Texas Health Hospital Mansfield was constructed based on an efficient, cost-effective design model with future expansion capacity. Over the next decade, the area is projected to see a 41-percent growth in jobs, which is higher than the national average of 33.5 percent. Texas Health Hospital Mansfield will also serve as a catalyst for that growth, adding nearly 300 jobs to the local economy.

“Providing preeminent, compassionate, whole-person care is our main goal,” Rose said. “But we are also laser-focused on being a great partner and positively impacting the lives of our patients and community members outside the walls of the hospital. That is what our mission calls us to do: to be a beacon of light for those around us.”