Adventist Families Among Those Affected by Massive Flooding in Indonesia 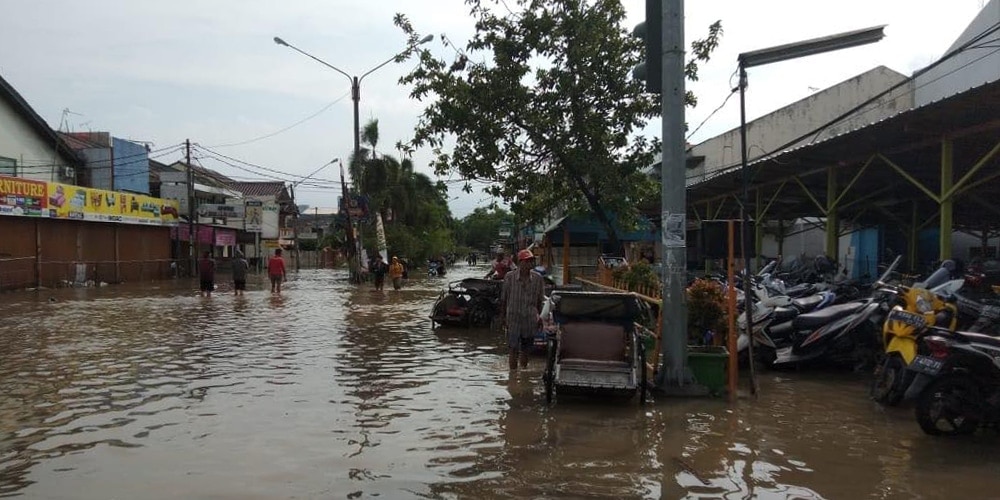 While the world welcomed the new year on the evening of December 31, 2019, citizens of Jakarta, Indonesia, braced themselves for torrential rains and severe flash flooding as monsoons and rising rivers submerged the Indonesian capital, affecting a population of more than 30 million people.

Local authorities initiated a city-wide evacuation as the death toll rose because of landslides and electrocutions. According to reports on January 6, 2020, 66 people were confirmed dead and two were still missing. More than 173,000 residents were forced to seek refuge from the floods.

Massive flooding in Jakarta caused primary modes of city transportation and airports to close after water surges reached a level of 10 feet (3 meters) in several areas of the city. Landslides were reported in the areas of Bogor, West Java Province, and Tangerang and Lebak, Banten Province.

Indonesia’s electricity utility provider switched off the power supply to avoid further electrocutions in areas submerged in water. Blocked roads and communication issues were also hurdles as the Indonesian government implemented rescue operations in areas highly affected by the flooding.

Seventh-day Adventists in Jakarta were also affected by the devastation. David Panjaitan, communication director of the Adventist Church in West Indonesia, wrote in a text message about the severity of the flooding.

“It has been raining for almost five days now. We receive reports that some Adventist families and churches were greatly affected by the flooding. We will be having an initial assessment regarding the situation and identify how we can best help our brethren,” Panjaitan wrote.

The Seventh-day Adventist Church in the Southern Asia-Pacific region is requesting prayers for everyone in Jakarta while the city is in a state of devastation.

Adventist Development and Relief Agency (ADRA) emergency response teams (ERTs) in Indonesia conducted rapid assessments to assist families affected by the flood. ADRA volunteers responded to 300 families in Bekasi City by providing ready-to-eat food and are preparing more packages to be distributed in other affected areas. Bekasi City is one of the cities greatly affected by the massive flooding, with more than 10,000 residents displaced.

ADRA Indonesia was coordinating closely with the local government to identify the best ways to assist in the situation and provide needs to the affected families.

“Initial assessment identifies ready-to-eat food, emergency shelter repair kits, bedding, and medicines as necessities to be distributed to displaced families,” said Ralfie Maringka, ADRA Indonesia marketing officer and ERT responder. “There are thousands of people affected out there, and we need to find the best ways that we can to extend immediate response to those displaced,” he added.

ADRA is the global humanitarian arm of the Seventh-day Adventist Church. The organization aims to provide long-term development programs and immediate emergency response to communities through a global network of offices.