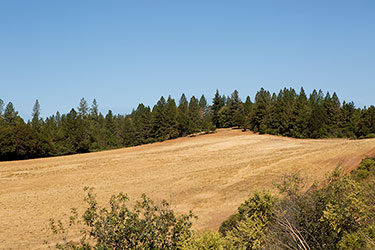 In a historic move, the Pacific Union College (PUC) Board of Trustees voted Monday, Oct. 2 to withdraw from negotiations for the sale of more than 100 acres of agricultural land. Trustees rejected a multi-million-dollar proposal from a Napa County winery.

“I am pleased the board has given Pacific Union College the opportunity to pursue a vision that includes stewardship of the PUC lands,” said President Bob Cushman. “We intend to develop a campus physical master plan that will include the development of auxiliary revenue streams while preserving the legacy of our land. The land is our endowment.”

This decision followed a similar May 11 vote when the board of the Adventist-managed school in Angwin, California, United States, voted to remove four other land parcels from the market. The board also voted to suspend further discussion of land sales until the campus physical master plan is approved by the board. Cushman outlined a 12-15-month timeframe to revise a plan that has not been updated since 1975.

“The new college senior leadership team is offering an attractive vision for the future of the college, one that I and the board are excited to see put into action,” said board chair Bradford Newton. “We are encouraged by this new view of how PUC’s land can be utilized as part of our endowment, and for the land to stay in our possession.”

“Yesterday’s vote is a clear indication that PUC is changing course and moving in a new direction,” said Eric Anderson, past president and chair of the college’s ad hoc agriculture planning committee. “The board agrees with Cushman that ‘our land is our endowment.’ It must be preserved for productive use, as the college’s founders intended.”

“It’s hard for an institution to say, ‘We were wrong.’ But the policy of trying to sell off large portions of college land was a failure—and did not lead to permanent improvements for PUC,” said Anderson. “From mission-minded Adventists to secular viticulturists, we have heard one recurring message: ‘Your land is your endowment. Don’t ever sell it.’”

Nearly the entire board meeting was devoted to the discussion of PUC’s land. After a field trip to some of the land and the PUC Preparatory School Farm, much of the afternoon was spent discussing whether to proceed with selling the parcel in question or to pursue alternative opportunities for sustainable revenue streams.

Vice President for Academic Administration Nancy Lecourt, who is also a member of the agricultural committee, explained that keeping the farmland at the center of our campus allows us to plan for innovative new academic programs. “We look forward to getting more students involved with growing food and appreciating the natural environment,” she said.

With the new school year now in full swing, Cushman and the senior administration team are looking forward to further exploring new opportunities for the use of the college’s land.

“Much prayer has been devoted to the long-term well-being of Pacific Union College,” he said. “As we develop the campus physical master plan, we will consider and vet opportunities for agriculture, light industry, and education.

Cushman said they will be looking to utilize the full potential of the land that makes PUC unique among higher education institutions, as he asked for ongoing support and prayers.

“We sincerely ask for and encourage continued prayer for PUC’s future. God has blessed PUC with rich resources, and we are determined to be faithful stewards of His gifts,” he said.