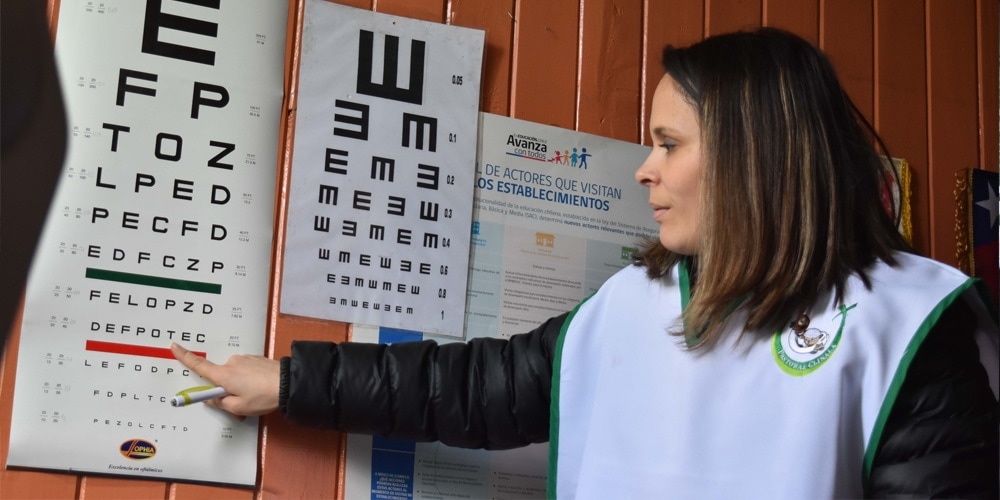 A Seventh-day Adventist health clinic recently offered free health care to Native groups in southern Chile as a tangible way of fulfilling its mission to share a message of hope with the community. Los Ángeles Adventist Clinic (CLINALA), based in the city of Los Ángeles, Chile, served more than 100 Mapuche families in Melipeuco, in the region known as La Araucanía, on August 18, 2018.

A group that includes general practice physicians answered the call of the health needs of the local population by setting up in the classrooms of the San Gabriel School, which doubled as medical offices for a day. The CLINALA team also included nutritionists, ophthalmologists, nurses, physical therapists, and counselors. Some of the medical professionals offered pharmacy services and even legal advice.

CLINALA leaders contacted the Francisco Meli Quidel community in advance, and local officials advertised and organized the health-care activities, which also attracted residents of nearby communities. Leaders of the initiative reported that at the end of the day, more than 200 people from 14 Native communities had been served.

Clinic CEO Jorge Maldonado reported that this event was not a one-time occurrence. “It has become usual that once a month, a multidisciplinary team travels to a community to provide medical services, as well as social and legal support.” Maldonado, an ophthalmologist, said that while the team often focuses on Adventist members, this was the first time that the clinic had opened up to working with Native communities. “We felt very encouraged by the great response of the people,” he said.

Francisco Meli community leader Jorge Catrilaf Meli said he felt delighted and grateful for the services provided by the Adventist clinic. “I can see that [the volunteers] are very excited about the idea of replicating this activity in the future, this time including even more communities,” he said.

CLINALA leaders explained that the activity was organized by Pastoral de Salud (“Pastoral Health”), a volunteer group that includes clinic staff and their family members. Launched in 2015, the group devotes one Sabbath (Saturday) each month to visiting a village or an Adventist congregation in the Biobío or Araucanía regions to serve church members and their neighbors in need. Group leaders reported that so far the team has offered its services in 28 locations, with an investment of about CLP$22 million (US$32,000).

Erwin Barrientos Quezada, clinic chaplain and Pastoral Health coordinator, said the group is aware of the missionary relevance of their pursuits. “We believe this is a way of preaching the gospel, and through a change in lifestyle habits, we are confident that great miracles will be performed,” he said.