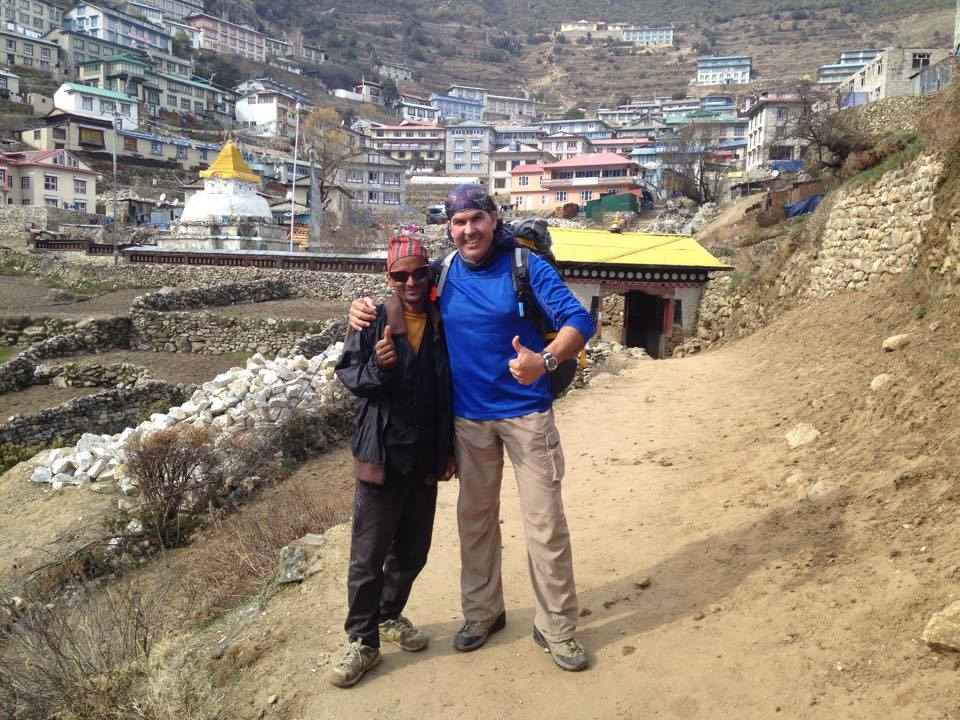 A Seventh-day Adventist mountaineer from Chile is stranded on Mount Everest after a powerful earthquake last weekend but is praising God that he is alive.

Ernesto Olivares Miranda, a 52-year-old professional mountaineer, and his team were staying with hundreds of other people at a base camp located 17,585 feet (5,360 meters) above sea level when the 7.8 magnitude earthquake rocked the mountain and surrounding Nepal on Saturday, April 25.

An avalanche caused by the earthquake killed 20 people at the base camp, mostly camp staff. The death toll across Nepal topped 6,000 people.

Olivares described the terrifying moment when the glacier under his feet began to tremble and crackle. Billowy clouds obscured surrounding mountain slopes, but he could hear the growing roar of a fast-approaching avalanche.

“Suddenly, the noise began to get louder, echoing through the mountains, and it sounded like something was coming closer, but we couldn’t see anything,” Olivares said in an interview over Facebook.

“There were eternal seconds of uncertainty. We looked back and saw a cloud of snow approaching at a high speed. We decided to wait a few seconds to see if it was going to hit us. It was at that moment when we decided to throw ourselves onto ice next to a pile of rocks,” Olivares said. “For a few seconds we felt a strong wind pass over us and snow began to fall.”

Olivares’ thoughts immediately went to God and his family.

“At that moment I asked God to allow me to hug my family one more time,” he told Adventist University of Chile Radio. “I remembered Psalm 91, which we had just read … at a worship service: ‘For He will command His angels concerning you … so that you will not strike your foot against a stone.’ At that moment, I clung to that promise.”

Seconds later, it was over. The camp lay in ruin.

Olivares said the scene was heartbreaking.

“We helped to rescue the injured and just covered the dead,” he said in an interview with the South American News Agency. “Those were very sad days.”

Olivares and his team saw that they had huddled just 55 yards (50 meters) from the path of the avalanche.

Hours later, a friend of Olivares from the Adventist Development and Relief Agency made contact with him via WhatsApp and received a report of his location and condition.

On Friday, six days after the earthquake, Olivares remained stranded at the base camp with the hundreds of other climbers. Plans were in place to start descending the mountain on Saturday.

Olivares said he was in good health and that he and his team were providing assistance to the other climbers.

He indicated that he will long remember the trip to Mount Everest.

“In the midst of the avalanche, God held my hand,” he said.