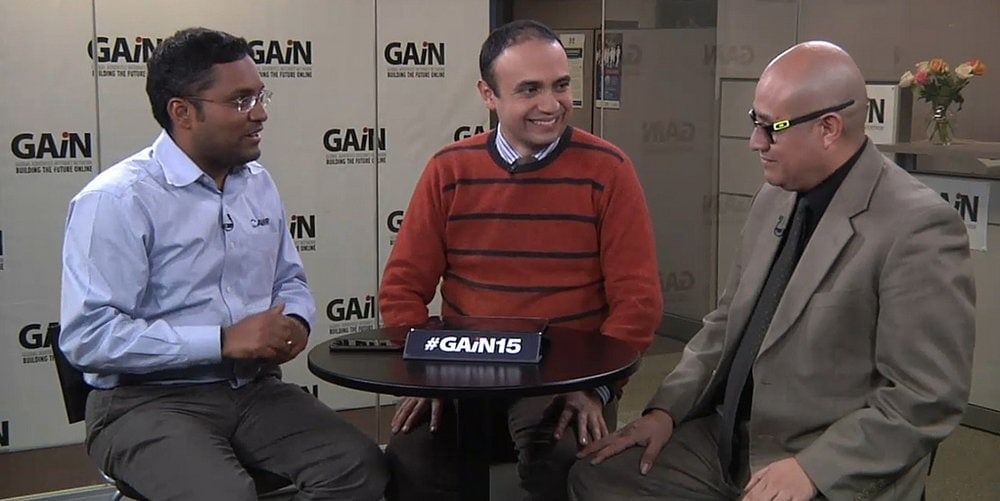 Search for “Adventist hymnal” in Apple’s iTunes store, and you’ll find 15 apps that purport to offer a decent collection of songs.

Type in “Adventist hymns,” and the number of search results grow to 20.

How are you supposed to know many apps are available so you can make a good choice?

The Seventh-day Adventist Church hopes to make life a bit easier for church members who install apps on their cell phones and other electronic devices by building a register of Adventist apps.

News about the register emerged at a five-day online conference called GAiN, which runs from Feb. 11 to 15 and is open to all people interested in information technology.

Several participants asked if a directory of Adventist mobile apps existed during a discussion that ranged from cybersecurity to the use of geographic software to target unreached world regions on Thursday.

Italo Osorio, a senior web manager for the Adventist Church headquarters, said his team would soon begin work on developing the register.

He did not say when the director would be ready.

The move would help eliminate duplication efforts of local church members working on their own apps or “reinventing the wheel,” said Daryl Gungadoo, global research and development engineer for Adventist World Radio.

Little order has been brought to the dozens of Adventist-developed and –themed mobile apps that have flooded the marketplace in recent years.

Among the many Adventist hymnbooks available on iTunes are “Adventist Hymnal – Complete Hymns,” a no-frills app by developer Anatoli Rastorgouev that costs 99 cents, to fancier versions that cost up to $9.99, feature music, and have icons that resemble the official Adventist Church logo.

Various versions of the hymnbook are also available on Android.

None of the apps appear to be authorized by the official Seventh-day Adventist Hymnal, which is found in church pews and was first published in 1985 by the Review and Herald Publishing Association.

The rising tide of apps is not limited to hymns.

Multiple apps feature the writings of Adventist Church co-founder Ellen G. White, including free, multilanguage apps produced by the Ellen G. White Estate, the official depository of her works. But independent developers have also released her writings, which are in the public domain after the expiration of copyright restrictions. Some of those apps carry nominal fees.

But Harvey Alférez, professor at the School of Engineering and Technology at Montemorelos University in Mexico, advised developers to create unique apps that solve problems differently than existing apps. The developer, he said, should also make sure the idea is put to paper in a project management strategy with wireframes.

Alférez added that he didn’t recommend cloud-based tools to build apps because of the expense.

Meanwhile, David Greene, IT director for the North American Division, urged church IT professionals to consistently test their websites for vulnerabilities and to update their security methods.

“We have a responsibility to have several layers of protection in place against the things we might not know are going on,” Greene told the online audience from 70 countries. “This isn’t about making websites trustworthy, this is about being trustworthy ourselves — worthy of the trust our visitors have in our websites.”

Greene said 80 percent of website security certificates will be obsolete in two years, and it’s important to re-key certificates regularly. He also urged web developers to acquire domain names from official registrars certified by the Internet Corporation for Assigned Names and Numbers.

“Yes it can be more cost effective, but you don’t know who else is being hosted on that server, and you could be subject to adverse reaction as the result of attacks to company websites whose values do not align with yours,” he said.

Rosales and Greene also said organizations should have policies and protocols to warn their users if data has been breached.

Jerry Chase, a pastor in the U.S. state of Ohio and a Geographic Information System specialist, presented the benefits of using GIS for mission. GIS is an analytical tool that uses software to combine information from databases and spreadsheets to reveal special relations on a map.

Chase cited the example of the coffeehouse chain Starbucks, which has effectively used GIS to open strategically located stores and revitalize slumping sales. Chase said GIS could similarly help the church find out how many Adventists live in a particular area or which areas lack Adventist outreach.

Church members have turned to GIS in the past, including the independent, supporting ministry Adventist Frontier Mission that used GIS 15 years ago to locate unreached people groups in Thailand, Chase said. Because of that research, an Adventist congregation and radio station has emerged among the Northern Khmer people.

Chase urged church leaders to use GIS in order to make decisions on “valid facts and statistics” instead of “decisions based on hunches and anecdotal information.”

Adventist leaders are warming up to the potential of GIS, he said.

“There has been a growing coalition of leaders from IT, Global Mission, and communications who are working toward a connected, interactive data system to assist leaders in making important mission critical decisions,” he said.

To register and participate in the free GAiN conference, visit gain.adventist.org, where presentations will also be posted a few weeks after the conference.