Adventists around the world begin 10 days of prayer on Wednesday for an outpouring of the Holy Spirit on the Seventh-day Adventist Church, a relatively young initiative that takes on special significance this year because of the upcoming General Conference session.

Modeled after biblical account of Pentecost, when Jesus’ disciples gathered in an upper room for 10 days to wait and pray for the Holy Spirit, Adventists will meet daily in churches as part of the Ten Days of Prayer program from Jan. 7 to 17. In many countries, the meetings take place in the evening and last an hour.

People who have participated in previous Ten Days of Prayer programs have spoken of strengthened faith, physical and spiritual healing, and renewed unity within their congregations.

“It’s not just an unleashing of God’s power amid the great controversy, but we are also hearing testimonies over and over again about lives that have been turned around,” said Jerry Page, head of the Adventist world church’s Ministerial Association, which organizes the Ten Days program.

Page said the program, which enters its fourth year in 2015, seeks the Holy Spirit’s blessing on the church at the start of every year. But this year, he said, is particularly important because it marks the culmination of a number of gospel-sharing initiatives, especially the Mission to the Cities project to reach residents of the world’s largest cities, ahead of the quinquennial General Conference session in July. 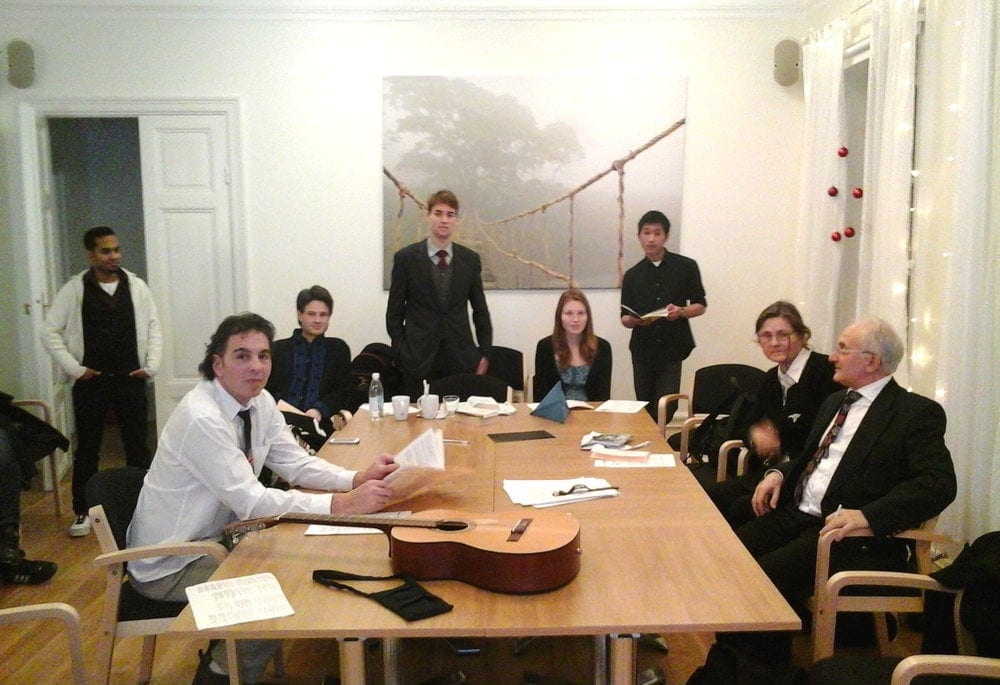 A separate 100 Days of Prayer that specially focuses on the General Conference session, a major business meeting of the world church, will begin on March 25 and continue through the end of the session in San Antonio, Texas, on July 11.

“We need to pray for unity and the Lord's presence, that the latter rain be poured out at GC session,” Page said.

The Ministerial Association has prepared resources that churches—and even individuals or small groups—can use during the Ten Days of Prayer. The materials are available for download on the TenDaysofPrayer.org website.

The plan for Day One, for example, is called “Abiding in Christ” and consists of a main Bible passage, suggested hymns such as “I Surrender All” and “I Need Thee Every Hour,” and a collection of Ellen White quotes on abiding in Christ. The centerpiece of the plan is a list of 16 prayer topics, including praise to God for the ways He is teaching prayer participants to abide in Him, prayer that General Conference session delegates abide in Christ, and prayer for each of the cities that the East-Central African Division has targeted in Mission to the Cities. Each prayer is accompanied by a promise from the Bible.

“It is good to read and pray through the materials,” said Raluca Ril, who with her husband, Roman, wrote the plan for this year’s 10 Days of Prayer. “But it is even more important that we earnestly seek a deeper relationship with Christ, that we seek to apply what we read in our daily lives.”

Ril said a main goal of the 2015 plan was to strength people’s faith by coupling the Bible promises with each prayer topic.

“We should learn to claim God's promises and continue to do so even after the end of the Ten Days of Prayer,” she said.

Ril, 33, who was born in Romania, and her 32-year-old husband, born in Kazakhstan, met at an Adventist youth congress in Germany two years ago and have since worked together at prayer-themed conferences in Europe and Africa.

An e-mailed request from the Ministerial Association that they write the materials for this year’s Ten Days of Prayer was itself an answer to prayer, Ril said.

“A little bit more than a year ago we started praying that God would use us more than He had done it so far,” she said. “We had in mind some congresses where we could help organize prayer rooms or mission schools where we could go and teach about prayer. But God's plans were bigger than ours.”

People who participated in last year’s prayer meetings spoke about an outpouring of blessings.

“Unity was like before the day of Pentecost in the upper room,” said Emmanuel Amey Azameti of Dunkwa Central, Ghana, according to an account provided by the Ministerial Association.

He said the church members were so inspired with the experience that they repeated the January 2014 program on July 2-12.

“Miracles happened, healings took place, many long-time unanswered prayers were answered,” said Buhire Elie Brown, a missionary to the Guaduloupe islands in the Caribbean Sea. “A lady who was invited by a colleague sister was healed of lung cancer and traveled to France for a checkup, and it was confirmed by a doctor over there. I believe no church can afford to miss next year’s 10 Days of Prayer.”