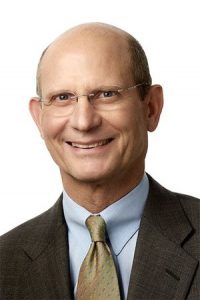 The president of the Seventh-day Adventist Church Ted N.C. Wilson will be the featured speaker for Alumni Weekend at Washington Adventist University (WAU)—a church-operated institution of higher learning based in Takoma Park, Maryland, United States— this coming weekend.

Wilson will be sharing his thoughts and experiences on April 8 at the 11:15 a.m. worship service at Sligo Seventh-day Adventist Church. During the weekend, Wilson will be inducted into the WAU Department of Business & Communication Wall of Fame. The induction ceremony will be held on Saturday, April 8, at 3:30 p.m.

Wilson graduated from WAU in 1971 with a bachelor’s degree double major in religion and business administration. He began his church career as a pastor in 1974 in the Greater New York Conference church region and is being honored by WAU “for his consistent commitment to the Christian leadership of the Seventh-day Adventist Church” and “for promoting the worldwide reach of the gospel.”

Wilson was elected president of the Seventh-day Adventist Church in July 2010, during the General Conference Session in Atlanta, Georgia, United States. As a pastor, he has served in various positions in New York; Abidjan, Cote d’Ivoire; and Moscow, Russia. He has been married to physical therapist Nancy Louise Vollmer Wilson since 1975.

“Our alumni are serving others in extraordinary ways around the globe, and we are thrilled to witness God’s work as they reach the pinnacle of their careers and continue to support the programs and activities here on campus,” said Weymouth Spence, WAU president. “We are grateful to these valued members of the WAU community for sharing their perspectives and experiences, as they foster the thoughtful dialogues that are such an important part of the evaluation and learning process at institutions of higher learning.”

Wilson’s sermon and other weekend activities will be streamed live at sligochurch.org/media.

Part of the Seventh-day Adventist system of higher education, WAU has been educating college students since 1904 on a 19-acre campus in suburban Takoma Park, close to the nation’s capital. Approximately 1,100 students of all faiths participate in the university’s nine graduate and 42 undergraduate programs. The 2016 edition of U.S. News & World Report ranked Washington Adventist University among the best regional colleges in the north.