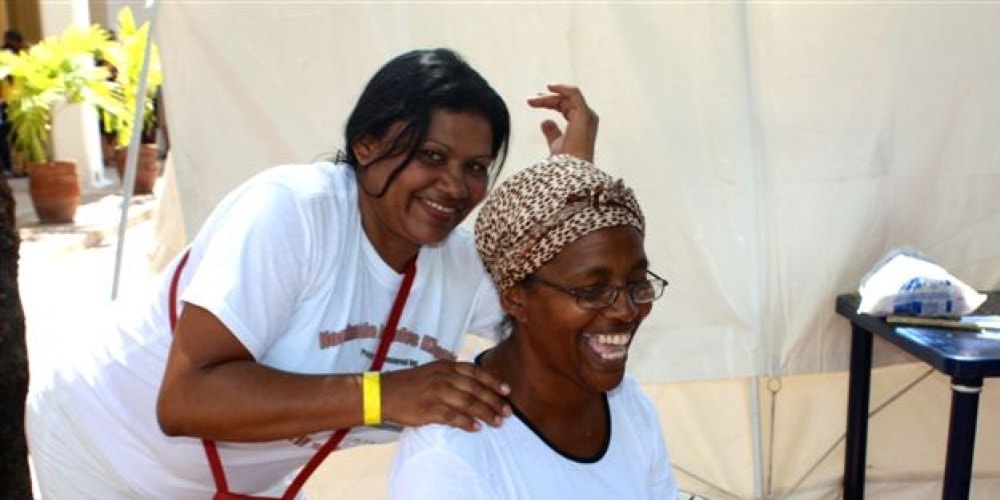 The Seventh-day Adventist Church in Cuba made history with 2,000 young people donating blood, conducting health screenings, and distributing thousands of books at two of the communist island’s most revered sites.

Many of the young people traveled for hours and over hundreds of miles to reach the city of Santiago de Cuba for the event on its Plaza de la Revolución, the site of major government demonstrations, and Abel Santamaría Park, where an armed uprising in the early 1950s helped kick-start the country’s revolution.

“This was such a historic accomplishment because it is the first time that something of this magnitude was held in a public and official way in such renowned venues,” said Ray Frómeta, youth ministries director for the East Cuba Conference, who co-organized the event.

Frómeta, a third-generation Adventist, said the event represented a big step for the church. His parents were not allowed to study because of their religious beliefs, and his grandparents were taken to court for not sending his mother to school.

“God is doing wonderful things here,” he said. “It just shows that the Adventist young people in Cuba are living as history is born.”

Some limitations remain on the Adventist Church’s work, but doors are opening to spread the message of Jesus’ coming further in Cuba, church leaders said.

The Adventist Church operates a theological seminary in Cuba, and its 31,530 members worship in 323 churches and 144 companies.

Church leaders worked together with ADRA, public health officials, and the Red Cross to hold the event, part of an Adventist youth convention, in Santiago de Cuba late last month.

Gustavo Frómeta, the province’s public health director and no relation to the youth ministries director, publicly thanked the church for the health outreach program. He said his office was ready to “undertake any joint program that benefits the community and contributes to raising the quality of life of our people.”

Medical staff from a nearby hospital also expressed gratitude to the church for the health services provided to the people of Santiago de Cuba, the country’s biggest city after the capital, Havana, with a population of more than half a million.

Young people also handed out about 4,000 copies of the sharing book “Beyond Imagination” by John Templeton, Jerry Thomas and L. James Gibson.

The event attracted significant attention from passersby and the media.

“Many came by just to see what the commotion was about,” said Dayami Rodríguez, communication director for the church in Cuba. “Many local leaders and journalists covered the event.”