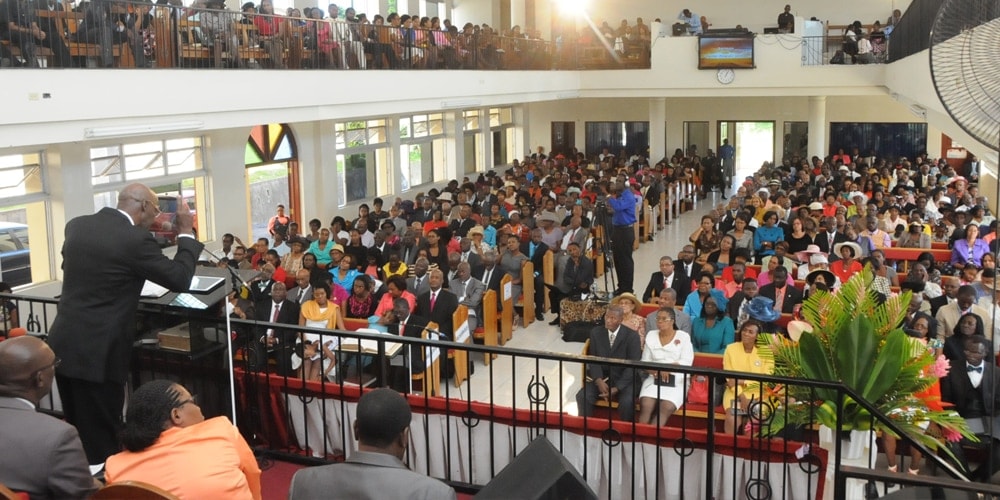 Mitchell’s remark came from the backdrop of the United States State Department International Religious Freedom Report, which found that Sabbath-keepers experience difficulty getting or holding on to jobs.

“We welcome wholeheartedly this move by the PSOJ president, which is long in coming but very timely,” said Nigel Coke, Public Affairs & Religious Liberty director for the church in Jamaica. “Though some of our members are being affected now and have been in the past, we believe it is time to deal with the issue in a very amicable way and move forward,” said Coke.

Coke believes that it is the right opportunity to educate members of the PSOJ on the constitution and what is required. “We are willing to meet with members of the association to discuss some of the issues and how they can be dealt with so that it can be a win-win for everyone.”

With the ratio of one Adventist per 12 persons in Jamaica, the stance can affect many the more than 307,000 church members on the island.

“I am very heartened by the stance taken by the president of the PSOJ not to support members of his organization who violate the constitutional rights of workers to worship on the day they choose,” said Everett Brown, president of the Seventh-day Adventist Church in Jamaica. “We encourage other leaders in the private and public sectors to support our advocacy to preserve the rights of all workers and students to worship on the day that they choose as provided for by the constitution of Jamaica.”

Brown said the Adventist Church will continue to lobby and be a voice for church members and other people of faith whose right to worship on the day they choose have been violated. “We will continue to work with all stakeholders to ensure that we eliminate discrimination in the workplace and educational institutions on the basis of religion.”

According to a Jamaica newspaper report, one of the biggest problems is that some supervisors are paying employees extra to work on Saturday, which may give the impression that money may be used to entice workers to work on the Sabbath.

“It is in breach of the guarantee given by the constitution that there should be no discrimination based on one’s religion, beliefs practices or observance of a day of rest,” said attorney-at-law Wendell Wilkins. As a result, a citizen’s religious day must be respected as a matter of law, he added.

Wilkins further argued that Jamaica is a signatory to many international agreements which provides that there must not be any discrimination based on one’s religion. “This constitutional right operates whether the entity in question is private or public, therefore at the workplace no one should be discriminated against on religious grounds, whether they worship on Saturday, Sunday or any other day, when they seek employment or are already employed.”

Reacting to the US State Department disclosure, Coke described the situation as unfortunate. “It is unfortunate, whichever country or whichever organization, that does not recognize the religious right of individuals according to their God-given conscience. It is a fundamental right to every single man at creation,” said Coke.

Coke noted that the discrimination also transcends the workplace into tertiary institutions, where coursework and exams are set during hours Seventh-day Adventists reserve for worshipping God.

“We need to hear from the education sector because many Sabbath keeping students are now worried because their upcoming exams are set during Sabbath hours from sunset Friday evening to sunset Saturday evening,” Coke emphasized.

The Seventh-day Adventist Church in Jamaica has more than 307,000 church members worshiping in 738 churches and congregations. The church oversees 29 primary and secondary schools, a university, and a hospital.