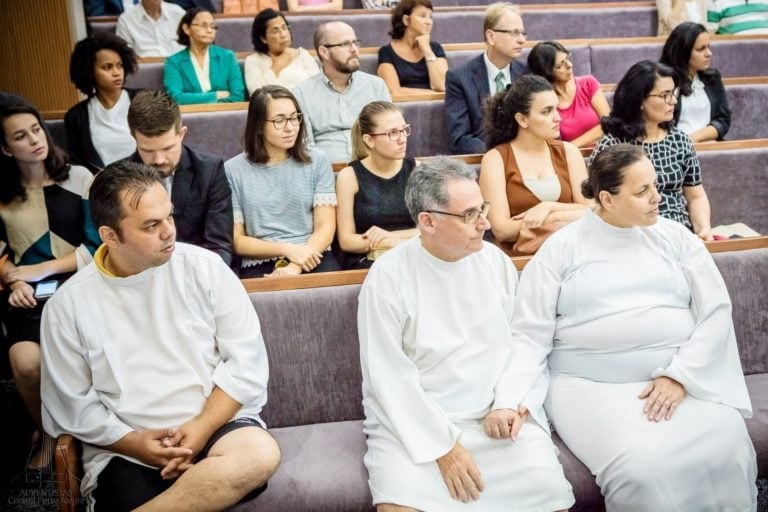 For more than 15 years, Edison da Silva provided external auditing services for various institutions managed for the Seventh-day Adventist Church in Brazil. As he worked, he saw firsthand the church’s commitment to sharing God’s salvation with people.

It all began in 2002 when he flew from southern to northern Brazil to take care of a new client. What he didn’t know is that encounter with Seventh-day Adventists would end up changing his and other lives.

“I had never heard about Seventh-day Adventists,” da Silva acknowledged in retelling his first experience at the headquarters of Northern Brazil Union Conference (UNB) near Belém, Pará. “It was through the services I provided that I was introduced to the love of Jesus.”

During the next decade, da Silva returned from time to time to provide his services as an external auditor. External auditing is a legal requirement that demands the annual hiring of an auditor unrelated to the institution, to certify that the church organization is in good standing and follows all the rules and regulations in force, as well as the best accounting practices in the field.

Volnei Porto, then a UNB pastor and financial director, was da Silva’s direct contact. Porto would make the most of his meetings with da Silva, inviting him to family worship at his place in the evenings, and sharing with him Adventist materials.

The Seeds Give Fruit

After a decade providing his services to the UNB, Porto was transferred to the Southeast Brazilian Union (USeB), which includes the populous states of Rio de Janeiro, Espírito Santo, and Minas Gerais. Since he knew the services da Silva’s company was able to provide, he decided to keep the business relationship.

So, during the last six years, da Silva has provided external auditing services to educational institutions across the region, including Silvestre Adventist Hospital in Rio de Janeiro. After more than 15 years in contact with the church, he said he can attest that “the Seventh-day Adventist Church has a sound structure, and it is an organization that carries its operations with openness and accountability.”

“I feel that God led every action throughout these years, giving me hope back in the midst of difficult situations,” said da Silva.

He said it was a process and a journey. “The deeper we went into the [Bible] topics, the more we wished to become part of the church,” said da Silva. “We feel God gave us time to mature until our hearts were filled with a desire to be baptized.”

On April 22, 2018, at Central Porto Alegre Seventh-day Adventist Church, he was baptized by his longtime friend Porto. “It is a new start, a new beginning of renewed faith and hope,” the couple said after the ceremony.

Porto emphasized the importance of being intentional in financial matters. “It is a bureaucratic job, he said, and sometimes, people involved in it do not feel they are contributing to the mission of the church.”

But Porto made clear it is not the case. “da Silva’s testimony shows that if conducted properly, financial activities can draw the attention and move other people to commit to the message of the gospel,” he said. “It is what happened in this case.”