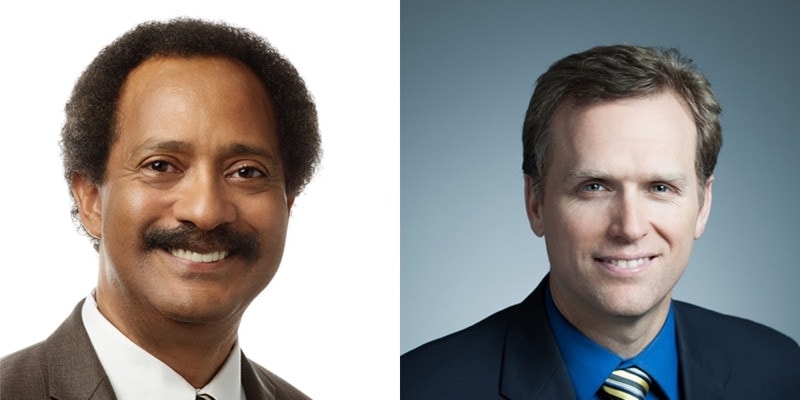 The Executive Committee of the Seventh-day Adventist Church voted new world directors for two of its departments at the denomination headquarters in Silver Spring, Maryland, United States on April 11.

Below are biographical sketches and statements of the two new world church leaders.

A Passion for Mission

Ramon Canals was born in the Dominican Republic but grew up in New York. He holds a Bachelor of Theology degree from Central American Adventist University in Alajuela, Costa Rica; and MA and DM degrees from Andrews University.

Canals, who for years served as a local church pastor in the New Jersey Conference, in the North American Division, is also an experienced full-time evangelist, Associate Ministerial director, and Hispanic ministries coordinator.

Since being elected as an associate director of the department he now leads, Canals has been working with division, union and conference leaders to cast the vision of Total Member Involvement (TMI), an initiative of the world church to get every member involved in the mission of the Seventh-day Adventist Church. Canals enjoys encouraging people to get involved in the community and soul winning.

As an evangelist, Canals has conducted evangelistic meetings in North, Central, and South America; the Caribbean, Europe, Asia, and Africa. He has also helped to train Sabbath School teachers and taught seminars for leadership conferences in various world regions.

Currently, Canals is assisting in developing the new My Bible Guides curriculum for Sabbath School.

“I am humbled and honored to serve my Lord,” said Canals in a statement to Adventist Review after being voted in by Executive Committee members. “I am privileged to serve by the grace of God, and pray for the outpouring of the Holy Spirit…as we move forward on our knees.”

Talking about his new responsibilities, Canals made clear where his priorities are. He highlighted that Jesus’ commission to make disciples implies training lay people for evangelism. “Sabbath School is a disciple-making institution,” he said.

Canals hopes to encourage Sabbath school classes to be actively involved in their community. “This is one way through which people of any language or ethnic background can be motivated, trained, and equipped to fulfill Christ’s mandate,” he said.

A Passion for Empowering

Gary Blanchard, a native of the US north-eastern State of Maine, has been serving the church as a church pastor and leader for over 20 years. As a church pastor, he ministered in half-a-dozen states before being called as a youth leader in Texas in 2012.

“I love nothing more than leading leaders, inspiring young people with the three angels message.”

Blanchard, who holds a degree in Religion from Southern Adventist University and is one class short of finishing his Masters of Divinity degree, defines himself as a Seventh-day Adventist Christian “who believes wholeheartedly in our mission and message.” It is in this context that he sees young people as a key element to implementing the mission of the church, and his own leadership as a way of facilitating it.

During his stint in the Texas Conference, Blanchard worked tirelessly following his department motto “Making Ministers for the Master.” “Everything we’ve done in the last five years has been built around this simple but focused mission statement,” he said.

Blanchard explained that the Texas Conference Youth Department motto helped his team decide how to prioritize and select initiatives. This led to the development of two schools of evangelism (“SENT” and “GLAD REAPER”) for young people. So far, close to 1,000 young people have been trained for public evangelism and service. And those trained “have partnered with their local pastors to serve Christ in their local communities,” Blanchard explained.

Now at a global level, Blanchard said he hopes to gather information from those he has been asked to lead, cast a vision out of that information, and begin to work through leaders, teams, and individuals. “I will work hard to be a blessing to God’s young people around the world,” he said.