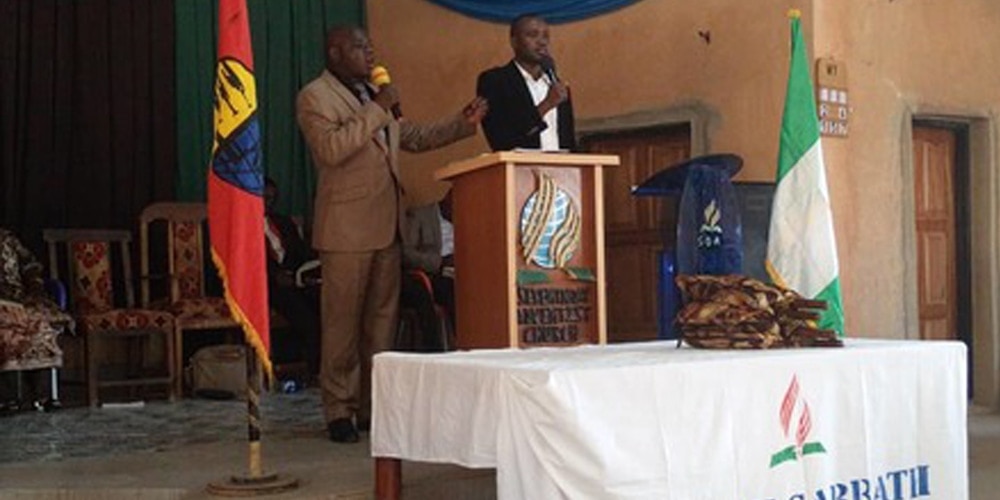 Manoah’s contribution was highlighted during a special thanksgiving service at the local Adventist church, also attended by a group of members from other Christian faiths.

Group leader Sylvester Dalong emphasized how important was Manoah’s role in helping young people from different faiths find employment. Dalong shared that many of them were initially ad hoc staff with the Ministry of Lands and Survey of Plateau State. The state government had approved their employment as permanent in 2014. “Sadly,” he said, “the succeeding administration terminated their appointment in 2015.”

It was here that Manoah’s intervention proved helpful, Dalong explained.

“Thanks to his help, God made it possible for us to be rehired,” he said. And in explaining their presence at the thanksgiving service, he added, “We have come to thank God for the remarkable things He has done for us, by using Manoah, who showed compassion devoid of tribal, ethnic, or religious affiliation.”

Bot Rwang, another beneficiary and a member of another Christian church, said he thanked God for making Manoah an agent of positive change.

“So many us were roaming on the streets without jobs,” he explained, “but Manoah’s assistance has enabled us to secure a job with the state government, and that is why we came to his church to say thanks to God.”

In a special message of thanksgiving, Emmanuel Jugbo, president of the Adventist Church in the North East Nigeria Conference, said the church sincerely appreciates Manoah for his act of benevolence, and he called other church members to imitate him. “Adventist members who are in a position of authority should emulate such spirited gestures,” Jugbo said. “They should strive to lift unemployed people — especially the teeming unemployed graduates — out of poverty.”

Manoah explained that his initiative was borne out of his love for Jesus and constant desire to serve humanity.

“Every year at my birthday, I stop to reflect on the number of lives I have touched during the last year,” Manoah shared. “I believe it is time for members of the body of Christ, and especially Seventh-day Adventists, to put their machinery in motion to enhance empowerment programs for young people in the church and beyond,” he said.