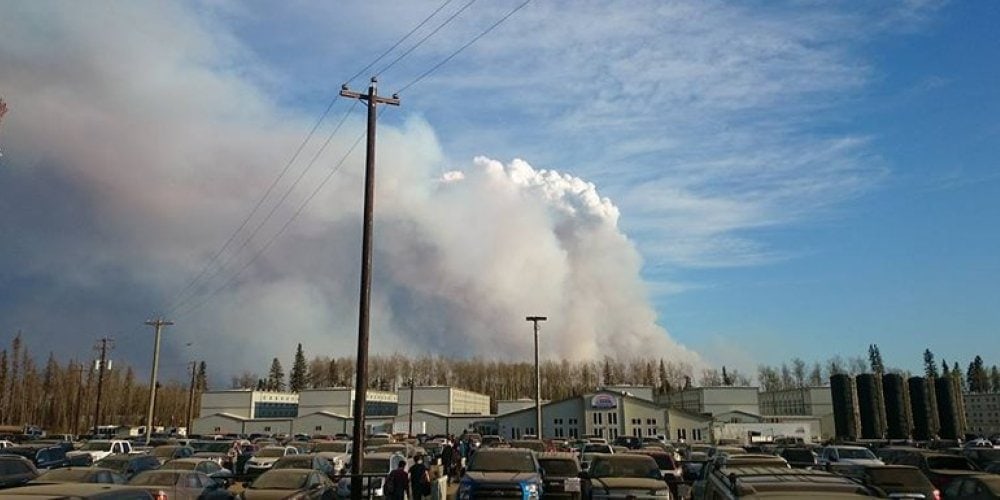 Leaders of the Seventh-day Adventist Church in Canada are closely monitoring a wildfire in Fort McMurray, Alberta, Canada, that caused the local government to declare a state of emergency and all 88,000 residents to flee their homes.

A mandatory evacuation order was issued on May 4 when a wildfire spread across the Athabasca and Hanginstone rivers and engulfed several neighborhoods in flames.

Some 18,000 to 22,000 residents who fled their homes traveled to Edmonton, the closest large city to the south of Fort McMurray, while all others had to go north, with many staying in work camps.

The fire has spread over 85,000 hectares, or over 330 square miles, and has destroyed more than 50 percent of the city.

The wildfires, fueled by dry conditions and wind, have doubled in size and changed directions. Reports say some communities have lost up to 80 percent of their homes.

“Our thoughts and prayers are with all whose lives are impacted by the fires there,” said Mark Johnson, president of the Seventh-day Adventist Church in Canada. “We continue to monitor reports regarding the well-being of our Adventist families in the community.”

The North American Division said the single Adventist church in the city still appeared to be standing and asked church members to keep residents in their prayers.

“There is one church located in this city and most recent reports say that the building is still standing,” it said on its Facebook page. “Of utmost concern now is the residents of this city. Please pray for their safety.”

The Edmonton South Seventh-day Adventist Church, along with at least 10 Adventist families in the area, have opened their homes to the displaced.

The Adventist Development and Relief Agency in Canada and the Alberta Conference have partnered with the Red Cross to assist affected residents.

News
ADRA Water Filters Make a Vital Difference in the Canadian Arctic
When gasoline began emanating from house faucets, the agency stepped up to help.