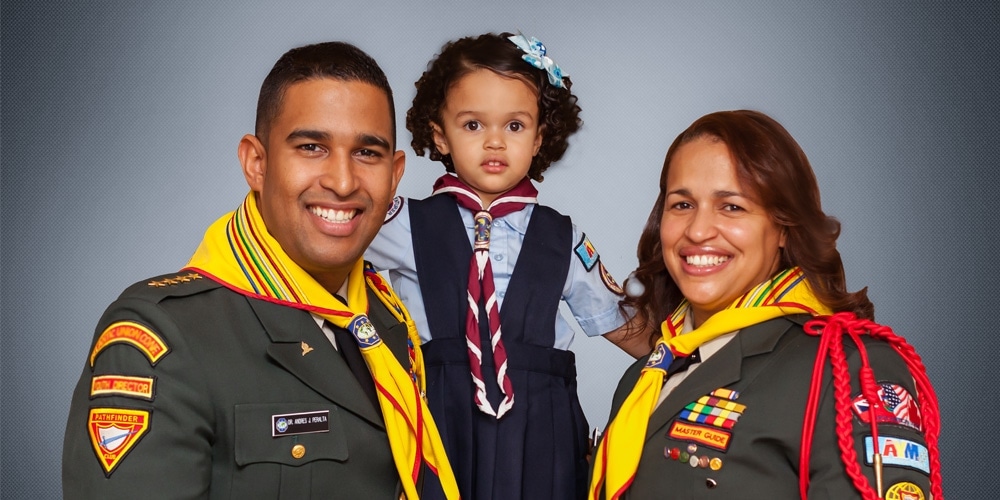 Based on a recommendation of the Youth Department of the Seventh-day Adventist Church world headquarters, the Executive Committee of the General Conference appointed a new associate director last week, to a position left vacant after Jonatán Tejel returned to his home division in Europe last year. Andrés J. Peralta, a pastor with extensive experience as a youth leader and evangelist, will join the team of director Gary Blanchard and associate director Pako Mokgwane as associate director for Junior Youth.

“We are so happy to welcome Andrés and his beautiful family to our General Conference Youth Ministry Department,” said Blanchard. “We are also thankful to God for answering our prayers for a Spirit-filled leader for our club ministries.”

In his new position, Peralta will also lead the thousands of Adventurer, Pathfinder, and Master Guide clubs around the world.

“It is truly a blessing to [become] part of this wonderful team,” said Peralta in a recorded message posted on the Youth Department Facebook account. “I thank God for the privilege of serving….”

Peralta said he is praying for guidance as he tackles the challenges of his new position, and that he is very excited about the prospects. He also invited young people to stand up and keep God’s mission alive.

“As faithful servants of God, let us continue to be a friend to men,” Peralta said. “Let us take the Advent message to the whole world in this generation.”

Andrés J. Peralta was born in Santo Domingo, Dominican Republic. He earned his Bachelor of Arts in Biblical Theology from the Antillean Adventist University in Puerto Rico. While studying at Antillean, he was actively involved in ministry serving as campus ministries and evangelism coordinator, as well as assistant pastor at the Mayaguez III church.

Upon completing his Master’s degree, Peralta answered a call to join the Greater New York Conference church region, where he served for ten years, first as a district pastor, and then as Youth Ministries director. While serving in New York, he earned his Doctor of Ministry degree from Andrews University in Teamwork and Urban Youth Ministry. His last assignment was as youth ministries director for the Atlantic Union Conference, which spans six US states and the island of Bermuda.

Peralta has been commissioned by the US Navy and the North American Division of Seventh-day Adventist as a Lieutenant Reserve Chaplain serving at the Quincy, Massachusetts base. He’s been also certified by the National Organization for Victim Assistance (NOVA) Victim Relations.

Peralta, who is fluent in Spanish and English, is passionate about empowering children, youth, young adults and adults to grow in Christ, looking to Jesus as their ultimate example, while practicing servant leadership. According to people who have worked with him he is very energetic with a great sense of humor and loves to serve. He has also mobilized thousands of youth to serve in hundreds of community projects and dozens of mission trips locally and internationally.

Peralta has been married to Martha for 16 years, and they have a daughter, Melany Abigail.

The Youth Department of the General Conference of Seventh-day Adventists contributed to this report.