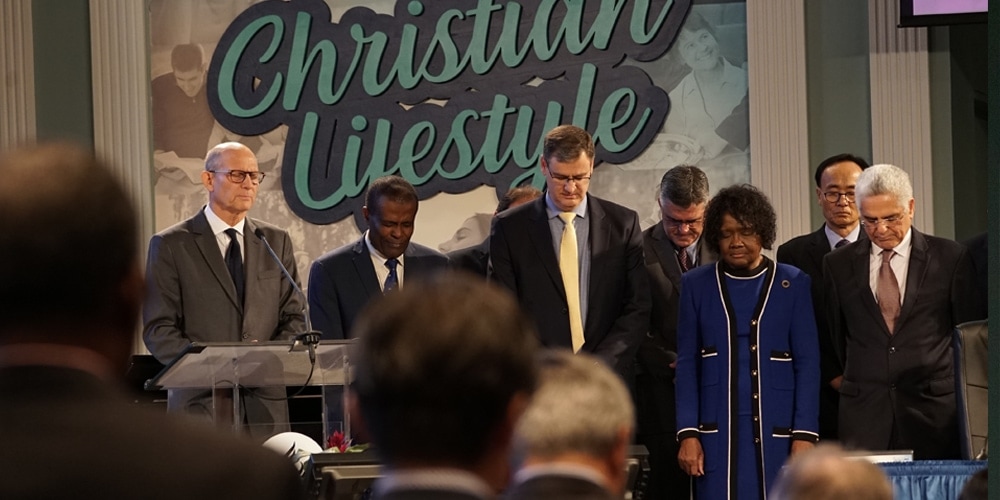 During its 2019 Annual Council, the Seventh-day Adventist Church and its international humanitarian agency, the Adventist Development and Relief Agency (ADRA), announced a global campaign, “Every Child. Everywhere. In School.”

According to ADRA leaders, the joint campaign is an urgent call to leaders and members around the world that all children, regardless of race, age, nationality, gender, religion, or origin, have a right to earn and complete an education, and that being in school is a recognition of the value and potential of each individual child.

The campaign aims to collect one million signatures by 2020 through grassroots efforts in collaboration with the Adventist Church worldwide and the ADRA network of offices in more than 130 countries. The petition will be presented during the 61st Session of the General Conference of the Seventh-day Adventist Church in Indianapolis, Indiana, and will urge world leaders to take action for children everywhere to receive a high-quality education.

A 2018 UNESCO study reported that there has been little improvement in reducing the number of out-of-school children, adolescents, and youth in the world since 2012 and that as of 2016, more than 262 million children around the world are still out of school.

“We do not accept the fact that 90 percent of children with disabilities in the developing world are not in school. We do not accept the fact that refugee children are five times more likely to be out of school than their non-refugee peers, or that 25 million primary school-age children have never been to school. This is why it’s so important that we speak up on behalf of every child who is not in school today,” said Michael Kruger, president of ADRA.

To disseminate the campaign and collect signatures for the petition, the Adventist Church and ADRA have developed inclusive technologies for a global audience, including an online presence and the data-based messaging platform WhatsApp. To sign the petition on WhatsApp, persons must first download the app and then visit ADRA.org/WhatsApp. The campaign can also be found at ADRA.org/InSchool.

ADRA and the Seventh-day Adventist Church have long supported social justice issues, including working with faith-based communities to champion support for refugees, migrants, and displaced persons during World Refugee Day and World Refugee Sabbath. ADRA also supports “enditnow,” a campaign spearheaded by the Seventh-day Adventist Church’s Department of Women’s Ministries that pushes to end violence against women and girls.

“Together, ADRA and the Seventh-day Adventist Church can change the lives of children all around the world. We want to see every child everywhere in school by 2030, and it starts with one million signatures,” Wilson said.

The original version of this release was posted by ADRA International