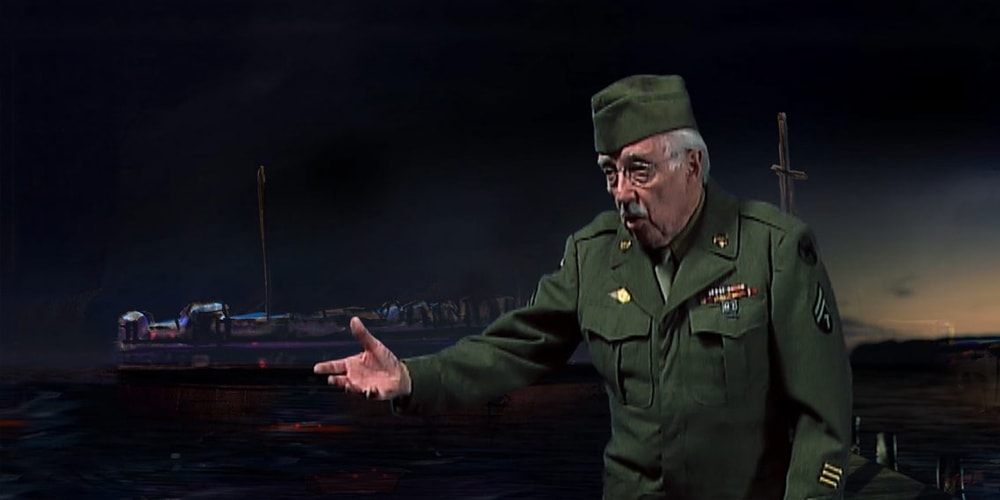 Retired Army chaplain Dick Stenbakken continues to travel around the globe presenting first-person character narratives to a wide diversity of audiences. Using the advantage and backgrounds of five graduate degrees, Stenbakken conducts extensive research as he develops each character and assembles their accurate, hand-made costumes.

Stenbakken has presented historical narratives for youth rallies, senior leadership meetings for the Army Chief of Chaplains, major healthcare organizations, college students, and a variety of military and civilian congregations of many denominations across the U.S., Canada, Africa, India, Asia, Europe, Japan, and Germany.

He has also spoken at the Pentagon Prayer Breakfast and presented at U.S. Senate Bible study luncheons multiple times. Stenbakken has been a guest on the Trinity Broadcast Network and Hope TV. In addition, he has performed at the National Association of Evangelicals Chaplain’s Conference, as well as for other events around the world.

Stenbakken, who spent 24 years in active duty as a chaplain and retired as a full colonel, directed Chaplaincy Ministries on a worldwide basis for the Seventh-day Adventist Church for many years.

Stenbakken’s most recent travels are taking him to multiple events at the U.S. and NATO Air Force base in Aviano, Italy, to portray the story of the sinking of the Dorchester from the vantage point of a survivor. That night in February 1943 when nearly 700 men lost their lives is considered one of the greatest naval tragedies of World War II.

“The ship was sinking from being hit by a torpedo, and as it was about to go under the waves, they ran out of life vests,” said Stenbakken. “The four chaplains on board, a Rabbi, a Roman Catholic, a Dutch Reformed, and a Methodist, took off their life vests and gave them to the next men in line. Then, singing and praying together, with arms locked at the rail, the four noble chaplains sank to their death in the frigid waters. I do the presentation as a now old man looking back at how the chaplain not only gave me his vest but gave me life. The presentation is done in a World War II issue uniform, and with a 1940’s vintage life vest.”

“I have a World War I replica uniform for this,” said Stenbakken. “Pruden was a quite a colorful character. He was a career chaplain who saw war and combat assignments before World War I, and as such was named the first school Commandant as we attempted to train chaplains for World War I. He pushed hard for chaplains to wear rank on their uniform, but the brass thought otherwise. He suggested that chaplains write their congressmen about the issue.” Stenbakken noted that the resulting stress between Pruden’s stance and the Army Chief of Staff, General John Pershing, was sharp, and Pruden was “reassigned” at the end of World War I. He retired two years later as a Lieutenant Colonel.

“The interesting thing is that the proposals he made were ultimately put into place, so he seriously shaped the Army Chaplain Corps from that time to this,” observed Stenbakken. “He was a man who stood unflinchingly for what he thought to be right, regardless of the personal consequences that followed.”

Stenbakken’s next series will be in Germany in January, with other two-day professional chaplain training events conducted with the Army Chief of Chaplains scheduled throughout 2019.

An original version of this story was posted on the Mid America Union Outlook magazine.