A two-day ice storm has left an Adventist-owned camp in Canada looking like a "war zone," but camp leaders are praising God that no one was injured and that the buildings suffered only minimal damage.

The creeping storm brought freezing rain and snowfall to Camp Hope in the province of British Columbia in the early hours of Jan. 5 and lasted through Jan. 6, splitting hundreds of trees and cutting power lines.

The storm also broke the stained glass windows of the camp’s chapel, slightly damaged the roofs of six small cabins and other buildings, and caused the loss of more than $3,000 worth of food when the power went out.

"The storm was not wild and windy. It was a slow insidious thing," Gerber said. "The freezing rain just kept adding to the weight of the trees. On Monday morning, in the wee hours, they started breaking, and they just kept on breaking and breaking through Tuesday as well."

REAL-LIFE SNAP, CRACKLE AND POP: Camp Hope director Bill Gerber dodging falling tree limbs as he examines a road to the camp during a slow-moving, severe ice storm on Jan. 5, 2015.

Thousands of homes in British Columbia’s Fraser Valley lost power during the storm, but Global News, a national news website, reported that no place appeared to have been as badly damaged as Camp Hope.

“Everybody that comes out here just can’t believe it,” a senior camp staff member, Todd Schafer, told Global News. “They think it’s bad, but then they get here and they’re shocked. It’s like a war zone.”

When the storm hit, about 12 guests from Fountainview Academy were staying at Camp Hope, which hosts conference, camping and wedding facilities. No one was injured, and the 12 guests left on Monday morning, Jan. 5. A group of 50 other people were expected to arrive that day from Fountainview, an independently operated Adventist boarding school in British Columbia, but they canceled their plans because of the weather, Gerber said.

“We thank God that no one was hurt and damage to our buildings and structures were minimal,” Gerber said in a separate statement.

He expressed hope that power would be restored in a few days. In the meantime, an emergency power generator is being used, and the only heat source in the lodge is a small wood stove.

“The staff have continued to work uncomplainingly and valiantly despite the cold,” Gerber said.

Staff spirits are bolstered by a growing number of volunteers who are offering to help clean up the mess. About 30 volunteers cleared a patch of the camp on Sunday.

“It was two very discouraging days,” Gerber said of the storm. “But as pictures were posted online and word got out, first one phone call offering help, then another and another.

“When the sun came out on Wednesday,” the day after the storm, “and the sky was bright blue, amidst the destruction there was still beauty,” he said. “Our spirits were lifted and the task of cleaning up suddenly started to feel doable.”

The camp was insured, but Gerber said he was still sorting out financial issues.

“We already have an excavator clearing away trees along our access road and a professional faller clearing away potential danger trees that could repeat this power line problem in another storm,” he said. “Restoring power is going to be expensive, and of course there will be other expenses as well.

He said the camp, as a private entity owned by the Seventh-day Adventist Church, could not call on the Canadian army for clean-up help.

“But we have the army of you, our brothers and sisters here in BC, Yukon and beyond,” he said. “We will need many, many helping hands in the weeks and months to follow. If you can lend us a hand, please let us know as we continue to formulate our clean-up plans.”

CAMP CLEANUP: Volunteers clearing the damage at Camp Hope on Sunday, Jan. 11, 2015, with a backhoe removing branches and a man cutting down a tree that didn't survive the ice storm. Video by Bill Gerber. 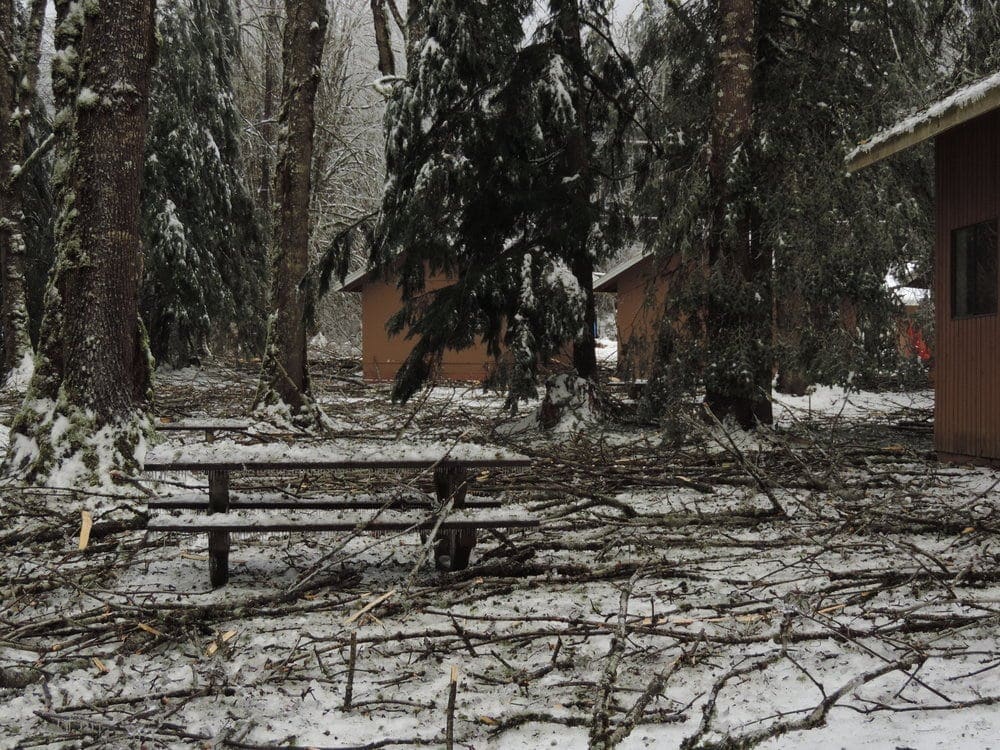 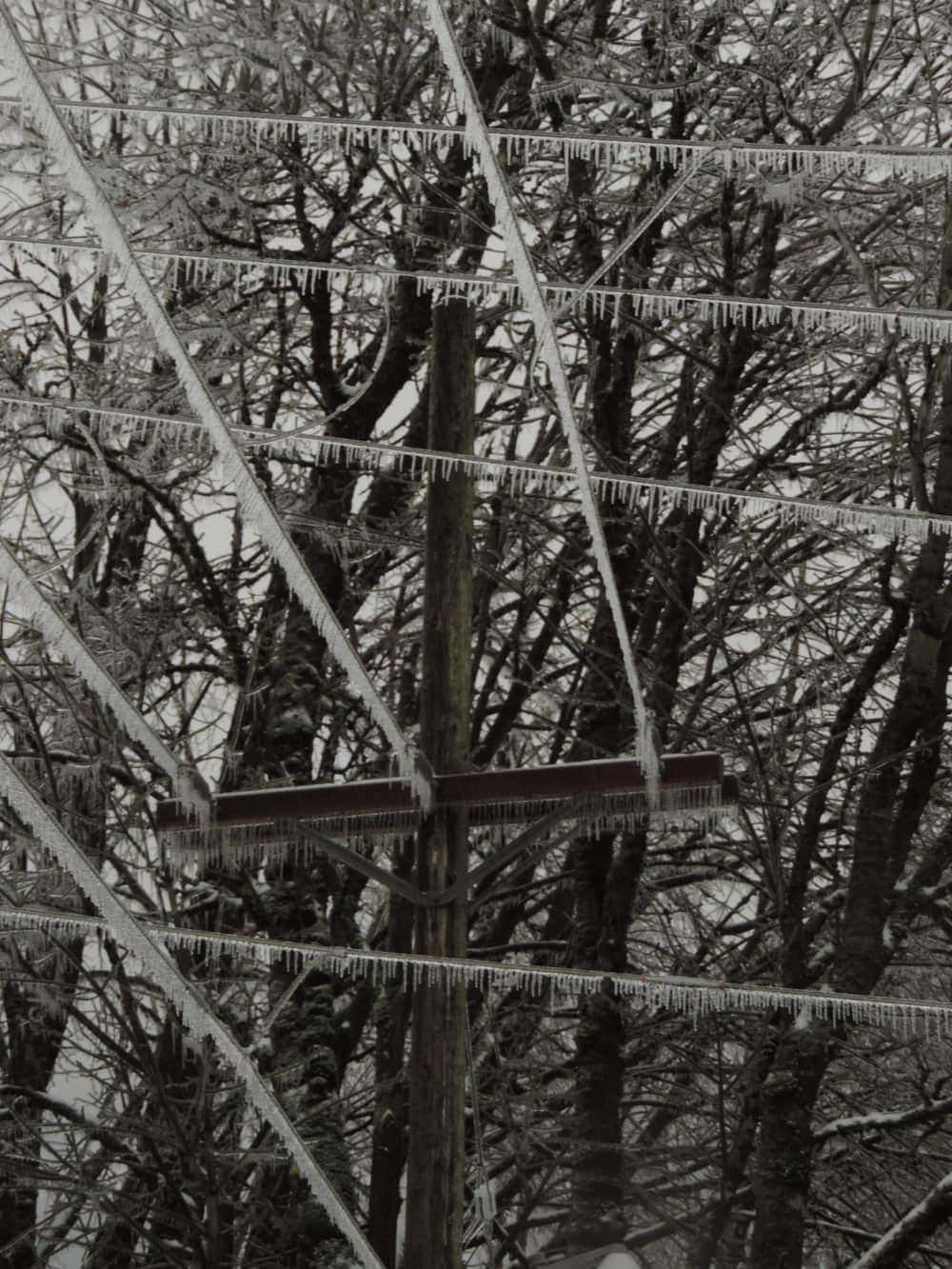