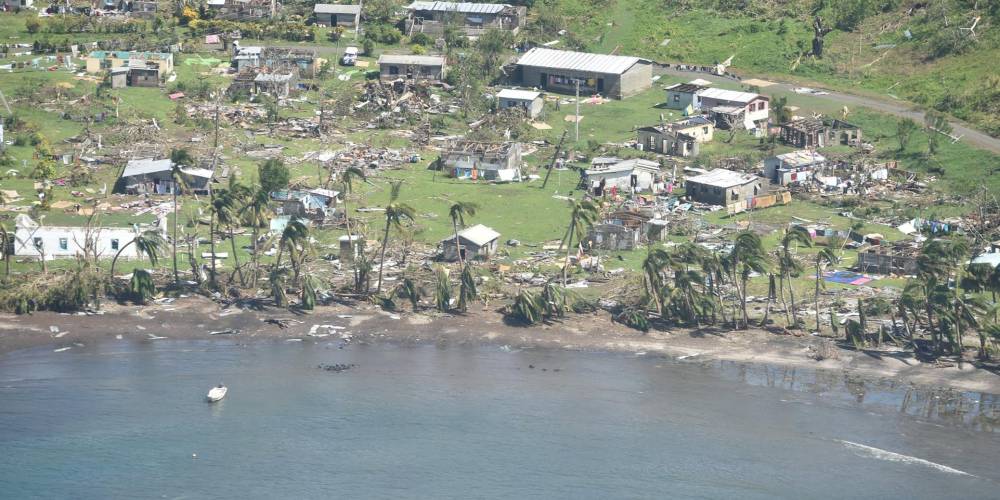 A Seventh-day Adventist believer was seriously injured while running for cover when a devastating storm tore through the South Pacific island-nation of Fiji over the weekend.

Joseph Talemaitoga, general secretary of the Adventist Church’s Fiji Mission, said Monday that the middle-aged man was hit by flying iron roofing on the island of Qamea while seeking shelter after the house where he was staying collapsed.

Talemaitoga described the injuries as “very serious” and said the man had required stitches.

The unidentified man was airlifted by helicopter to a hospital in Fiji’s capital, Suva, where he was recovering.

At least 21 people were killed when Cyclone Winston battered Fiji with heavy rainfall and winds of more than 200 miles an hour (320 kilometers an hour). The Saturday night storm is the most powerful to have hit Fiji in living memory.

The Adventist Church has about 25,000 members worshiping in 260 congregations across Fiji.

The church owns Vatuvonu Adventist College, three elementary schools and a number of churches on Fiji’s second-biggest island, Vanua Levu, which bore the brunt of the storm. But details were few Monday about how badly the buildings might have been damaged. Local church leaders earlier said that teachers at Vatuvonu Adventist College were forced to seek shelter in classrooms during the storm because of damage to staff houses.

Buildings on the recently constructed campus of Fulton University College, located on the outskirts of Nadi on Fiji’s main island, escaped the storm undamaged.

Despite the devastation, Talemaitoga said people were still smiling.

Church members were helping with a countrywide clean-up effort.

“It’s a great feeling to know that church members are ready and willing to take time off work and volunteering, men and women, to come and do whatever needs to be done,” Talemaitoga said. “We are grateful to everyone from across the South Pacific region for their prayers and support.”

Profile
Media Ministry Is Transforming Lives in Fiji
Despite lockdowns and restrictions, more than 600 have been baptized in 2021.