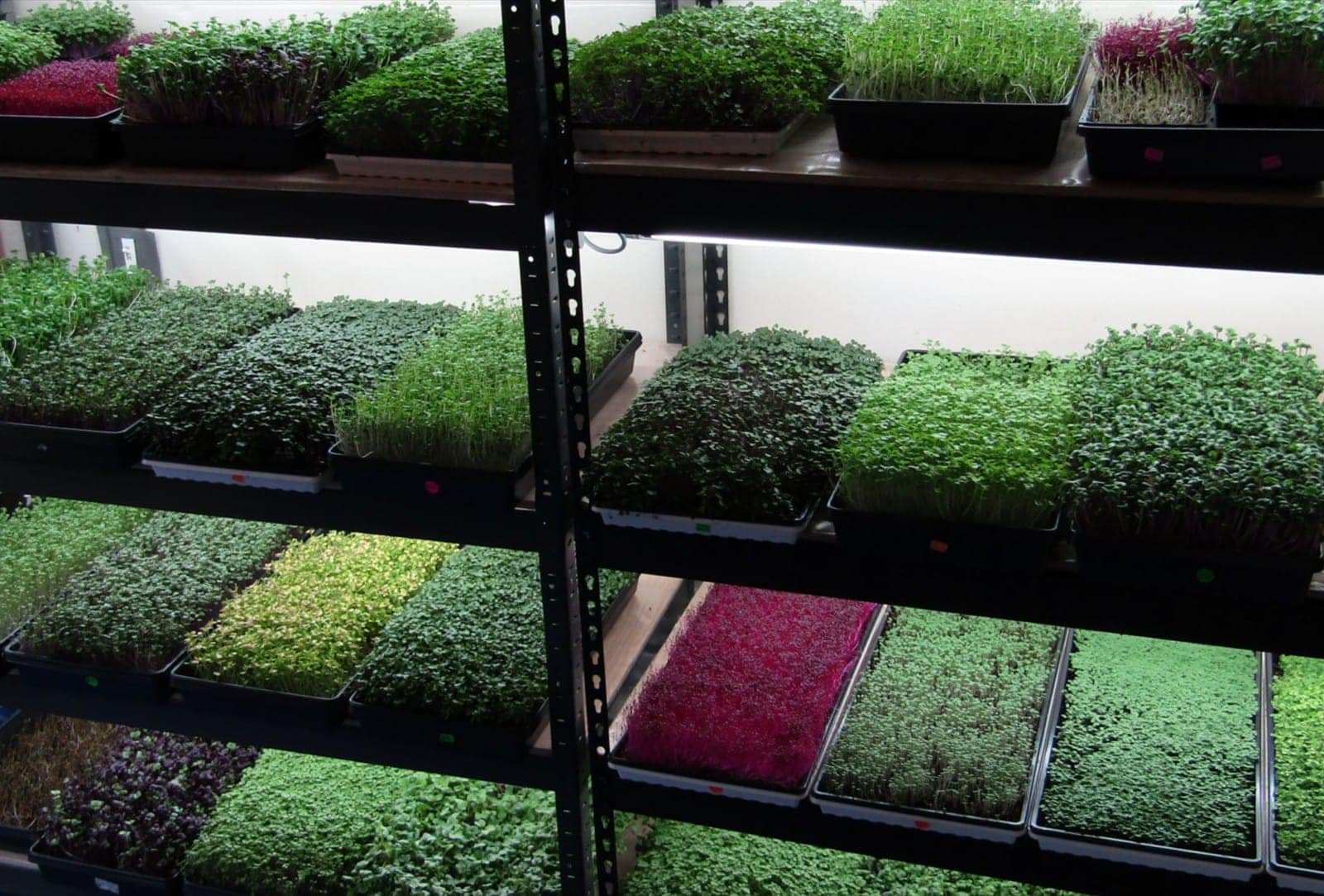 What is green on the inside, metal on the outside, and high-tech all over? A container full of microgreens.

A new agriculture program has begun at Upper Columbia Academy(UCA) in Spangle, Washington, United States.The era of farms atSeventh-day Adventist schools was thought to be long past, but in an era of new agriculture techniques,UCA is taking a step back into this growing field.

The school had to answer the question, how does one go about establishing a viable agriculture program in today’s market?

Academy leaders found their answers in visionary donors, altruistic alumni, and dedicated staff. Two donors who had long believed in the power and importance of students working in the soil each gave $100,000 toward the development of the program, intending for modern agriculture to be incorporated into the curriculum.

Alumnus Peter Vercio, who is part of a company that sets up farms and agriculture systems like that envisioned for UCA, stepped in to set up the operation. UCA staff will be operating the agriculture program and integrating it into the curriculum.

Vercio was headed toward law school when his life took a detour. After a stint working for a business in the oil field of North Dakota, and realizing he liked the idea of working in a business, he went to work for a solar panel company in California. However, he soon realized his work wasn’t making the difference he wanted it to.

At the same time, Vercio began to recognize the gift of health he had been given as he grew up in an Adventist family. He saw firsthand the effects of poor health as he interacted with colleagues who didn’t have the knowledge of healthy eating and living he had received. As his desire to make an impact with his time and talents converged with his emerging interest in healthy foods, he relocated to Colorado and started Sirona Life, a vertical farming business.

At UCA, Vercio will be combining his expertise in business, his desire to make an impact with his work, his passion for giving students an edge by providing healthier food options and taking an active role in the growing process, and his love for his alma mater to kick off a state-of-the-artagriculture program. Vercio plans to develop the greenhouse and incorporate multiple kinds of growing apparatus, including hydroponic gardening equipment.

He will also set up a container “farm,” which will mostly be used to grow microgreens — an up-and-coming food product. “There are huge amounts of money flowing into the agriculture technology field right now,” says Vercio. “We can give UCA students the tools for big job possibilities for the future.”

UCA staff member Ted McConnachie will move from the maintenance department to the role of farm manager in summer 2018 as he develops the program. He will be responsible for overseeing student labor as well as marketing the agriculture program's harvest. He is excited about the future. “This will be a fantastic place for kids to learn a completely new way of growing food,” he says.

In conjunction with Andrews University in Berrien Springs, Michigan, UCA will offer a related dual-credit class, “21st-Century Agriculture.” Additionally, all teachers will be encouraged to integrate the agriculture program into their curriculum.

Biology teacher Judy Castrejon is planning the integration possibilities in her classes, and chemistry teacher Charles Hartman says that he has a vision of having his students conduct soil analyzation experiments and discover what various soil treatments do to their original numbers.

The agriculture program is a significant reason that UCA is “a place to grow.”