Adventist Academy Gets $150,000 in Free Computers 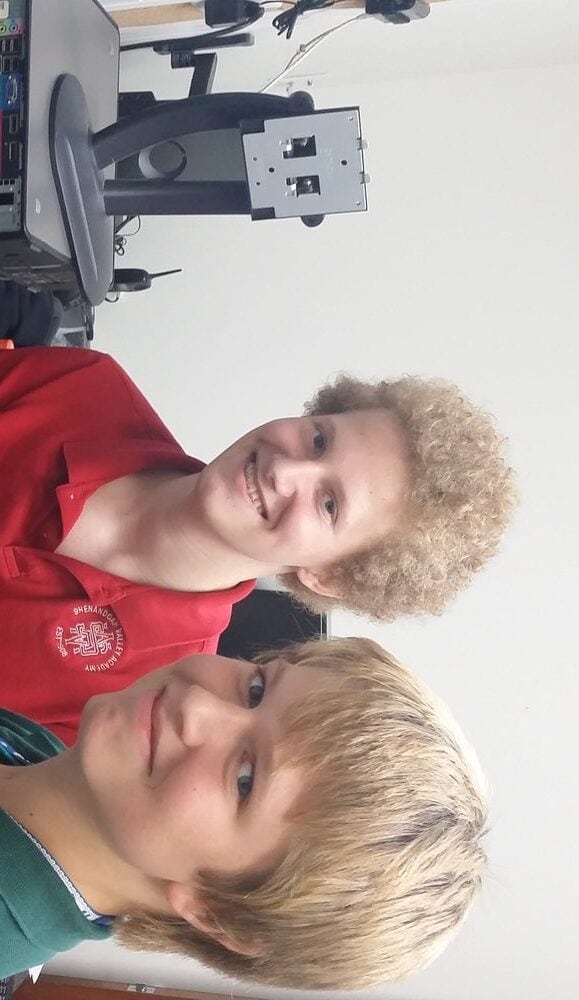 An Adventist academy in Virginia has received 300 computers worth $150,000 from the U.S. government in a donation that faculty say illustrates God’s impeccable timing as He worked largely unseen behind the scenes of the school’s everyday life.

Shenandoah Valley Academy, a boarding and day school of about 180 students in New Market, Virginia, found to its surprise that God put all the pieces together so it could collect second-hand computers just as they were offered by a government-operated veterans’ hospital, said Ron White, the school’s information support director.

White likened the experience to the biblical book of Esther, where God is not mentioned once but there is no doubt that He spared Israel from being destroyed by an enemy.

“God was certainly behind the scenes,” White said.

Shenandoah Valley Academy had wanted to upgrade its computers for some time, but the need took on a new urgency this year when Microsoft stopped supporting the 12-year-old Windows XP operating system installed on the school’s computers.

Meanwhile, the parent of one of the students contacted White to ask whether he might be interested in acquiring computers that a veterans’ hospital planned to replace. The parent worked at the hospital.

To receive the computers, the academy needed to apply at computersforlearning.gov, a U.S. government website that puts second-hand and surplus computers from federal government agencies in the hands of schools, libraries and other nonprofit organizations.

White filled in the paperwork — and waited.

After several months, he received a call on a Friday morning from a veterans’ hospital representative saying that the computers would be listed that afternoon. He anxiously checked the website throughout the day.

“Sabbath came and there was no sign of the computers being listed,” White said. “I awoke Sabbath morning pondering whether to check or not; not checking meant potentially missing them.”

The temptation to go online was strong, he said. The school desperately needed the computers, and the opportunity to receive them at no cost seemed like a heaven-sent blessing.

Ultimately, White said, he decided that God was in charge and he would wait with patient faith — an exercise that he found difficult to master.

“I waited impatiently for Sabbath to be over,” he said.

After sundown, he checked online and found that the computers still hadn’t been listed. Nothing was listed on Sunday either. A week passed before the computers finally appeared on the website, and White quickly asked for them all.

But the anxiety would continue for White. He noticed before leaving the website that someone else had also put in a request for the computers.

“Before me? After me? I didn’t know,” he said. “By lunchtime, five others had requested part or all of the distribution of computers and laptops.”

Several days later, the veterans’ hospital told him to bring a big truck. Four pallets of desktop and laptop computers awaited him.

White excitedly made the one-hour trip.

Shenandoah Valley Academy isn’t the only Adventist high school to praise God after acquiring second-hand equipment from a U.S. government website this year.

Several months ago, Blue Mountain Academy in Pennsylvania replaced all the worn-out furniture in its boys and girls dormitories for only $1,500, a fraction of the $128,000 that it had expected to pay to refurnish both dorms. The academy placed a bid of $3,000 at an auction on the website govdeals.com and won an entire dormitory of furniture from the University of Indiana. The old dorm furniture was sold for scrap for $1,500.

At Shenandoah Valley Academy, the donated computers included 240 desktops and 60 laptops, many of which needed hard drives and other components.

The school ordered the necessary hardware as well as a Windows 7 and Microsoft Office Enterprise-level subscription that included a savings of $50,000 to $75,000 in software costs.

But the blessing didn’t stop with the academy. There were so many machines donated that some went to nearby Shenandoah Valley Adventist Elementary.

“God is always moving, even though we might not necessarily see Him,” said White, the academy’s information support director. “There are workings that are going on that we don’t know about and we may never know about until heaven.”