ADRA Teams Up With Scheer Hospital in Nepal ADRA and the Adventist-operated Scheer Memorial Hospital announced Friday that they are joining forces to feed and provide healthcare to far-flung Nepalese villages devastated by last month’s earthquake.

Staff from the Adventist Development and Relief Agency packed 1,000 food kits at the hospital outside the capital, Kathmandu, on Thursday and Friday as they prepared to expand their relief efforts beyond the distribution of tents.

The food will be handed out to families in need in the Dhading district this weekend. Each kit contains rice, lentils, noodles, sugar, salt, and oil, enough to last a family of six for two weeks.

“My friend asked me if I could come to help, so I came,” said Sohil Parajuli, 18, a volunteer whose home was not affected by the earthquake, according to an e-mailed ADRA statement. “It’s better than just watching the news helplessly. At least this way I can do something.”

The hospital is providing a place to pack the kits in a dormitory as well as storage space.

A new four-minute video report from ADRA about the situation in Nepal.

The relationship between the hospital and the Adventist Development and Relief Agency will deepen as the two sides get ready to dispatch mobile medical camps to the Sindhupalchok district in two weeks.

Needs assessments teams have reported that 80 percent to 100 percent of the medical outposts in earthquake-affected areas were destroyed, ADRA said.

The mobile camps will travel from village to village, providing reproductive healthcare, including pre and postnatal care, as well as lab testing and psychosocial counseling.

“By coordinating our efforts in a collaborative manner, we can achieve far more together than if each of us worked individually,” Dale Mole, CEO of Scheer Memorial Hospital, said in the statement.

ADRA will also refer its beneficiaries with medical needs to the hospital for care.

ADRA has been at the forefront of relief efforts since the since the April 25 earthquake killed more than 7,500 people. It has distributed scores of tents to people who lost their homes.

A relief team from the Adventist Church in Nepal has also worked tirelessly for the past two weeks. On Friday, it installed two water-purification systems in the remote villages of Kaping and Thimpakahark, which like many parts of the country have been cut off from drinking water.

“We plan to install three more in the coming week at other locations where we have Adventist churches,” said Umesh Pokharel, president of the Nepal church.

The water-purification systems were provided by Daryl Oft of Living Waters International, an Adventist ministry affiliated with Adventist-laymen’s Services and Industries.

Pokharel has led the church relief team to villages across the country, focusing on Adventist members and their neighbors.

On Friday, his team also distributed 45 sacks of rice as well as noodles, cooking oil, and tents. 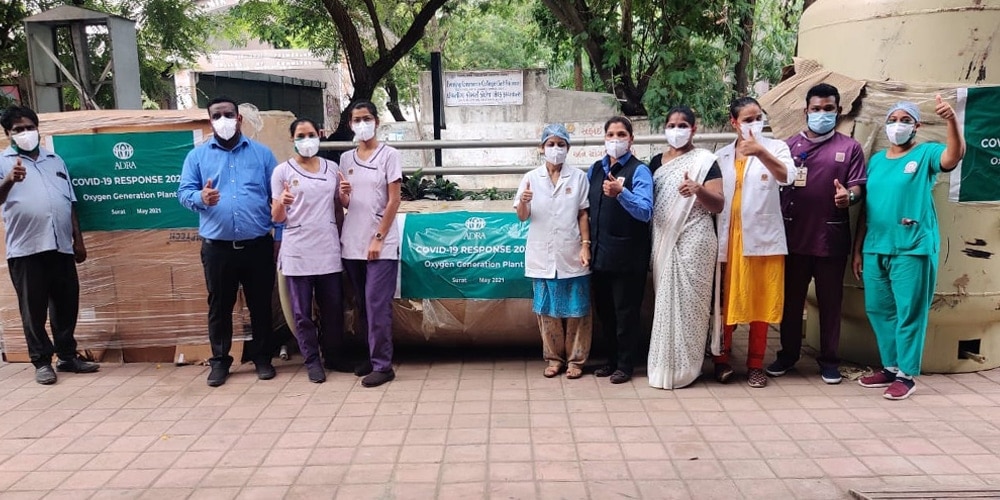