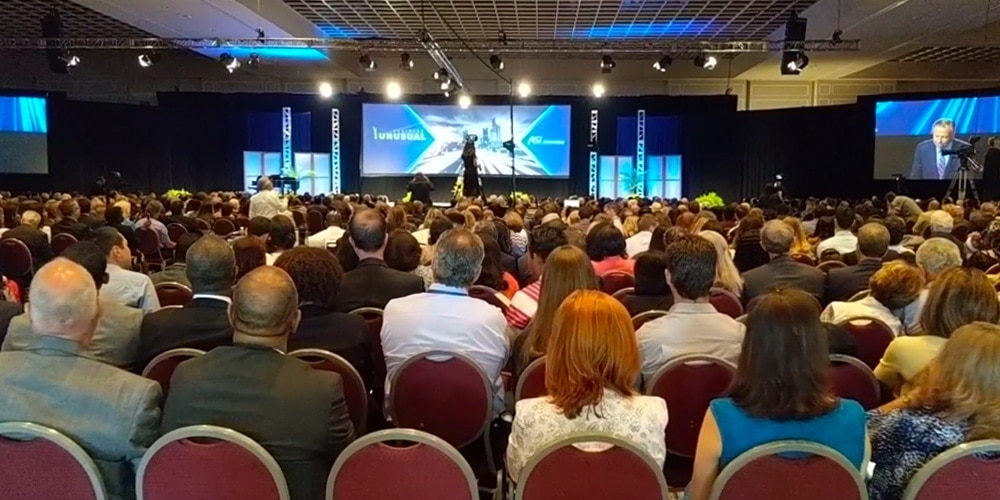 “There are times we forget the obvious,” said Mark Finley in his keynote address on the closing day of the 2018 Adventist Laymen’s Services and Industries (ASi) international convention in Orlando, Florida, United States, on August 4. It is the reason, the long-time evangelist said, we often need friendly reminders.

Drawing lessons from the Bible book of 2 Peter, Finley urged the 3,000 attendees and Orlando-area visitors not to get sidetracked but to refocus and recommit as the day of Jesus’ second coming approaches.

“We exist for one prime reason: to prepare a world for the return of our Lord — to reveal His love and grace … to a watching world and a waiting universe.”

The background to the writing of 2 Peter, Finley explained, is particularly important since, at the time, Peter was a prisoner in Rome, condemned to death. But, Finley said, even when he knew his end was near, “there was one thing in his mind…. The Christ he loved … was coming again in power and glory!”

The passage of time causes us to tend to forget, Finley reminded his listeners. And just like the recipients of Peter’s letter in the first century, Christians living in the twenty-first century may be forgetting about the certainty and nearness of Jesus’ coming.

“It is easy to forget,” said Finley, “to become complacent, apathetic, half-hearted, especially because of Jesus’ apparent delay.” Drawing on an athletics metaphor, he added, “Historically, the Adventist movement came into existence to sprint, not to run a marathon.” It is the reason, he explained, that as we wait for Jesus’ second coming, we may get discouraged before the end of the race.

But it shouldn’t be that way, said Finley. He added, “Life is not, as someone said, ‘the penalty we pay for the crime of being born.’ We are not wandering mindlessly. We have a destination!”

Finley explained that Peter based his conviction about Jesus’ return on “two immutable facts” — he had already witnessed Christ’s glory, and prophets had heralded the Second Coming for long ages. Even more, Jesus Himself affirmed the word of prophecy when He said, “I will come again” (John 14:3).

It is a message we should never forget, Finley said. “We exist for one prime reason: to prepare a world for the return of our Lord — to reveal His love and grace … to a watching world and a waiting universe.”

Despite all the assurances, Peter states in his epistle, “Scoffers will come in the last days.” Scoffers are people, said Finley, quoting the apostle, “walking after their own lusts.”

Dwelling on Peter’s description, Finley explained that “often we plateau in our Christian experience not because we need to discover some hidden truth but because there is some hidden sin or habit.” It is the reason, he said, that we need to surrender to God and by His grace become overcomers.

Toward the end of his message, Finley emphasized that Peter’s letter closes with an appeal for holiness, a call to radical discipleship. He quoted 2 Peter 3:11, 12: “Therefore … what manner of persons ought you to be in holy conduct and godliness, looking for and hastening the coming of the day of God?”

The question is, Finley said, whether “there will ever be a group of people in this world who love Jesus more than they love sin, whose hearts are more set on heaven than the things of this world, whose minds are fixed on eternity and who live totally dedicated, unselfish, godly lives of service.”