​A Day in the Life of a Nominating Committee Member The days began early for G. Alexander Bryant, president of Central States Conference in 2005, when he served as a member of the General Conference Session Nominating Committee in St. Louis, Missouri.

A decade later, Bryant—now secretary of the North American Division and a delegate at the 60th General Conference (GC) session in San Antonio, Texas—clearly recalls the experience.

Other than union presidents, most of whom are usually members of the committee, those who are asked to serve don’t know until the first day of session that they’ll be slated for the job. The prospect, Bryant said, can seem daunting.

“You don’t have a lot of time for preparation or thinking about it,” he said. “You find out instantly, immediately, you are a nominating committee member.”

“It’s a sacrifice for a person to serve on the GC session Nominating Committee as well as a service that you provide to the church, because you are not part of much of the rest of the session business that takes place,” Bryant said.

Gerry Karst, retired special assistant to the GC president, who has also served on a GC session Nominating Committee, agreed.

“It is a high privilege and a major responsibility, but it’s also a sacrifice,” Karst said. “The days begin early. The meetings last all day. Many times there are late-evening sessions. Those who serve on this committee are sequestered in their room for most of the session and miss out on all the other activities taking place on the main session meetings. They don’t have time to visit the exhibit hall. They don’t get to visit with a lot of their friends and colleagues. They need our prayers, and we need to recognize the important function they perform.”

The second morning of session, the nominating committee’s work begins. When Bryant served, the morning devotionals were video-conferenced into the meeting room “to save time,” he says. After electing a committee chair, vice chair, secretary, and associate secretary, the first order of business was to select the GC president.

“It’s a very open discussion,” Bryant said. “The name of the incumbent is first discussed, then other names are suggested. The discussion goes on for a bit until the chair eventually calls for a vote, which was at that time done by a hand count.”

Once the president is nominated, his name is brought to the entire assembly of delegates for a vote. Once elected, the president sits in with the nominating committee to discuss names put forth for GC secretary and treasurer. Discussion of names for other leadership positions follows. The committee secretary presents partial reports to the delegation for their approval or disapproval.

How Do You Choose?

Other than the president and other executive officers, the potential names presented for many of the some 100 positions filled during the next seven days—except for Sabbath, on which the committee doesn’t meet—are unfamiliar to numerous members of the committee, especially those outside of their division. This can be “overwhelming” to some, Bryant said.

“Sometimes we had curricula vitae for different individuals, but not all the divisions provided them,” Bryant said. “Often you base your decision solely on the information shared by the person who presents the name. It can be quite challenging.”

In spite of what might seem to be an unusual process, Bryant said there was little contention among the members; instead, the group united in their mission to allow the Holy Spirit to guide in choosing the church’s leaders, keeping in mind not only the need for highly qualified individuals but also for each world region to have fair representation.

“We prayed often,” Bryant said. “In the final analysis, you rely on God’s speaking through the committee members and leading the process.

“No one has knowledge of all of the names being presented by the divisions, and no one single division has enough votes to dictate the outcome of any nomination or position,” he added. “Some of it really came down to representation. If some part of the world wasn’t represented in the election process, then the committee was sensitive to that and would take that into consideration as they deliberated on names. So you’re juggling a lot of moving pieces.”

To read more about how the election process works, see “How Adventist Leaders Will Be Selected at GC Session.”

One thing that impressed Bryant was how quickly people were required to make a decision about whether to accept a position, which often involved an entire family moving to another country and becoming immersed in an unfamiliar culture.

“It’s a very fast-moving train; there’s not a lot of time to think about it,” Bryant said. “You have to be ready to say yes or no very quickly. You would think with that quick of a process many people would turn it down, but they don’t. They are very committed to the church, and they believe that God is working through the process.

Even though it can be very difficult for a person and their family to adjust to not being reelected, Byrant said there was little discussion about that aspect of the process.

“The way the church looks at it, the person was elected to serve for a certain time period, and there’s no promise of serving longer than one term. There’s no inherent right to continue,” he said. “Everyone understands and lives with that reality.”

No texting and phone calls are allowed in the meeting room while the committee is in session, to ensure that others don’t learn election information ahead of time. But still, Bryant said, some found a way to get the word out.

“There were people outside the committee who already knew the recommendations for some of the positions. That was very unfortunate,” he said. “The need for confidentiality is strongly emphasized.”

Bryant said the experience of serving on the nominating committee is a rewarding one, an opportunity to see the “Holy Spirit, in His infinite wisdom, use the process to His glory.”

“It gave me confidence that God is working in the process through the validation of the people who were elected and the manner in which they have since served the church and the Lord,” he said.

Bryant said church members should feel a strong confidence in the nominating process and that the Lord is in charge.

“As time goes on you see the Lord’s leading even more clearly,” he said. “As I came out of the 2005 nominating committee experience and saw people serving in their respective positions, I became more convinced that the people we elected were those God wanted to lead His church in those particular areas. It was their expertise, their spirituality, and the commitment and dedication that they give to the job that convinced me.

“It was God who placed those people where they are.” 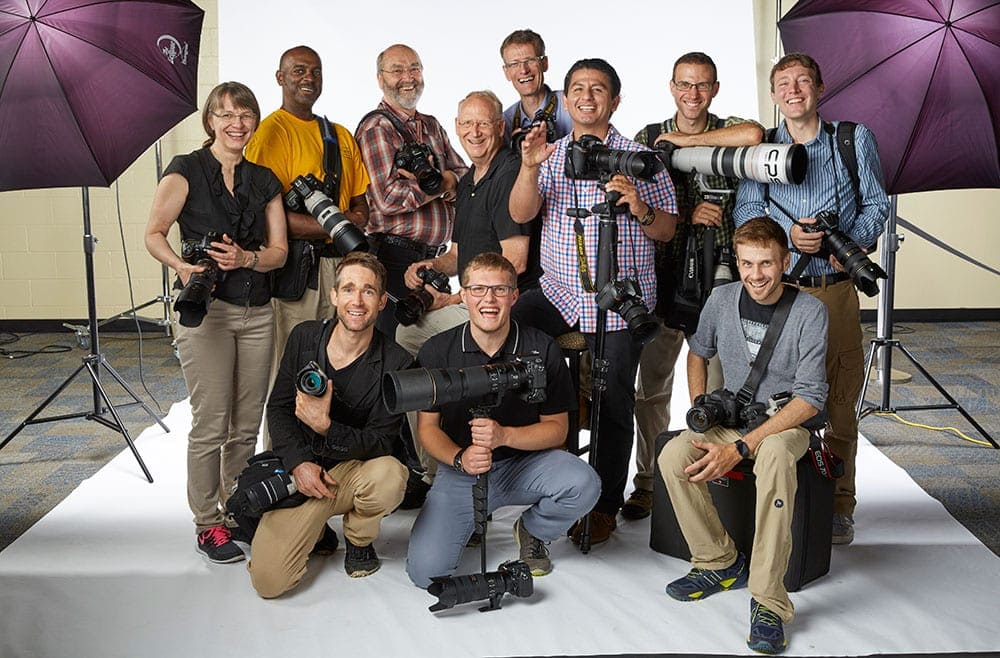 When you get great service, you say “thanks”—and we are chorusing our grateful thanks to the talented team of photographers who are bringing us amazing images of the 2015 General Conference Session. Up early, on assignments all day, to bed late—they do it all with good humor and great style. —Editors

Watch for their photo credits throughout the GC session bulletins.

For Bulletin 2, the following are their photo credits: