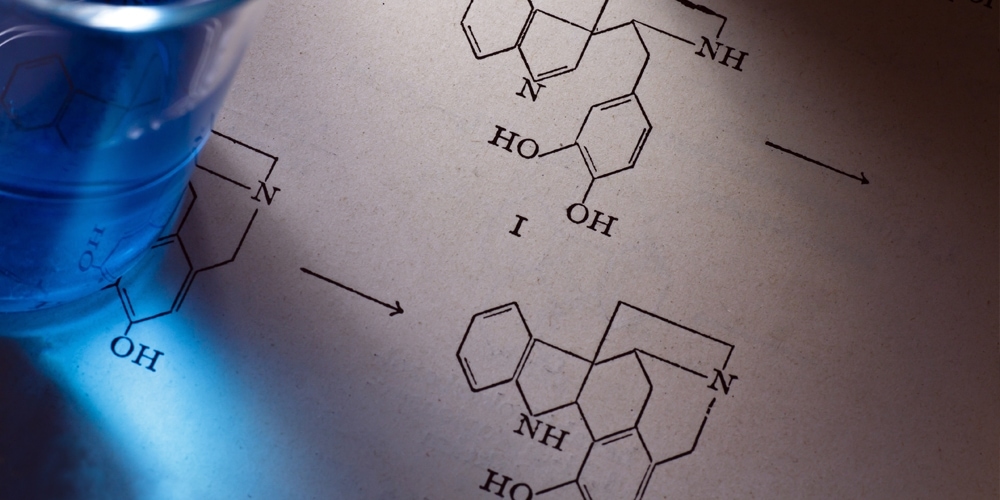 How can I be a chemical missionary? What can the chemicals that make up this world and universe tell us about the Creator?

These are some of the questions Andrews University (AU) Chemistry Professor Ryan Hayes asks himself time and again when reflecting on the intersections of his beliefs and the field of science he loves.

Hayes, an AU alumnus who returned to his alma mater to teach after a decade of further studies and work in the chemical industry, offered a hands-on one-size-fits-all seminar, during the 2017 Adventist Laymen’s Services and Industries (ASi) Convention in Houston, Texas, United States, on August 4. In it, he explored some of the unanswered questions for naturalists and shared a work-in-process initiative that he hopes will provide novel resources for integrating faith into Chemistry learning.

Hayes notes that most scholarly discussions about origins have traditionally focused on either Physics—the depth of time—, or Biology—the complexity of life—, but not on Chemistry, which he called “the missing link.” “But how is this world put together?” he asks. “How did God make this world?”

In that regard, said Hayes, it is relevant to ask whether Chemistry can be a doorway or a barrier. “There are in fact a lot of barriers for life happening spontaneously,” he says. “It is the reason the scientific community is spending a lot of money on Chemical Origins of Life Initiatives—Chemistry is the current battleground in origin studies.”

Hayes believes, however, that without a Creator, there are too many knowledge gaps. For instance, “the invisible chemical makeup of our planet is a finely tuned mixture of molecules that supports life,” he says, before asking, “How did this happen?”

Hayes believes that we need “a renewed study of the overlooked components that make up our world in light of Scripture.” “Science can enhance our relationship with God,” he notes as he quotes Jeremiah 29:13, where God says, “And you will seek Me and find Me, when you search for Me with all your heart.”

Now Hayes is willing “to put money where his mouth is.” In partnership with the communication ministry Hart Research Institute, and artist Nathan Greene, he is working on seven sets of educational materials based on the seven days of the Creation story. Greene will contribute with one specific painting for each day of Creation—he is currently working on his 5th-day painting—while Hayes will provide content for study and discussion.

“Each set will include a video, targeting a key element of that specific Creation day,” says Hayes. “The idea is to throw out important arguments to make people think.” It is expected that when available—most likely by late 2018—these materials may be widely used in Adventist schools, churches, and homes.

“Our goal is to offer visually compelling artwork, as well as age appropriate educational materials,” says Hayes. “Instead of destroying our relationship with God, [we believe] science can greatly enhance it!”

While Hayes believes that every day of the Creation story has an impressive potential for discussion and reflection on God as the Designer, his presentation is mostly devoted to one of them.

“Take the second day, for instance,” he says. “You can discuss not only the impressive design of the atmosphere but also the magnetic and the electric fields.”

Hayes notes that the atmosphere is so finely tuned that one cannot but wonder whether there is evidence of chemical design in the amount of air on the Earth.

“Much of the greenhouse effect we are experiencing results from carbon dioxide, which has gone up from 0.035 to 0.040,” he says. “That small change is producing grave alterations. And the same applies to the weight of the atmosphere, which is exactly—no more, no less—the one needed to support life on the planet.”

After simple but alluring experiments to demonstrate some of the properties of air, Hayes reminds people attending his seminar that atmosphere is a great shield, as it protects Earth from asteroid impacts.

“And it is just with the right pressure,” he says, explaining that more air pressure would increase the boiling point, making it harder for evaporation to take place and affecting the water cycle. Less pressure, on the other hand, would overheat the planet, since water vapor is a greenhouse gas.

“Water is the single most important ingredient for life,” says Hayes. “But the amount of air controls the water cycle.”

As the seminar concludes, and in case people listening to his presentation still entertain doubts, Hayes reiterates his main point.

“The creation story from a chemical perspective makes perfect sense, and the Bible’s Creation story is scientifically sound,” he says. “God’s signature is His creation.”