A Breathing Space and a Support Place 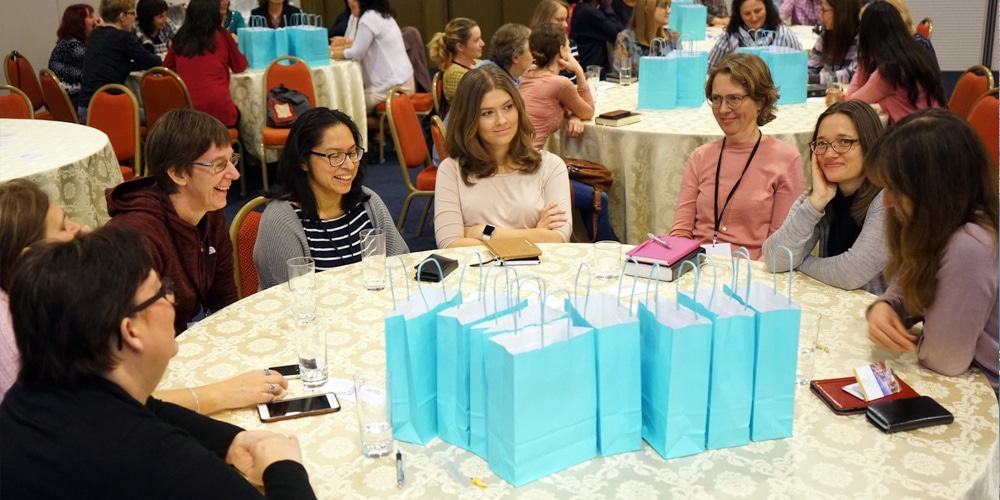 Inspiring preaching, insightful workshops, helpful networking — but most of all — time! For female pastors, Bible workers, and administrators from across the Trans-European Division (TED), the opportunity to meet, relax, and share at the Women in Ministry retreat was, for them, a godsend.

“It was a timely retreat, full of fellowship, a refill of energy and optimism, with speakers that shared positive, uplifting messages, but also the challenges of being a female in church ministry,” said Marianne Dyrud, executive secretary and youth director for the Danish Union Conference. Following the weekend of meetings from November 15 to 18, in the relaxed seaside atmosphere in Bečići, Montenegro, she said she appreciated the “space” given for women in ministry to pull aside from busy and often stress-filled lives, to “have a breathing space as a place to rejuvenate, get energized, and where we could minister and support each other in the ups and downs of ministry.”

This was precisely the intention of the weekend, according to TED ministerial director Patrick Johnson. He was one of only five men to participate in the conference alongside 110 women, who traveled from countries including Iceland, Norway, and Finland in the far north, the British Isles and the Netherlands in the west, and Poland, Hungary, the Balkans, Greece, and Cyprus farther south and east.

An Outpouring of Emotion and Love

Throughout the weekend, a myriad languages and cultures blended as the women found others who faced similar challenges and solutions and who, often spontaneously, could lift each other in prayer.

“New friendship connections have been made that, if nurtured, will continue throughout their lives,” Johnson said, noting how beneficial it was for the women to share experiences, both pleasurable and painful, as a much-needed healing activity. He is planning an online forum that can provide them with additional support.

“We had a fairly flexible program which we could adapt according to need,” Johnson said. That was essential as, after a positive Saturday (Sabbath) morning of testimony under the theme, “God Is So Good,” one pastor shared the challenge of broken ministry with her ministerial husband as they experienced loss together. Rather than the usual end to Sabbath morning worship, this led to groups sharing and praying together in an outpouring of emotion and love.

It was something continued during the afternoon as women met informally or headed out to enjoy nature, either along the seafront or, for some, a climb up the mountain toward an olive grove and a 2,000-year-old tree, an expedition led by family ministries director Karen Holford.

“One thing that struck me as being particularly helpful was the gift of time to be together as women in ministry, without lots of distractions and things to do,” Holford said. “The more time we were together, the deeper the conversations became, as the women shared their joys and their struggles, their questions, and their dreams.”

Women in leadership, particularly pastors, often work alone, so a retreat where they can be together with other women who share similar experiences, thoughts, and emotions proved highly beneficial. As one participant commented, “We feel more supported, better understood, our challenges are shared, and we can pray together.”

The preaching was also intentional. Marjukka Ostrovljanović cares for a ministerial district in Bavaria, Germany. She is from Finland, and her husband Mike, also a pastor, is from Serbia and ministers in the district next door. With this multicultural background and a deep love for the Hebrew Scriptures, she was well qualified to dig into Old Testament themes. Reflecting that “God is so good,” she shared the story of Job and his recognition of God’s presence even when He seemed far away.

Ostrovljanović reminded women that even when they think they may have labored in vain, their cause is in the Lord’s hand because He is the One who calls.

“I loved the way she got such insights into well-known Bible stories, taking you with her,” said Clair Sanches-Schutte, TED women and children’s ministries director. “It was such a blessing.”

The personalized, narrative preaching style of the female pastors seemed to carry the weekend. TED executive secretary Audrey Andersson used drone footage to highlight that God’s view is higher than our view and that He brings promise and hope even in a story such as that of Hagar.

Lolly Fontaine, associate pastor of Stanborough Park church in the UK related, animatedly and with great humor, her own experiences to that of Moses and his face-to-face encounter with God. Moses could be considered a failure when, after all his leadership and teaching, Aaron builds the golden calf in his absence.

Sometimes in ministry, our hopes and dreams come crashing down, and we may even doubt our calling, Fontaine noted. Moses was very human, and his emotions come through in the story — disappointment, sorrow, apathy, even rage. But in those moments of disappointment you also find his solution. Entering the tabernacle tent, he talks with God as to a friend (Exodus 33:11).

“Run into the tent,” Fontaine challenged. “It is our only option.”

Holford said the event left a deep impression on her and her colleagues. “We created a very safe space to talk together. Nothing was out of bounds,” she explained. “We were able to be courageous and vulnerable together and cry and pray together. I am leaving so refreshed, inspired, and encouraged.”

TED president Raafat Kamal, who attended the retreat as an observer to show support, seconded those thoughts. “I was personally touched by the authenticity and openness of expressions during worship, discussions, and personal exchanges,” he said. “There was a high octane of positive energy that I rarely witness at other meetings that I attend,” he added. “We praise God for the service and witness of our women within the TED. They are precious in God’s eyes and in their ministry for Him.”