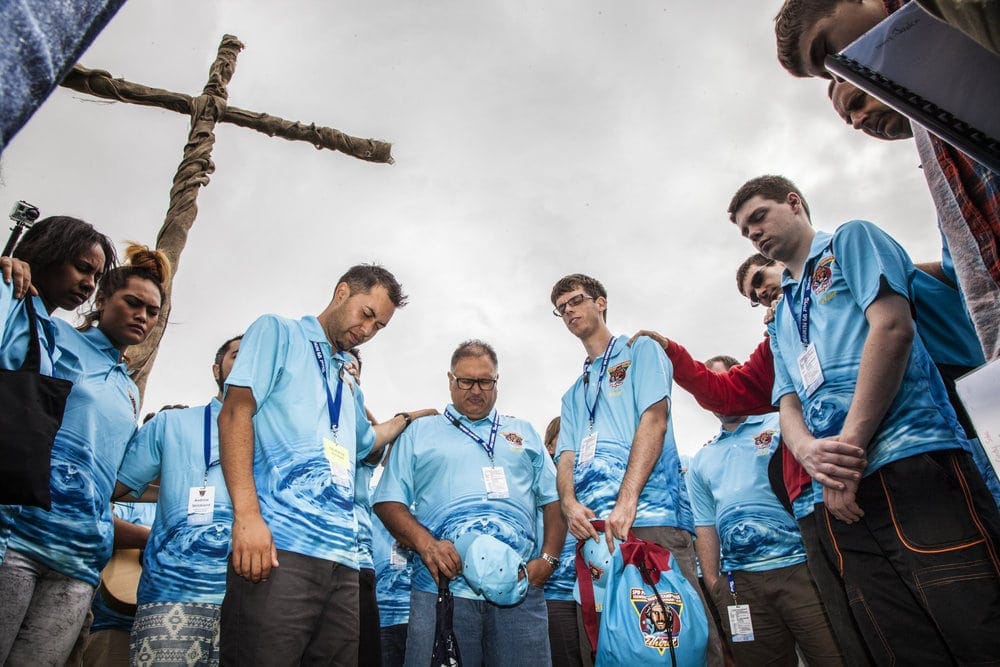 More than 8,000 Pathfinders and leaders from across the South Pacific descended Tuesday on the largest Pathfinder camporee ever held on Australian soil.

The camporee, which opened Tuesday and runs through Jan. 11, is taking place on the Toowoomba Showgrounds in Toowoomba, Queensland.

Nearly 500 staff were on the 160-hectare (395-acre) site in the days before the opening, rehearsing music and drama and setting up tents, activity areas and the main stage.

“There's a buzz in the air,” Nick Kross, director of Adventist Youth for the South Pacific Division, said on the eve of the opening. “The weather is an answer to prayer as each day we see the sunny side of Toowoomba.”

Kross was not alone in his preoccupation with the weather. In 2011, an Australia-wide camporee held at the same site was swamped in almost constant rain and mud, during Toowoomba’s infamous “inland tsunami.”

“The kids loved it!” said Nick Kross. But “it drove the adults mad.” 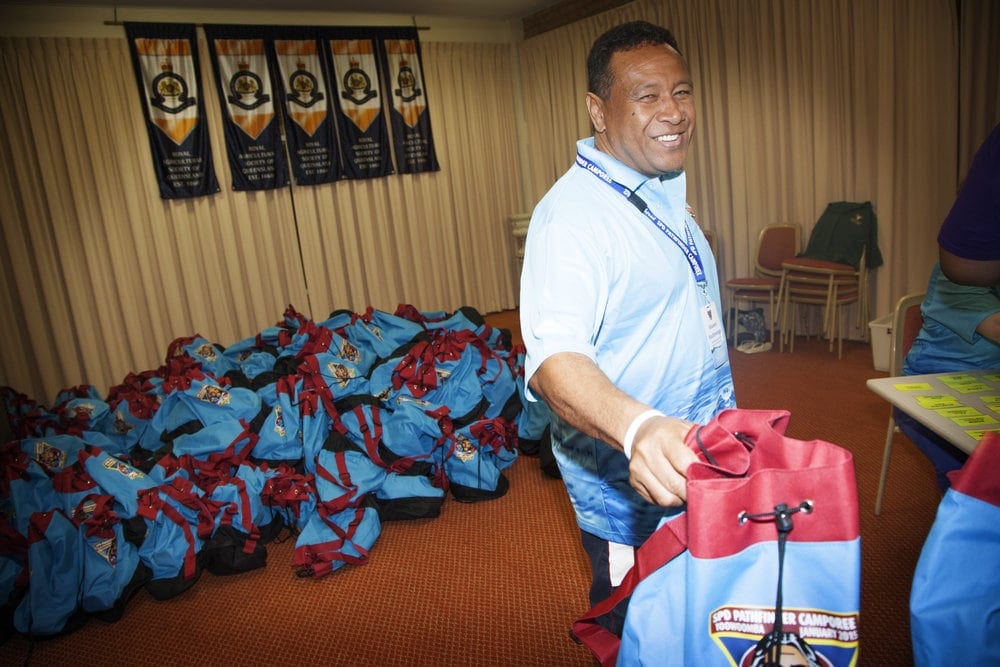 Gratitude for good weather was only one item on the answered prayer list. Staff members swapped stories of divine intervention with cantankerous forklifts that suddenly start up, tractors that miraculously make it over boggy tracks to distant corners of the site and phone calls that ”just happen” to reach the boss of a tent-peg supplier on New Year’s Eve. Kross’s view? “To me, that’s a God thing,” he said.

The logistics involved in organizing a division-wide camporee of this scale were intimidating. The thousands of Pathfinders flying in from the Pacific islands filled up all available flights from some countries for up to a week, meaning that early arriving clubs need pre-camporee accommodation.

The associate director for Adventist Youth, Litiana Turner, oversaw a swelling crowd of island arrivals in Caboolture, Queensland, for the past nine days—a group that numbered 4,000 by Monday.

“There are kids everywhere, and they keep on coming,” she said. “It’s electric—full of color and enthusiasm—lots of laughter and love.”

The determination of organizers to keep key details of the event under wraps held firm until the last few days, when over-enthusiastic staff members posted photos of the main stage on social media. The stage is 28 meters (91 feet) wide and nearly 14 meters (45 feet) high. 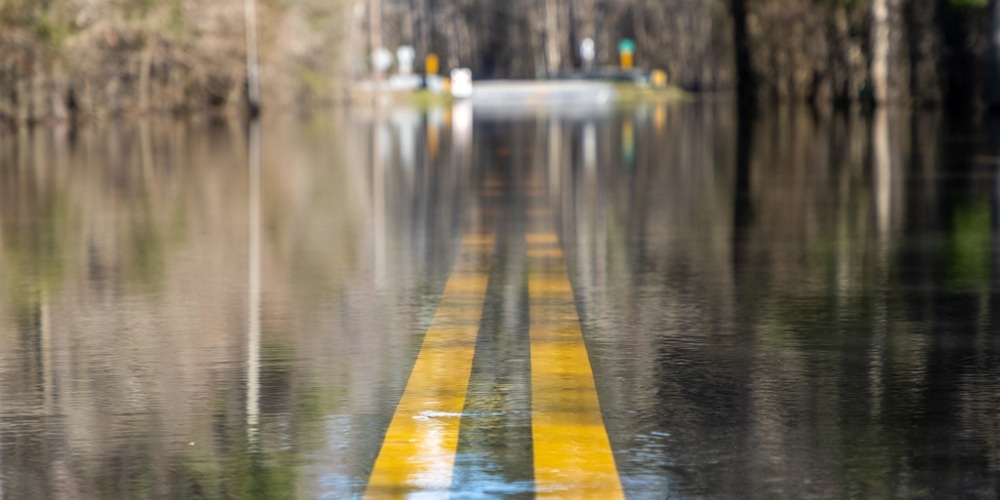 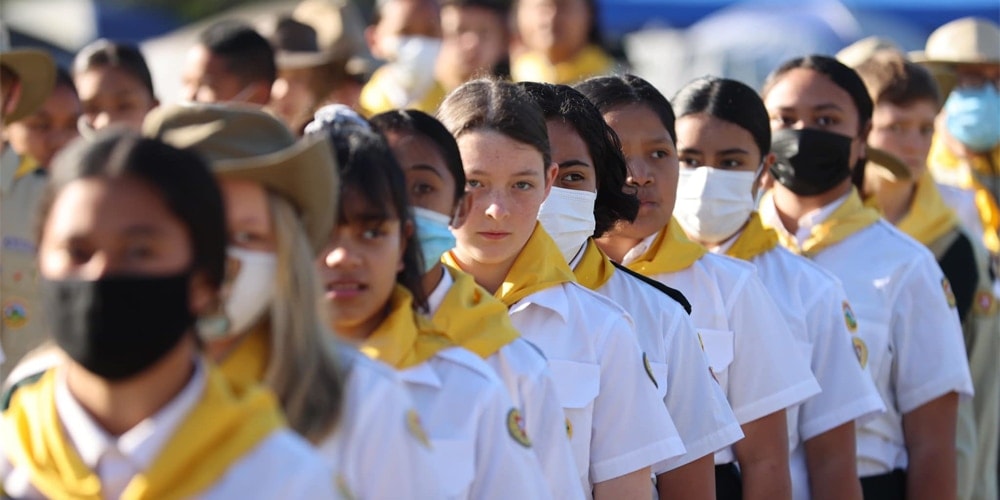 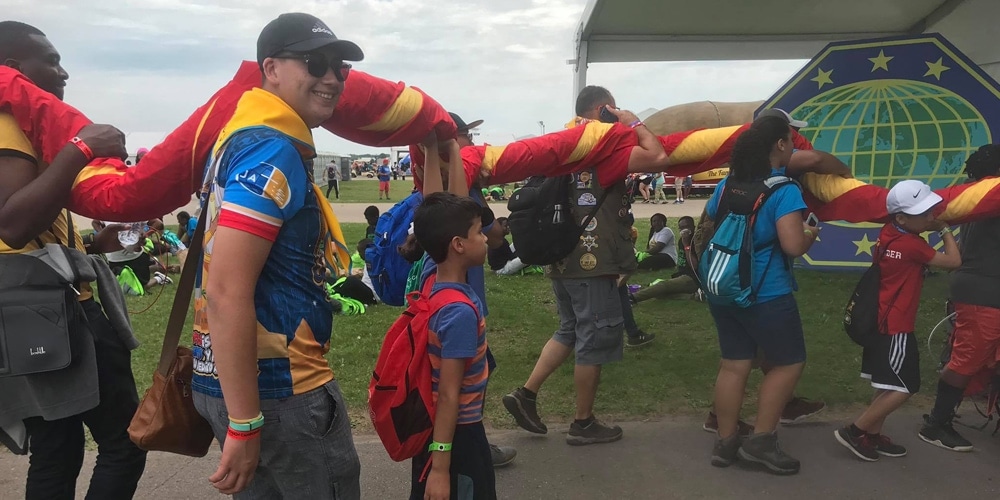