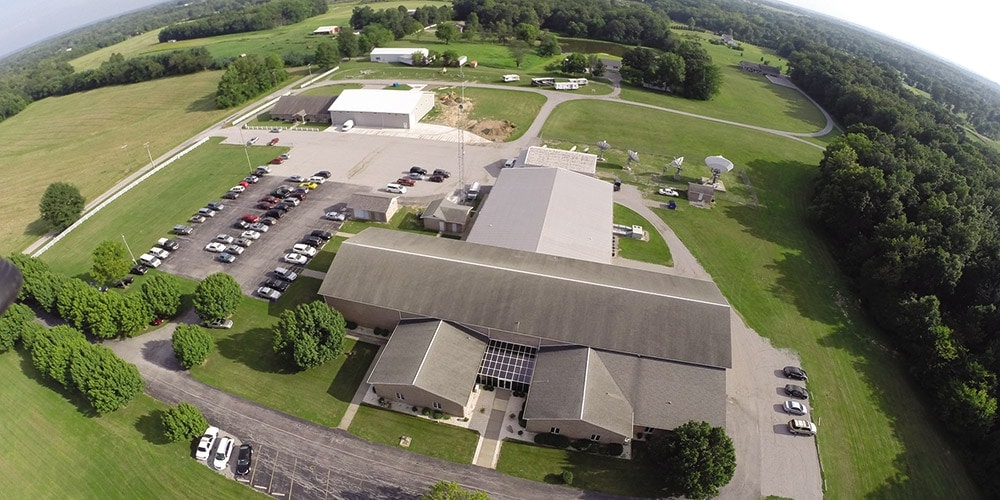 As he prayed, he felt impressed that he was to build a television station—one that would counteract the counterfeit and reach the world with the messages of the three angels of Revelation 14 that Jesus is coming soon.

“I was the last person in the world qualified to build a station,” Shelton said. “I had no education in communication, no money, and no friends of influence. But I told the Lord I would partner with Him and go forward if He would provide every need.”

Shelton said God miraculously came through, and the Three Angels Broadcasting Network, or 3ABN, a nonprofit supportive ministry of the Seventh-day Adventist Church, celebrates its thirtieth birthday on November 15. From humble beginnings in 1984, 3ABN has grown to broadcast 24 hours daily through a television and radio satellite network that circles the globe.

But it had no ordinary beginning.

In the weeks after Shelton pledged to partner with God, a charismatic pastor committed $100,000 worth of camera equipment to the project. A Baptist engineer shared his research indicating an area nearby might be free of microwave interference, allowing for a satellite uplink installation. An elderly woman from the First Christian Church donated two acres located in the exact spot to which the engineer had referred, and that later proved to be the only land in the area free of microwave signals. From that location a signal could be sent to any satellite in space.

Mysteriously, a three-phase power line capable of providing the electricity necessary to operate a television station had been stretched all the way to that area, where only a few farmhouses lined a dirt road. The electric company could not explain why it had made the costly installation decades earlier.

Word about the new television station spread, and small donations trickled in. Believing God expected him to use the funds as He provided them, Shelton rented equipment to grade a road through the field to the building site, affording only five gallons of fuel at a time.

The first major test of faith came with an empty bank account and an order for road gravel on the condition of $6,000 cash on delivery, Shelton said. Two unsolicited donations matching the exact amount arrived on the day of delivery.

Next, with a bank balance of $200, Shelton teamed up with his three brothers to build a television production center. As the bank account emptied, a retired couple from Tennessee donated $50,000 to complete the shell of the administrative building by mortgaging their home. Six months later the couple had made enough money to pay off that mortgage.

Then, with only a $10,000 deposit and no letter of credit, Shelton ordered the $350,000 transmitter system and satellite dish. He said God provided funding in time to make each of the four payments due before the equipment installation date.

When 3ABN began broadcasting, Shelton vowed not only to create original programming but also to showcase and raise funds for other Adventist ministries. Throughout its history 3ABN has cooperated widely with the Adventist Church, broadcasting many major evangelistic series and General Conference events.

“Thirty years of miracles fan the flames of faith,” said Jim Gilley, 3ABN’s president since 2007. “We continue to follow God’s directive to reach the world with the undiluted three angels’ messages.”

The miracles have continued over the years, Shelton said. The 3ABN Radio network opened in 1999, followed by the 3ABN Latino network in 2003, and the 3ABN Dare to Dream urban network in 2011, among others. Today 3ABN has production centers operating in the United States, Russia, and Australia.

Through the years thousands of letters and phone calls have flooded the network, telling stories of people who have become baptized members of the church or returned to the church after lengthy absences.

“God has made this ministry successful in spite of us,” Shelton said. “The real story of miracles is all the changed lives of our viewers. To God be the glory!”

Journeys with Jesus
Can I Trust Him?
I can't seem to compartmentalize another's pain, stuffing it into the tidy box of "God allowed this."
Magazine Article
Podcasting
AR Media’s audio division.