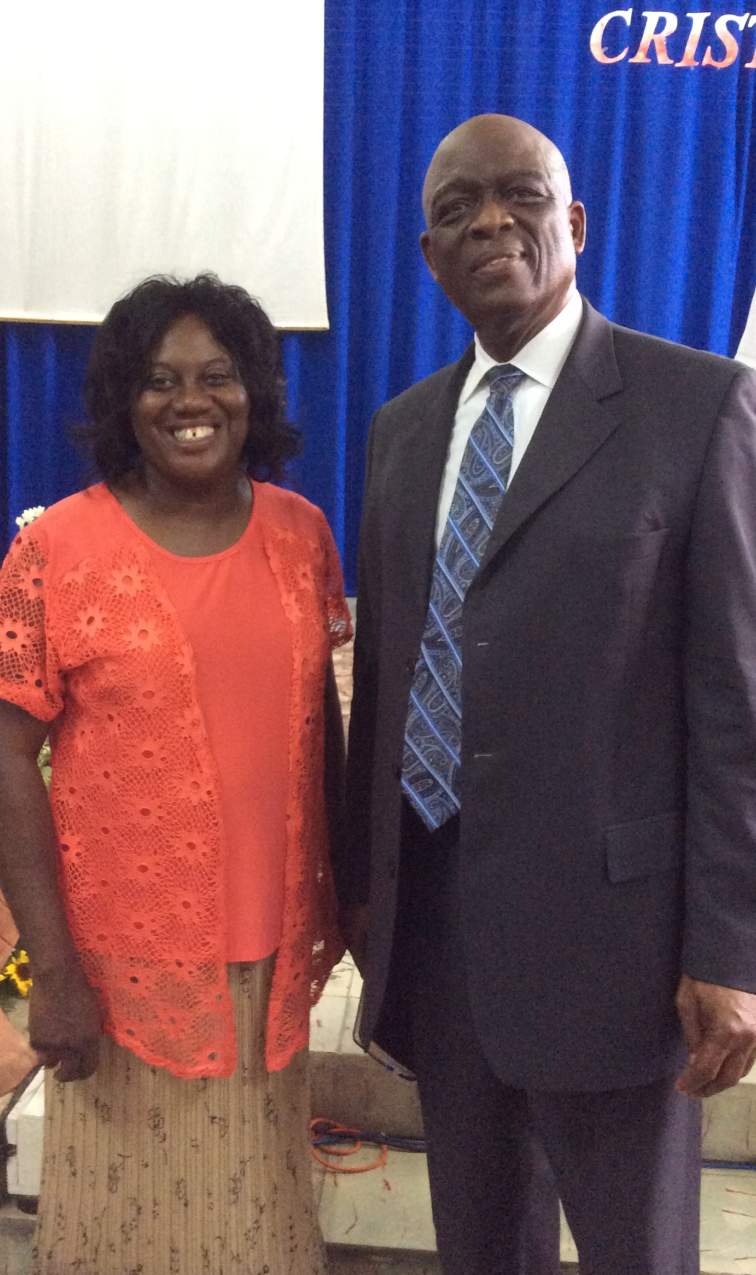 Two female pastors, both passionately committed to leading others to Jesus, are helping the Seventh-day Adventist Church expand in eastern Cuba.

Gilma Carbonell, 44, leads the largest Adventist church in Cuba, the Guantanamo Central Adventist Church in the city of Guantanamo. She ministers to more than 1,000 church members, who pack the inside and outside of the church every Sabbath.

Carbonell has served as a pastor in the church’s Guantanamo region for nearly five years and oversees four districts, two ordained ministers, two ministers and one Bible worker. During her time at the Central Church, four churches and two companies have been organized.

Carbonell has been instrumental in expanding the church in eastern Cuba, said Israel Leito, president of the Adventist Church’s Inter-American Division, which includes Cuba. Leito traveled to the island this month to officiate the change of status of the Alto Oriente Mission to the Alto Oriente Conference.

Leito praised Carbonell and the work of other local ministers and church members who have helped expand the conference’s membership to 7,078 believers.

“Carbonell’s skills and leadership abilities have uniquely qualified her for such an important position in the entire Cuban Union,” Leito said.

Carbonell and other female pastors in the Inter-American Division are not ordained, in line with Adventist world church policy, Leito said. Nevertheless, the division does not view the lack of ordination as a limitation to service, and it has many male pastors who also lead churches although they are not ordained.

‘I Love to Teach Christ’

“I love to teach Christ as the center of doctrines, teach Bible prophecy, and prepare leaders,” said Carbonell, who holds a degree in Marxist philosophy and education and taught in a government university before being baptized into the Adventist Church in 1995.

She linked the growth of the church in her district to its focus on education, doctrinal teachings, training in the functions of church departments, and church planting.

After Carbonell joined the church and served as a church elder, she felt the call to the ministry and attended the Adventist seminary in Havana. Soon after, she served as the pastor of the Caribe Adventist Church in Guantanamo and later moved to the Central Church.

“There are so many different needs throughout the different congregations I oversee, but we try to focus our members on the concept of mission and how we are a movement, and continue teaching about Christ to members and visitors who come every week,” Carbonell said.

Church administrators on the island spoke warmly of Carbonell’s impact on the region.

“Ever since Sister Gilma arrived in Guantanamo, the church has lived a revival,” said Eduardo Rodríguez, treasurer of the Alto Oriente Conference. “Her work as a servant of God has been tremendous here and the results speak for themselves.”

Carbonell dreams of studying for a doctoral degree and of doing more to train younger ministers. Leito said the Inter-American Division is considering helping her to achieve that dream.

Meanwhile, Argelia Linares, 78, has been living out her own dream for most of her life, working as a Bible worker. Her pastoral leadership has brought scores of people into the church. She played a crucial role in reaching a town called Caimanera that no other Seventh-day Adventist has been able to enter.

For the past 10 years Linares has ministered to a small Adventist congregation in Caimanera, Cuba’s closest town to the U.S. Guantanamo Bay naval base.

“For years she was given a special pass that allowed her to enter the town periodically to minister to the church there,” said Leito, who spoke briefly to Linares about her work in Caimanera during a five-day tour of east Cuba.

Linares, known affectionately to residents as Sister Jeje, eventually was informed that she no longer needed to secure a pass and could visit and serve as a pastor to the congregation, Leito said.

Linares, the longest-serving Adventist worker in Cuba, told Leito that sharing the gospel was her passion. She studied at the former Antillian Adventist College when it was based in Santa Clara, Cuba, in the 1950s.

“We are thankful for Bible workers like Linares who commit their entire lives to preaching the gospel,” Leito said.

Linares’ faithful ministry has been instrumental in keeping the congregation in Caimanera alive and growing, he said.

The congregation used to number in the dozens but has shrunk to 10 members because of migration out of the area, local church leaders said.

Throughout Cuba, however, the Adventist Church has expanded in recent years, noted Leito, who has visited the country dozens of times as division president.

The Seventh-day Adventist Church in the Cuba Union has more than 32,000 members worshiping in 458 churches and congregations. The church oversees the work of four conferences across the island.

“The church in Cuba is very strong,” Leito said. “The government allows the church to function with more freedom than in the past, and we are thankful for that. God continues to bless the church, our dedicated leaders, and our active church members who give their all to fulfill the mission of the church.”

Dayami Rodríguez contributed to this report

Voices
January-born Reflections
A combination of contributions designed for intellectual satisfaction.
Magazine Article
The End (of the Reformation) Is Coming
Luther started something we still talk about today. Why?