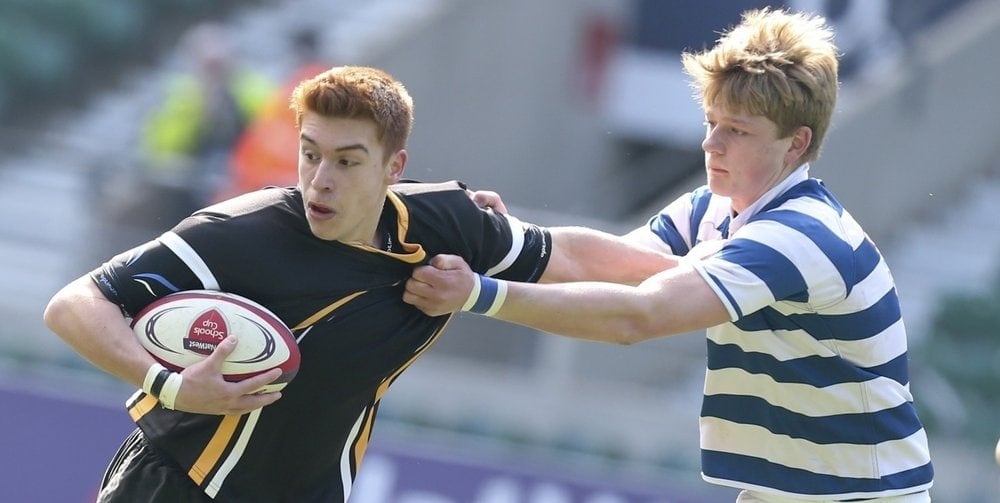 A 15-year-old British rugby player who won the hearts of Adventist Review readers with his determination not to play matches on Sabbath has been baptized.

“Meeting with the family, I was told that the encouragement from his story going worldwide and the comments made in Adventist Review were among the things that brought him toward his final decision,” said Victor Hulbert, communication director for the British Union Conference, who preached at Munoz’s baptism.

The Adventist Review published an online article on March 13 titled “15-Year-Old Rugby Player Stands for Sabbath — And Wins” about how Munoz was risking his sports dreams by taking a stand for the Sabbath.

Rugby and Sabbath worship can come into conflict with each other because matches are often scheduled for Saturdays. Raising the stakes, Munoz’s team at the Queen Elizabeth Grammar School reached the national school finals at London's 82,000-seat Twickenham Stadium in March. The finals are usually held on Saturdays.

Munoz’s father and the school coach reached a deal under which the boy would focus on midweek games only and could thus remain on the team. But Munoz’s participation in the finals remained in doubt.

Then the surprises began to happen. The big match was unexpectedly moved from Sabbath to a Monday because of a scheduling conflict with the Six Nations Championships, the major rugby union tournament, and Eddisson was able to play.

Hundreds of Adventist Review readers wrote messages of support to Munoz on the journal’s website and associated Facebook pages before the big match.

“Stand for Christ and dream of eternity with Him in heaven, brother,” wrote Peter Laibobo, a reader from Papua New Guinea. “Rugby will be here and gone tomorrow. A sacrifice for eternity is worth everything.”

“A modern Daniel indeed. I hope that many of our young Seventh-day Adventists will read this story and be inspired, encouraged, and be more determined to stand for God in other areas of their lives,” said Lyndell Samuels of Jamaica. “I will definitely share this story with my members in the Seventh-day Adventist church in Smithfield, Westmoreland, Jamaica.”

Several people expressed astonishment that Munoz was determined to observe the Sabbath even though he was not yet baptized, and one reader wrote simply, “God give me the strength to be like Eddisson.”

“What a powerful testimony for such a young boy,” another reader wrote. “God is still showing us that He comes through for His children. All we have to do is be faithful!”

Munoz’s team went on to take first place in the finals on March 23, claiming the Natwest Schools Cup for under-15s for the first time.

The unexpected events led Munoz to think even more deeply about his relationship with Christ, ultimately resulting in his decision to be baptized, family and friends said.

“Eddison decided on his own to take his relationship with the Lord to the next level,” his mother, Dolores, said. “He has even got his teammates praying with him. The coaches are very happy that he is still on the team.”

Pastor Barry Stokes, who conducted the baptism, praised Munoz as an example to others.

“I admire him as a conscientious and talented young man who was prepared to give up his coveted sports career in order to put God first,” he said. “It’s such a good witness when a young man does this.”

At the baptismal service, Munoz thanked church elder David Patrick and his wife, Angela, for studying Daniel and Revelation with him in preparation for baptism, and he said he looked forward to a life of service for God.

“I have been preparing for three months with David and Angela and enjoyed the Bible studies,” he said. “This is setting me up for life in the church. … It has inspired me to be better.”

He and Patrick are now studying the Gospel of John.

A version of this story appeared on the British Union Conference's website.

Profile
Media Ministry Is Transforming Lives in Fiji
Despite lockdowns and restrictions, more than 600 have been baptized in 2021.
News
Norwegian Bible Society Honors Adventist Couple for Scripture Songs