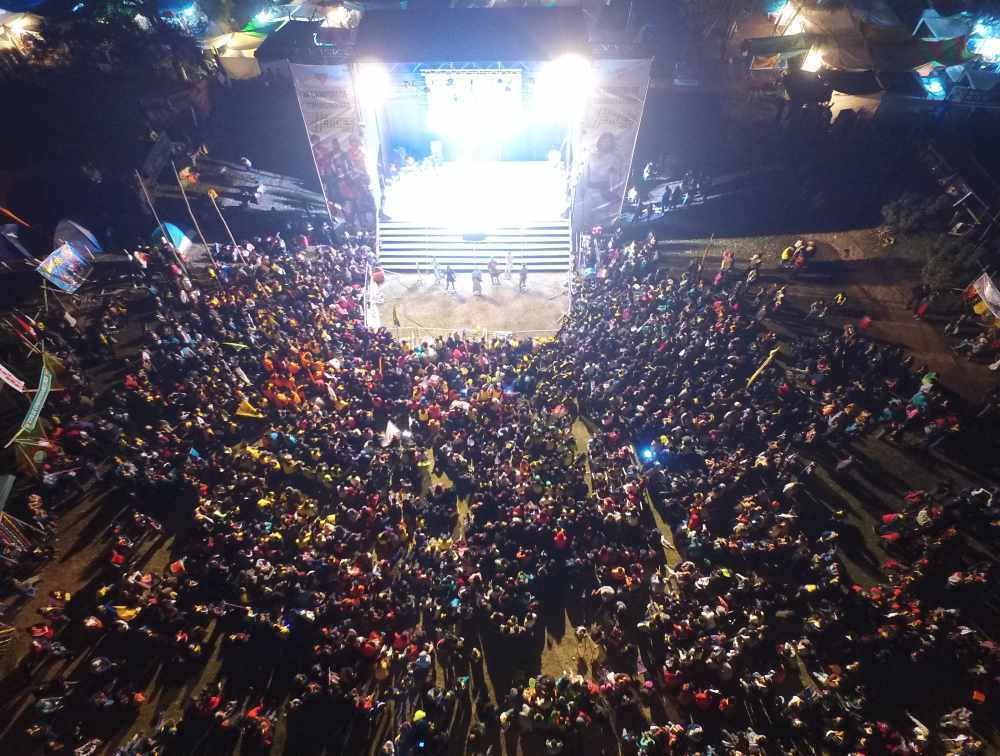 A total of 120 Pathfinders committed their lives to Jesus in baptism at a major camporee of nearly 6,000 children and youth in Peru.

Pathfinders representing 148 clubs descended on campgrounds near Peru’s capital, Lima, from more than 20 cities across the South American country to attend the four-day III Camporee.

“Today I am part of Pathfinders because I was attracted from the start by the discipline that they show — a discipline that prepares us to be better Christians,” Esquivel, director of marching for a Pathfinder club in Arequipa, Peru’s second-largest city, said after being baptized at the Toboganes de Santa Ana campgrounds, where the camporee was held.

The July 27-30 event aimed to foster moral values shown by John, Peter, David, Joseph, Paul, Daniel and, most important, Jesus, in the lives of the young participants, Pathfinder leaders said. The Pathfinders, ages 10 to 15, were encouraged to follow the lead of those biblical heroes of faith and also become heroes who change the lives of those around them.

“God wants to make a faith leader out of you,” Sósthenes Andrade, youth leader of the Adventist Church in Paraguay, said in one of his daily evening presentations to the camporee. “He wants you to be an instrument to help others know Jesus.”

At the camporee, Pathfinders participated in walks, swimming, rappelling, speaking contests, and other activities meant to strengthen teamwork skills and friendships. Camporee signs were made with recycled materials such as bottles, paper, and other resources, giving a distinctive feel to the event that promoted environmental awareness. Among the attendees were members of a binational Pathfinder club formed by Bolivian and Peruvian teens living near Titicaca Lake, the highest navigable lake in the world.

Hundreds of spectators gathered on the campgrounds to watch more than 100 Pathfinder delegations celebrate Peru’s 195th independence day with a march on July 29. The marching Pathfinders wore colorful, folk costumes representative of their regions.

Braving the scorching sun, groups of Pathfinders also made 30-minute treks to nearby villages to distribute religious literature every day. Broad smiles on many of their faces when they returned to camp reflected their joy at having been able to share their love for Jesus.