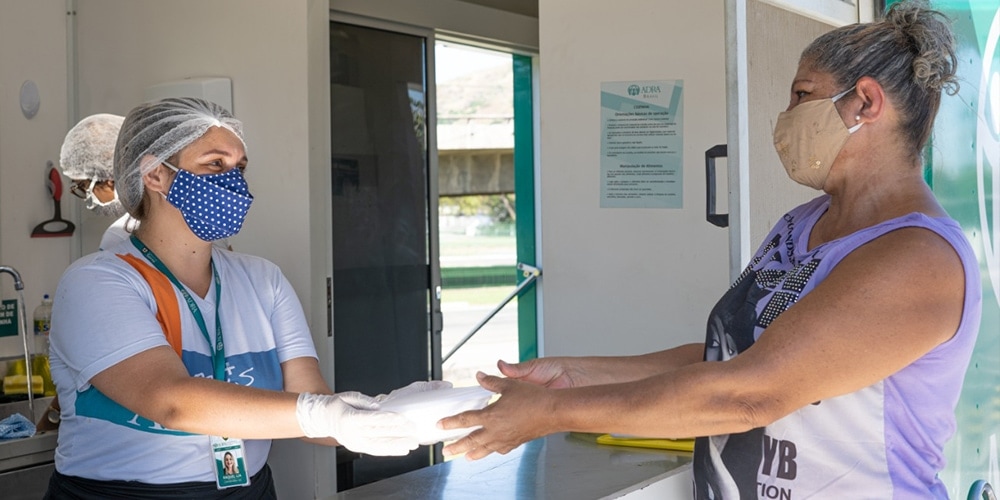 A mobile service unit sponsored by the Adventist Development and Relief Agency (ADRA) in Brazil reached four years serving the needy on June 26, 2020. During those four years, the service trailer has served more than 20,000 people, organization leaders said.

Launched in 2016 as a project to assist communities affected by disasters, it has been on the ground to help victims of natural disasters across the country, including landslides in São Paulo. More recently, it has underpinned the agency’s efforts against COVID-19.

Relief in the Midst of Suffering

“ADRA Brazil’s trailer was created to bring relief in the midst of suffering,” said ADRA Brazil director Fábio Salles. “Natural disasters are common in Brazil, and in the midst of the despair of having lost everything, the services offered guarantee basic care for those affected.”

“During the pandemic, with the increase in poverty and unemployment, our truck continues to guarantee the essentials to maintain the dignity of the most humble Brazilian families,” Salles said. “‘Love on the Go’ is our trailer’s slogan. It is love with justice and compassion,” he explained.

The modified trailer truck has approximately 480 square feet (about 45 square meters) of floor space. It is divided into three compartments, each intended to meet the affected population’s primary needs, according to the agency leaders in charge of the project.

“The first section is used for preparing hot meals, with an output of up to 1,500 meals per shift,” they explained. “The second is intended for washing and drying clothes, and can deliver about 800 pounds [363 kilograms] of clean clothes per day. The third is used to provide psychological support.”

Four Years on a Truck

Cristiane Alejo de Freitas Maximiano and her husband, Tiago, have been coordinating the truck services thanks to a partnership with ADRA Brazil. Cristiane said she has lived through several different realities along the way.

“I have spent time with victims of floods, landslides, and vulnerable people,” she said. “It is something that made me reflect on my love and empathy for others.”

Cristiane believes that by walking in other people’s shoes, we can better understand their suffering and then act in a practical way to alleviate it. “It was then that I understood the meaning of compassion,” she said.

Cristiane and Tiago take care of every task connected to the ADRA trailer, including the logistics and what happens inside. “Being part of this mission has transformed me and my life,” she said.

Serving in Times of COVID-19

With the pandemic triggered by COVID-19 and the need to support many Brazilian cities, ADRA’s mobile unit has moved into action. In 20 days operating in Salvador, Bahia, the trailer volunteers served more than 10,000 meals and washed 11,000 pounds (5 tonnes) of clothes for people on the streets. In the southern state of Rio Grande do Sul, it served shelters where vulnerable people are isolated, offering 3,000 meals and washing more than 13,000 pounds (6 tonnes) of clothes.

In Espírito Santo, where the ADRA trailer is currently stationed, it is scheduled to stay until August, to serve an isolation center for the homeless and a needy local community. More than 12,500 ready meals are planned, in addition to washing an estimated 44,000 pounds (20 tonnes) of clothes.

The original version of this story was posted on the South American Division Portuguese-language site.