Will Not Your Creditors Rise Up Suddenly?

A person, city, or culture that relies too heavily on debt is treading on thin ice. 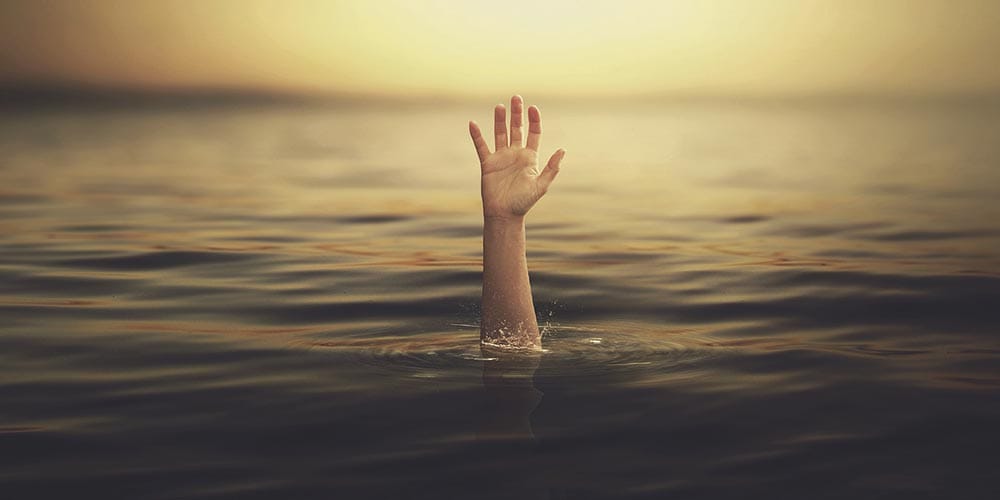 Are you in debt? Just a little bit? Of course you live in a home,  drive a car, and wear nice clothes. But are these things actually yours? How many credit cards do you have? Do you have any car loans or a mortgage? Maybe you’re a recent university graduate with more than US$80,000 of student loan debt. But, you argue, everyone has debt. It’s necessary. Isn’t it?

It has become painfully obvious that the world is drowning in debt. We see the results of heavy indebtedness simply by looking at the events surrounding Greece, watching the slow decay of the Japanese economy, or seeing the personal pain of people who lost their houses in the real estate collapse. Governments, businesses, and people have taken on too much debt. Some to try to improve their place in life, some just to try to maintain the status quo, and still others because it’s what everyone else is doing.

The scale of our debt is staggering. This dependence on debt is leading the world to the brink of another financial crisis. What does the Bible say about debt and end-time events? Is there any specific guidance uniquely relevant today?

Last summer McKinsey Global Institute published a study that put global debt at US$200 trillion. The amount of debt has grown US$57 trillion since 2008, the start of the global financial crisis. China accounts for about US$25 trillion of the increase since 2008. The incredible growth of that economy has been fueled largely by debt. The United States has added about US$40 trillion in debt since 2000. It has managed only to create gigantic financial bubbles.

The prophet Habakkuk wrote about a debt crisis. More than 2,500 years ago he wrote warnings that seem keenly appropriate today. “Woe to him who increases what is not his—how long? And to him who loads himself with many pledges? Will not your creditors rise up suddenly? Will they not awaken who oppress you? And you will become their booty” (Hab. 2:6, 7).*

The prophet’s words are very poignant today. They describe Western society and materialism well. We have indeed tried to increase our possessions by loading ourselves with many pledges or debt. We can add another US$25,000 to our credit line—after all, it adds only a couple hundred dollars a month to our payments. “How long?” the prophet asks. How long until it catches up with us?

The prophet’s warnings should be well heeded, as creditors can “rise up” suddenly. But just what does “rise up” mean? Governments have “kicked the can down the road,” trying to give an impression of stability. The limits of borrowing are being reached, and now the clouds of collapse are looming on the horizon. When governments run out of money and banking systems become unstable, even those with significant savings may quickly find themselves without access to their cash. Is that really possible? Can the government hold personal savings or wealth?

Habakkuk was writing about the king of Babylon, although ancient Babylon did not ultimately succumb to a debt crisis. Perhaps he was warning a future Babylonian “kingdom.” We do know that there have been many debt crises in the world throughout history, but the crisis today is of unprecedented proportions as it impacts the entire interconnected global economy. Yet many are completely unaware of the situation.

Listen to Habakkuk’s description of this nation. “He is a proud man, and he does not stay at home. Because he enlarges his desire as hell, and he is like death, and cannot be satisfied, he gathers to himself all nations and heaps up for himself all peoples” (verse 5). Who is this nation of insatiable appetite? Who tries to gather up the entire world for himself? And how does this fit in with today’s economic situation?

The locus of the current crisis can be largely attributed to changes that took place in the 1980s. The United States transformed from an industrial economy to a consumer-based society built on the increase of the easy availability of debt. Corporations began offshore production, sending jobs overseas to countries with cheaper labor. Technology allowed for great increases in productivity. The results were tremendous gains in the stock markets, real estate prices, and wealth.

Other developed nations followed suit, though not to the same extent as the United States. Emerging economies were quick to seize the opportunities and become industrialized nations. They jumped onto the economic bandwagon that promised a more lucrative and prosperous future. They built gadgets and technology to ship back to developed nations, who eagerly bought them with their borrowed money. The global economy was hooked to easy money like addicts are hooked to their favorite new drug. The global economy became addicted to debt and the need for an ever-expanding supply of funds and material things.

Think about it: How much stuff do you have that you didn’t even know you wanted until you were out shopping and saw it? Worse still, think about all the stuff you’ve purchased that is packed away somewhere in a box, or worse, in a rented storage unit each month.

Since the mid-1980s interest rates around the world have been falling. They have fallen steadily from about 15 percent to the nearly 0 percent rates today. This drop in interest rates has allowed the continued increase in debt over the past three decades. With interest rates near zero, it was believed that debt could be increased without limit. But many nations have found that this situation can turn against them in a flash, with creditors rising up suddenly to demand payment.

Smaller nations with large debts have been the first to be impacted. Larger debtors in the world are now beginning to be affected: China, the Eurozone, and the United States. The United States is seemingly being forced into a corner to raise interest rates. How long will it be until many indebted companies and individuals find themselves in default on their loans? Can most families afford mortgage payments if the interest on the loans doubles or triples?

The societal impact of this growth in debt has been and will continue to be devastating. My parents moved to Toronto, Canada, in the early 1970s and bought their first house for around C$30,000. They sold it 25 years later for more than 10 times that amount. This was certainly not unique to them. And don’t get me wrong: They were delighted about the increase in the selling price. Their story was reflective of massive gains in real estate prices in the 1980s and 1990s. This was facilitated by the rapid increase in the availability of debt. Although in Canada this real estate bubble continues to grow, the rest of the world saw prices collapse in 2008. Many families lost their homes or watched their homes suddenly lose more than half their value.

Debt is quickly becoming unsustainable no matter how low the interest rates. This isn’t just true for the individual. It’s impacting everyone.

Since 2008, housing prices have partially recovered, but are still regionally inconsistent. Household income gains, however, continue to lag behind. Housing remains a large cost to families. Unlike my parents’ generation, today both husband and wife need to work full-time to afford to own a home. Children are often sent to daycare while parents work. Have parents become less available to guide their children in their formative years? Are families more stressed than they used to be? Are money worries becoming a major factor in marital strife?

Another aspect of debt was the media onslaught that was just starting in the 1980s. Lifestyles of the Rich and Famous was a popular TV show. A generation of TV watchers grew up worshipping celebrities and desiring their opulence. Covetousness was turned into an art form called advertising or marketing. Extracting money from consumers became a science. We were led to believe that prosperity could last forever, without limit. We just needed to apply for more credit cards. Financial freedom was just around the corner. But did our growing mountain of debt give us financial freedom?

Now, 45 years after going off the gold standard and printing unimaginable amounts of fiat currency, we may be on the verge of the fulfillment of these words of Hosea 8:7: “They sow the wind, and reap the whirlwind.”

Debt is quickly becoming unsustainable no matter how low the interest rates. This isn’t just true for individuals; it impacts everyone. Countries, corporations, and individuals are teetering on the brink of financial ruin. Commodity prices and currencies are crashing. Countries are defaulting on their obligations. Economic growth is stagnating. Even the stock market, the last beacon of financial hope, is faltering. Our economic doctrine that requires an ever-growing level of output funded by an equally growing amount of debt to be sustainable is being exposed as the ultimate Ponzi scheme. “Woe to him who increases what is not his—how long? And to him who loads himself with many pledges? Will not your creditors rise up suddenly?”

We are called to manage all aspects of our lives in a way that reveals to the world around us that this earth is not our home and that the long-expected Second Advent is near, even at the door.

Tim Aka, CFA, serves as an associate treasurer and investment manager at the General Conference of Seventh-day Adventists in Silver Spring, Maryland.