The great pleasure of worshipping a God who doesn’t give up. 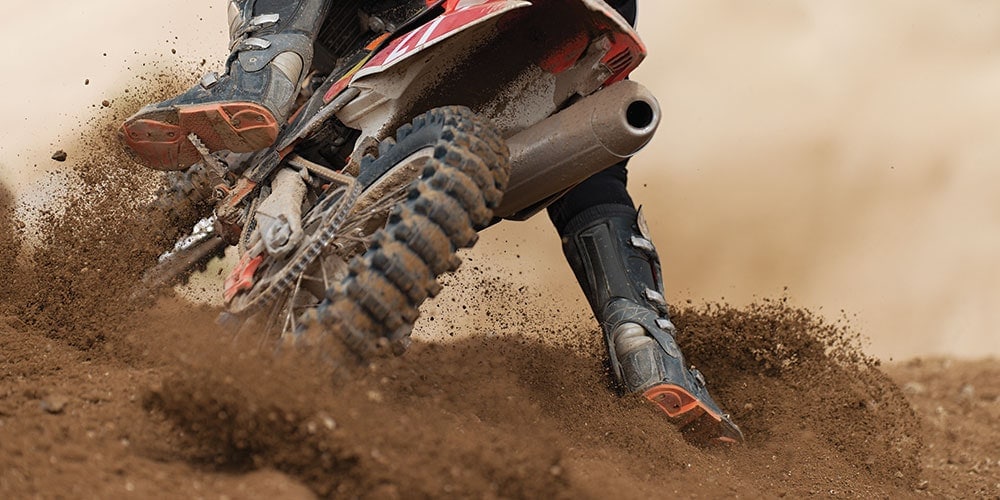 Richard woke up, confused. Where am I? he wondered. Looking around, he noticed that he was in a hospital room. What happened to me? All he could remember was the race.

The Need for Speed

Richard Leeper was in the prime of his life. He had a loving wife, two beautiful daughters, and a good job. He and his family lived in Loma Linda, California. But the true love of his life was motorcycles. He loved everything about them, especially racing them.

For six years racing had become the biggest part of Richard’s life. He used every spare moment to race or work on his bike.

Richard had been raised in a conservative Adventist family. His father was a pastor and teacher. Richard grew up keeping Sabbath and attending church every week. But the more Richard became enveloped by the racing world, the less he went to church. Races were always on Sundays, so he began to spend Saturdays working on his bike and preparing for races, while his family attended church. As his love for racing grew, he felt more guilty about leaving the church. The guilt made him angry and bitter.

Richard clearly remembers one Saturday night in particular. He was in the Midway Cycle Shop working on his bike. His thoughts were reeling, and frustration was growing. In a fit of anger he stormed outside, shook his fist at the sky, and yelled, “God, get out of my life! Leave me alone and don’t bother me anymore!”

A Split second Changes Everything

Not long afterward, on a typical Sunday at the races, Richard was gearing up. That week’s course in Perris, California, was particularly treacherous, with rough terrain.

The competitors lined up their bikes at the starting line, revving their powerful engines. The gun blasted, and they tore off over the course. Suddenly, the front wheel of Richard’s motorcycle spun out. He crashed, hitting the ground hard. He was out cold.

In a fit of anger he yelled, “God, get out of my life! Leave me alone and don’t bother me anymore!”

Immediately Richard’s brother-in-law picked up his mangled body and called an ambulance. The EMT rushed him to a doctor near the raceway. The doctor said that because of the type of crash Richard was in, he needed to be taken to an emergency room right away.

Once there, Richard was tested and observed by neurologists. They discovered that he had sustained a traumatic brain injury that had paralyzed the right side of his body.

Three days later the neurologists told Richard’s family that he might not live through the rest of the day. They said that later that day they were going to perform a risky surgery that might give him a fighting chance. The surgery involved boring a hole in his skull to relieve pressure that had built up around his brain. It wasn’t a guaranteed success, but it could help.

The family’s pastor was asked to come and have a service of prayer and anointing for Richard.

A few hours later, when the doctors came to take Richard for surgery, they noticed significant changes. The reflexes on his right side had returned, and they could tell the pressure in his skull had diminished. With such a drastic and surprising improvement, doctors decided to wait to see what would happen.

The following Sunday Richard woke up.

His wife and the doctors told him about the accident. He’d been unconscious for a week.

“I kept remembering my conversation with God just a few weeks earlier,” Richard said. “I kept thinking, If everything the doctors are telling me about what happened is true, and if God really saved me after I had rejected Him, then He certainly is a merciful God. I need to find out more about Him.”

In the following weeks Richard began to notice that he was a completely changed man. His attitude was different, and he had a strong desire to go to church and learn about God. Every area of his life seemed to have improved, from his family life to his work life. He noticed that he was enjoying it all so much more. God had saved him and given him a second chance.

“God is good,” he says. “He loves us and cares for us even when we refuse to accept that love.”

Today Richard lives in Loma Linda, enjoying retirement with his wife, Earlene. Richard has four daughters, two sons, grandchildren, and great-grandchildren. He fills his life with family, God, church, and the occasional round of golf.

He knows from experience the truth of this promise: “And the prayer offered in faith will make the sick person well; the Lord will raise them up. If they have sinned, they will be forgiven. Therefore confess your sins to each other and pray for each other so that you may be healed. The prayer of a righteous person is powerful and effective” (James 5:15, 16).