What God Does With Failure

Failures don’t stop God, or even slow Him down. 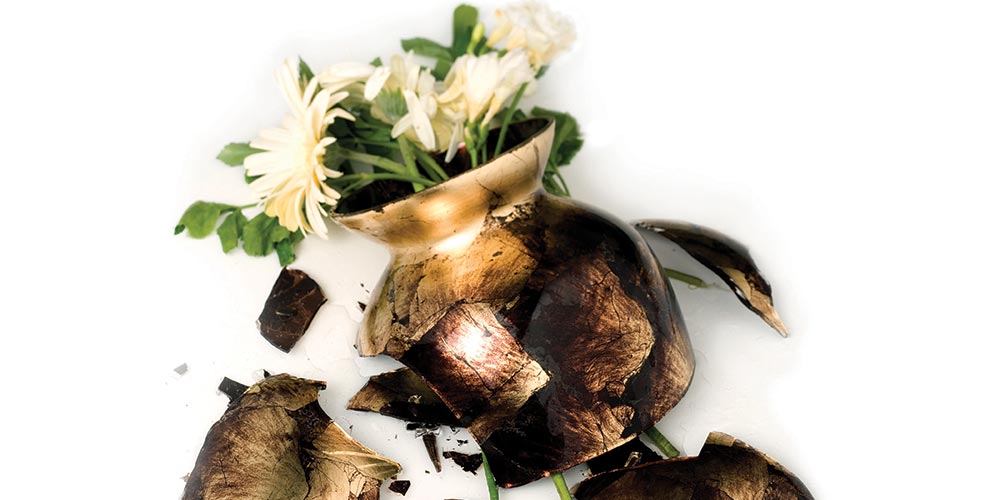 I had failed God. Back then I was a theology student, a pastor in the making, the one who was supposed to represent God, and there I was—a failure. I got caught up with people I shouldn’t have.

COULD NOT BE WORSE

You should have seen the looks on my family's and friends’ faces, the disappointment in their words, the way they all shook their heads and turned away, as if my guilt were too much to behold. My guilt was certainly too much for me to bear. I don’t know how often I berated myself, thinking, Why did I do that? Am I really a Christian? If I really were following Christ, I wouldn’t have done something like that. God, what if they reject You because of me? I know I wanted to be a good example, to show them the way to You, but now all they likely see is hypocrisy. I’ve failed You, God. Forgive me.

Maybe you have known similar shame. Perhaps you cut corners when no one was looking; maybe your spouse caught you doing something you shouldn’t have; or maybe someone you cared about needed help but you were too busy. Sometimes we hide skeletons in our closets and pray no one discovers them. But whatever the scenario, we fight this throbbing guilt that whispers, “You’ve failed God.”

The next generation of Israelites was in the Wilderness of Zin, where their parents had been before. But no water was to be found: no wells, no springs, and their personal water jugs were completely empty. So they complained to Moses and Aaron. When Moses and Aaron took the matter up with the Lord, He told them to take Moses’ staff, gather all the people before the rock, and speak to it to yield its water.

But in his anger, perhaps frustrated with the Israelites’ complaining and faithlessness, Moses struck the rock instead of speaking to it. Water gushed forth and the people and their animals’ thirst was still quenched. But God told Moses (verse 12), “Because you did not believe in me, to uphold me as holy in the eyes of the people of Israel, therefore you shall not bring this assembly into the land that I have given them.”1After all those decades of wandering in the desert, Aaron and Moses would not enter the Promised Land. Can you imagine being in their shoes, having led Israel so far, tolerated so much, yet hear that you would no longer reach the Promised Land?

At first glance God’s sentence seems harsh. How bad was Moses and Aaron’s offense, after all? The answer deserves our careful attention. First, Moses let his emotions override his faith. If we’re honest with ourselves, we sometimes let emotions get in the way of better judgment as well.

A story in the Minneapolis Star Tribune told of Judge John Weeks, who spotted a man in the rear of his Minneapolis courtroom wearing a hat. Disturbed by this disregard for court decorum, Judge Weeks ordered the man to leave. Then the clerk called for the burglary case of George Rogde, who had been freed on bond, but Rogde didn’t come forward. “Your Honor,” said the prosecuting attorney, “that’s the man you ordered out of the courtroom.”

Our emotions, particularly anger, often imperil good judgment, and sometimes impel us to do things we regret. In his anger Moses ended up gravely disobeying God.

Second, Moses usurped the credit due God. In Numbers 20:10 he said, “Shall we bring water for you out of this rock?” as if he and Aaron, not God, would bring the miracle.

Moses may have failed God, but God didn’t fail Moses.

The story is told of two ducks and a frog who were all best friends. All day long they played in the pond where they lived. But as the hot summer days came, the pond began to dry up, so they had to find a new place to live. The ducks could always fly to a different pond, but what about the frog? It was decided that the two ducks would each hold the ends of a stick in their bills, and the frog would hang on to the stick as they flew together to another pond. As they were flying, a farmer in his field looked up, saw them, and exclaimed, “Well, isn’t that a clever idea! I wonder who thought of it!” The frog said, “I did!” The frog took the credit.

Moses and Aaron did the same. But it was God performing the miracle; they were merely conduits of His power.

I remember when I learned to write cursive. My teacher gave me a worksheet covered in rows of lines. Each row began with an example of that letter in cursive: a capital “A” and a lowercase “a”; a capital “B” and a lowercase “b,” and so on. We were told to write each letter a certain number of times. I started each row by copying the perfect cursive example. But as I continued writing along the row, I’d copy my previous messy letter. So as the row went on, each letter became less like the perfect original. So it often is with the nature of our character: we copy our familiar imperfections rather than the perfect original, God. Thus we fail to uphold His holy character.

This is not to say that there is no hope for us when we fail God. For what did God do when Moses failed Him? He punished him for his disobedience, but He still extended mercy. Why did God still bless despite His leader’s failure? Numbers 20:13 says, “These are the waters of Meribah, where the people of Israel quarreled with the Lord, and through them he showed himself holy.” If we as God’s chosen people fail to rightly represent Him, a God gracious and full of mercy, slow to anger and abounding in steadfast love, He will do it Himself.

Moses’ story doesn’t end with his punishment. We aren’t left with a tragic picture of a man of God allowed only to glimpse the Promised Land from afar. Instead, Moses was called to a better Promised Land. Jude 9 says, “But when the archangel Michael, contending with the devil, was disputing about the body of Moses, he did not presume to pronounce a blasphemous judgment, but said, ‘The Lord rebuke you.’ ”

Ellen White wrote, “In consequence of sin Moses had come under the power of Satan. In his own merits he was death’s lawful captive; but he was raised to immortal life, holding his title in the name of the Redeemer. Moses came forth from the tomb glorified, and ascended with his Deliverer to the City of God.”2 Though Moses failed God and rightfully deserved the punishment pronounced upon him at Meribah, God again upheld His own holiness by granting Moses grace through passage to a more glorious Promised Land. Moses may have failed God, but God didn’t fail Moses.

So it is with us. Though we may fail God, God doesn’t fail us. God has chosen each of us to lead people into greater understanding of who He really is. He has chosen each of us to reflect His holiness. But inevitably, there are times we fail. In those times it’s easy to be overwhelmed by guilt. It's easy to wonder, “Have I really been transformed by Jesus?” It’s easy to wonder, “What if someone rejects God because of my failure?”

But our story doesn’t end there. God still shows Himself holy even when His people don’t. Though we may fail God, God doesn’t fail us.

As we recall our failures, instead of getting lost in guilt, let's give our failures to God. Confess them and repent of them, but then surrender all the shame that comes with them. Don’t give in to the lie that God has abandoned you. Though we may fail God, God doesn’t fail us.

Chelsy Tyler is a research intern at the General Conference of Seventh-day Adventists. Prior to that, she pastored in Arlington, Texas.